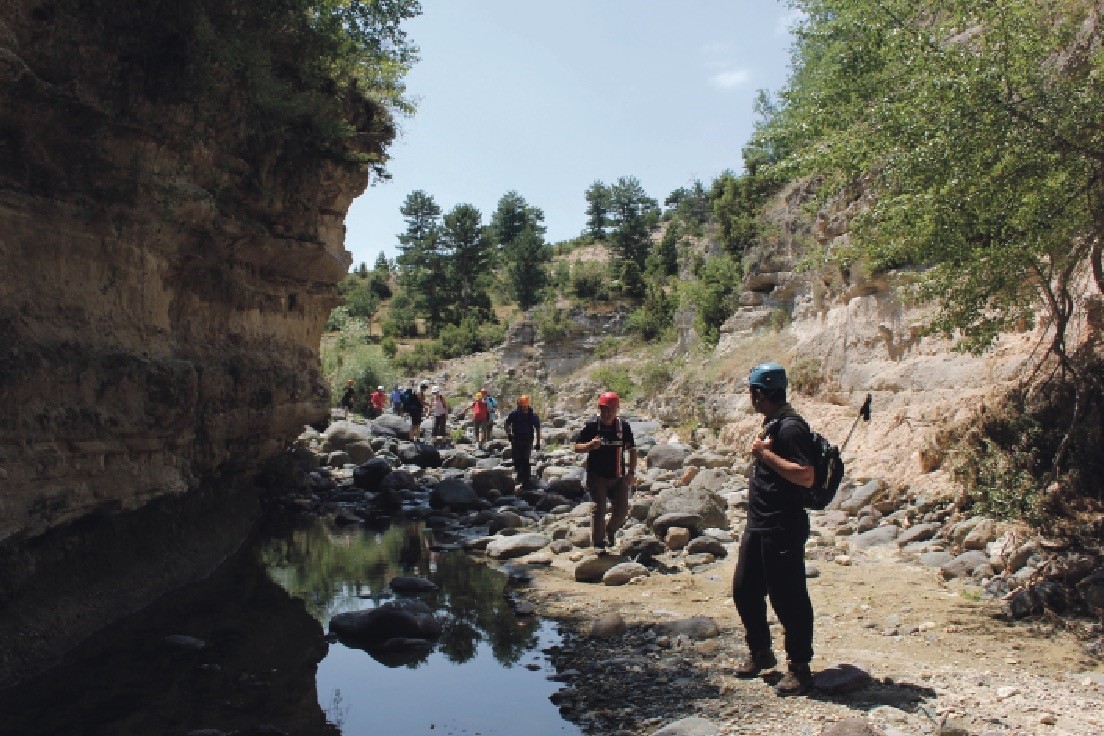 As a part of the "Bolu: The Heart of Nature" campaign, new trekking routes and canyons have opened for nature lovers.

Located in the middle of big cities like Istanbul and Ankara, Bolu aims to be a hub for nature sports. The Bolu Municipality initiated a project in 2013 to lure sports lovers and tourists to the city which is home to numerous natural beauties and national parks such as the Yedigöller National Park and the Abant and Gölcük nature parks.

Meanwhile, both the municipality and the Bolu Culture and Nature Association organize trekking events based on the demands they receive from local and international tourists and nature lovers.

What makes the trekking routes in Bolu different from the other routes in Turkey is that everybody young and old alike can find a route suitable for their age and health condition. Additionally, parents who want to take their children to the heart of nature can hike in the trekking routes as a family as well.

Speaking to an Anadolu Agency (AA) correspondent, Bolu Municipality Mayor Alaaddin Yılmaz said 65 percent of the city is covered in dense forests and continued: "Currently, we have completed a 2,100-kilometer-long new trekking route. Those who are interested trekking and nature sports can easily access the necessary information on the municipality's official website."

Stressing the fact that the longest trekking route in Turkey is now in Bolu, Mayor Yılmaz said they are aiming to extend the route to 3,000 kilometers. Yılmaz further noted that Bolu's geography is suitable for all types of nature sports. "Everybody who loves trekking and cycling can come to Bolu. After a nice long session of trekking and hiking, they can return to their hometowns energetic. We invite all nature lovers to Bolu." Mayor Yılmaz also offered information on the newly discovered canyons. He claimed that the canyons of Bolu are similar to the American canyons which are frequently featured in Hollywood films. "Canyons in Seben and Kıbrıscık in Bolu are no less than the canyons featured in Hollywood movies. Bolu's nature and wildlife is matchless. We aim to make Bolu a hub for healthy living; Bolu will be a city of tourism, sports and health," Mayor Yılmaz added.