Antalya, the city of flowers, blooms in international arena 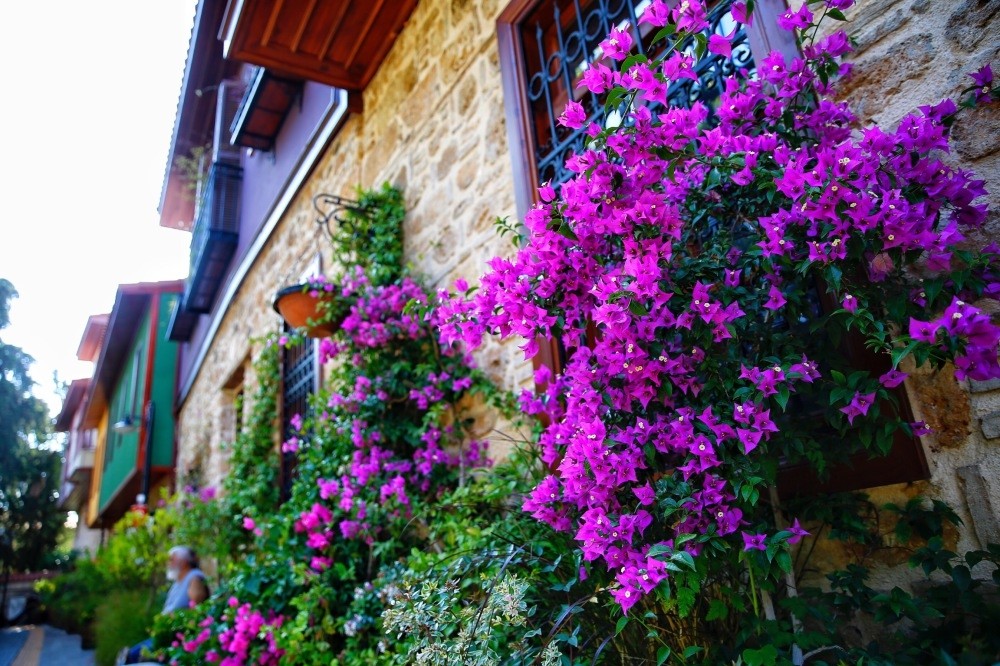 Antalya, which has received many awards for flowers in international contests, provides 95 percent of Turkey's flower exports

Antalya,a tourism paradise visited by millions of tourists every year, is not just about sea, sand and sun. Loved for its nature, historical monuments, plateaus and diving areas, the city has also made a name for itself with its flower production.

Antalya, whose streets are decorated with orange flowers, and the Taurus Mountains with peonies in the spring, is at the forefront of ornamental plant exports.

Chosen as the "Golden City of Five Flowers" in the Communities in Bloom contest in Canada, Antalya has also become the pioneering city for Turkey's cut flower exports.

Cut flowers are exported to 36 countries, including the Netherlands, U.K., Germany and Romania, especially from Antalya, which has great endemic plant diversity.

Bağdatlıoğlu pointed out that the main center for the cut flowers in the country is Antalya.

Noting that ornamental plants are not only grown in pots at home on balconies, Bağdatlıoğlu said: "Ninety-five percent of Turkey's cut flower exports are provided from Antalya. We have reached the position to sell goods to supermarkets in Europe and other countries around the world. Now Antalya is the first city that comes to mind regarding cut flowers."

Bağdatlıoğlu said that Antalya, in which flower production is done on thousands of acres, has become Turkey's city in bloom, adding that the city is in fifth in outdoor plant production and first in cut flowers.

"From Antalya, which reached $35 million in ornamental plant exports last year, $25.5 million worth of flowers of different species, including roses, carnations, chrysanthemums, lilies, wedding flowers and gerbera, were exported," Bağdatlıoğlu said, suggesting that about 500 endemic plants in Antalya should be rehabilitated and exported.

Deniz Soydan, who makes bouquets for export, said that she has made bouquets in different colors and models ready for sale, noting that even though it is a tiring job, touching flowers is a different feeling.

Hediye Çetin added that spending time with flowers gives her peace, and she occasionally makes bouquets for her husband, as well.