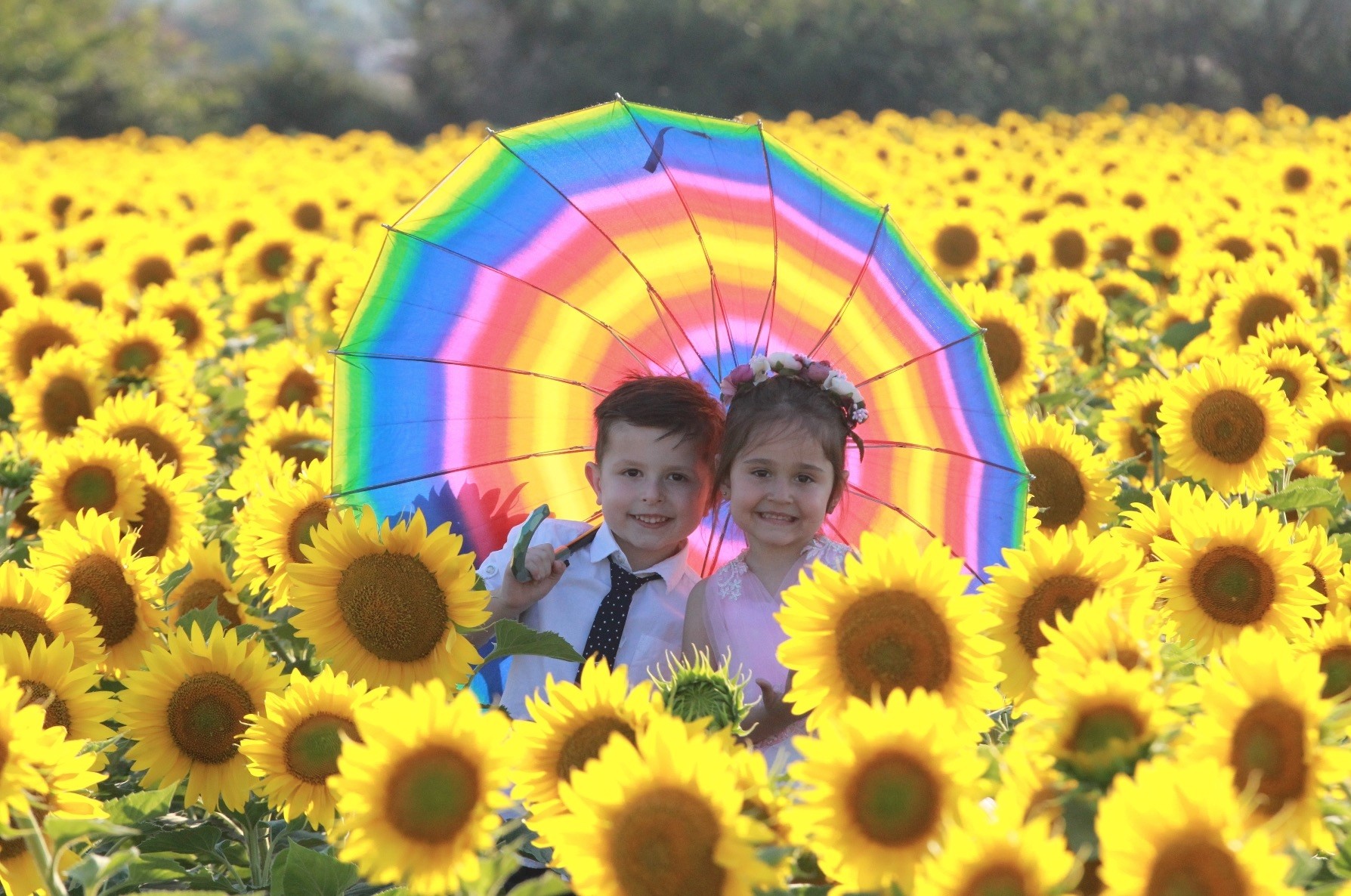 In Thrace, which meets a significant portion of Turkey's sunflower needs, the sunflower fields are called "nature's blonde bride." Now, they are being increasingly used for photo shoots.

The sunflowers fields in the region steal the spotlight with their different shades of yellow. Featuring a distinctive beauty, especially in the early hours of sunset, the fields are preferred by many professional photographers for open-air studios.

Those who do not want their photograph taken under artificial light are taken to the sunflower fields that offer abundant natural light and incredible depth of field. More often than not, couples are seen posing with accessories like an umbrella or a violin, to add some character to the photo shoots. Especially at the weekends, the region attracts numerous newly-married couples for photo shoots.

Kırklareli Chamber of Agriculture Chairman Ekrem Şaylan told Anadolu Agency (AA) that they have seen the trend grow over the recent years.

He said that the sunflower fields mainly draw people's attention during the blooming season and the farmers were also pleased to see people posing in their fields.

Professional photographer Ufuk Şumnullu pointed out that they can capture more beautiful shots in the open air with the blooming sunflowers in the background. He said that newly-married couples, in particular, want their photos taken in this natural setting.