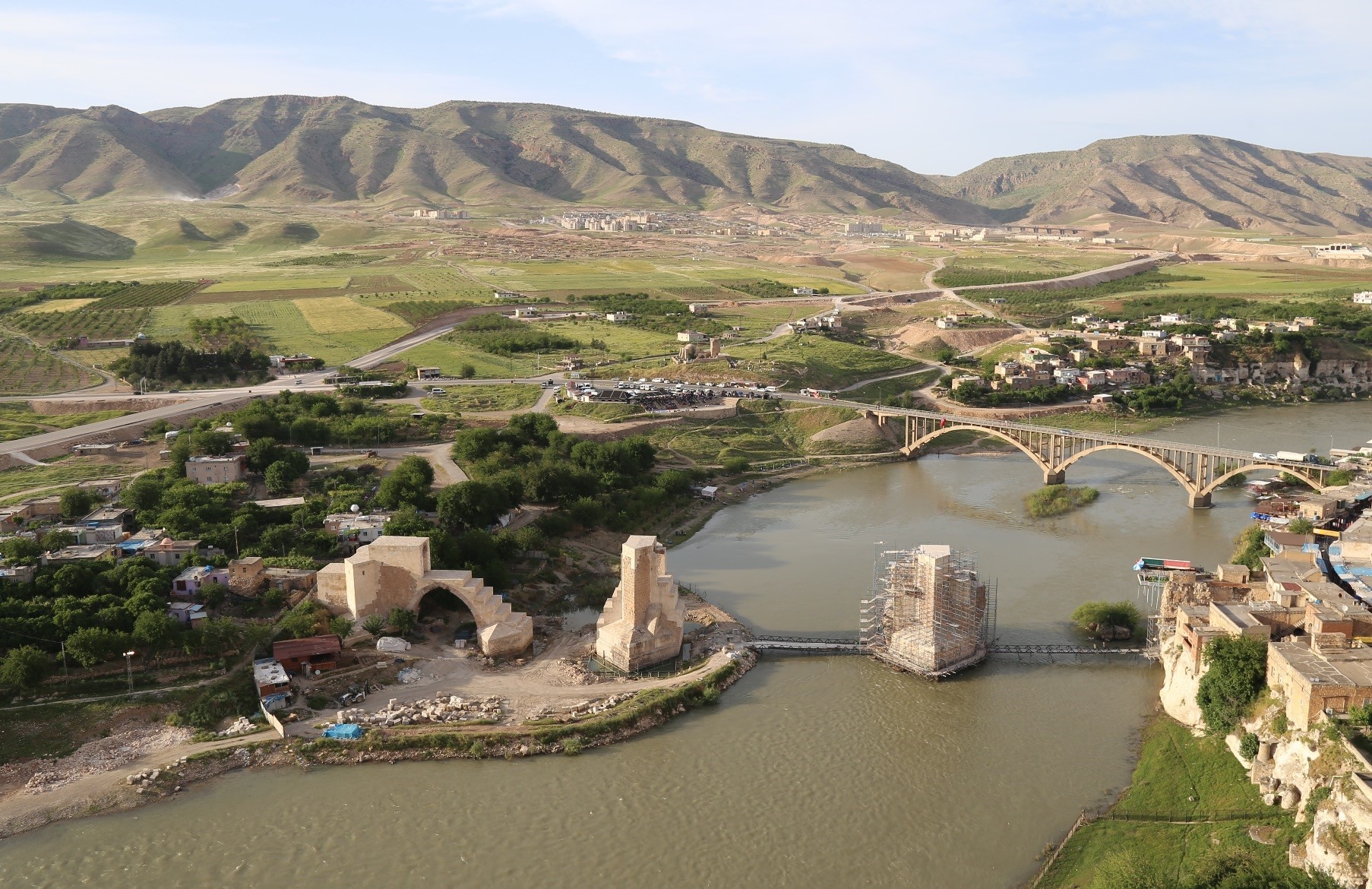 In the context of the Ilısu Dam Hydroelectric Power Plants' (HES) project, Cultural Heritages Preservation and Rescue Studies, one of the structures submerged by a dam, Zeynel Bey's Tomb, has been moved to a new location in Hasankeyf in Batman. Preparations are underway to move Imam Abdullah's Tomb, the Artuklu Bath, the minaret of the Er-Rızk Mosque, Orta Kapı, the Süleyman Khan Mosque, the Yamaç Complex, the Kızlar Mosques and the Koç Mosque.

In addition, improvements have been initiated for historical artifacts that are expected to be submerged by development of the dam; thus, the piers of the historic Roman Bridge, one of the symbols of Hasankeyf, will be improved, while limestone caves will be filled against downfalls.

A wall stretching 1 kilometer in length is being bonded to protect Hasankeyf Castle. To prevent possible damage to the castle, the wall as well as its stones, which are at risk of falling down at the areas closed to caterpillars, will be handled by mountaineers.

Since they began work to improve monuments expected to be submerged under water and to protect immovable ones on-site, Baygüven said: "The expected amount allocated for improvement expenses is TL 100,000,000."

Noting that improvements are necessary to reopen Hasankeyf Castle to tourism, Baygüven added: "Studies will become effective in a short time. We are working on the piers of the historic Roman Bridge, which are to be submerged. There will be organized diving tours in the future."

The head of the Hasankeyf Cultural Foundation, Ahmet Akdeniz, said that the district will offer diving tourism along with improvements in the monuments, which will be submerged by the dam.

Ali Ayhan stated that construction is being launched to better the district, adding: "All these works are conducted for the future of Hasankeyf. The government is protecting and improving our history for a brighter future."