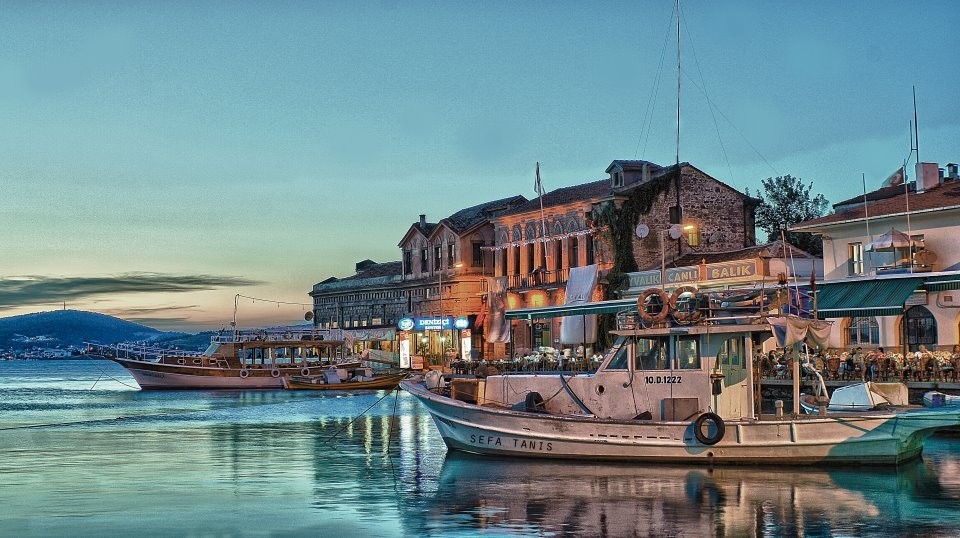 Bearing the traces of ancient Greek civilization, the Aegean island of Cunda, ‘scent' in Greek, is a perfect getaway for those who want to relax at a remote, authentic destination that offers history and nature

The Aegean Sea is full of bays and islands, and each spot is a hidden paradise. While some of these bays are desolate, some have not even been set foot on. In the midst of all these beauties there are still undiscovered natural wonders and one of these is the island of Cunda, meaning "scent" in Greek.

The island, adjacent to Balıkesir, is located in the town of Ayvalık. The history of Cunda Island dates back to ancient Greece. Bearing historical heritage in addition to its natural beauty, today the island hosts tourists from all nationalities.

Fortunately, I think that Cunda has maintained its unique textures and spirit. In other words, it has not been sacrificed to tourism. There are still old village streets, historical houses and roads that have not even been paved in asphalt yet.

For accommodations that suit this natural texture of Cunda, I recommend the Ortunç Hotel. It is utterly a paradise. The hotel, with its bay that resembles a pool, stunning architecture comprised of short-storied blocks with pine trees all around it, is merely unseen within Cunda. This secret treasure is hidden in nature.

Orhan Tunç, who is originally from Kütahya, saw the bay in 1960 when he was a young man and fell in love with it. He bought the land that lies on this bay which, at that time, was pretty unkempt, full of rocks and seaweed after taking out a loan. He says, "It's not easy at all for a person to find something he or she loves in life. That's why you should not let it go when you find it."

For this reason, he began to live in a flimsy hut on Ortunç Bay where he now spends his summers with his wife Necla. In 1980, he began to operate the modern Ortunç Hotel. Onur Tunç aims to continue the same mission of the hotel, which offers a natural atmosphere of purification despite all its modernity, to the younger generation representative of the Ortunç Hotel. 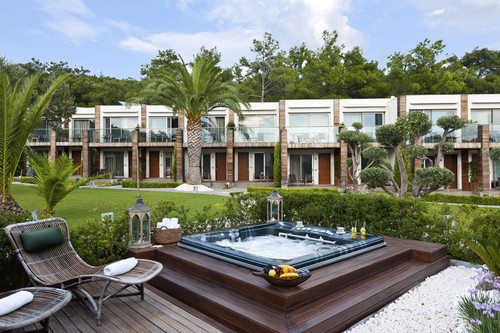 Having received education in tourism in France and having traveled to many countries around the world, Onur Tunç is also a huge fan of sea sports. He offers his family's passion for nature by blending it with the facilities of the modern world for hotel guests. Obviously, he is representing the renewed face of the Tunç family.

The Ortunç Hotel consists of 40 rooms in three different floor plan types. The rooms, designed with an "eco-chic" concept, are minimalist. The facility offers its own water purification system and utilizes solar energy, as well. Even the laundry room boasts a water purification unit. None of the detergent remains are poured outside.

Maybe this is why the sand, when walking along the shore of Ortunç, shines like gold and unique fish species that cannot be seen anywhere else can be seen here.

Green, grassy areas, purple lounge chairs and a restaurant section offering delicious gourmet flavors, and the beach bar next to the sea, offer pleasant times. I suggest that you to try the quinoa salad with caramelized beets from the restaurant during the day.

In the evenings, on the other hand, you must try the "meze" or "appetizer" bar of the restaurant. As a main course, the beef ribs with risotto are delicious. There are also many varieties of fish caught daily on the island of Lesbos and served piping hot.

Among the desserts, on the other hand, the chili pineapple is utterly a legend! I congratulate Chef Ulaş Aslan. In addition to the delicious food, the smiling faces of the service personnel and the ambiance of the restaurant are also refreshing.

In addition to the summer months, the hotel is also in demand during fall and winter. Cunda's serenity is also evident in the lovely groups of people chatting around the fireplace. Corporate companies also hold activities and meetings here. During the summer time, weddings and even famous celebrities replace these business people's activities. In short, life doesn't stop all year round in Ortunç.

The organic products you will see being served in the hotel's restaurant are the work of Necla Tunç, under the brand of "Necla." The Tunç couple has a 170 acre-farm that is located just 45 minutes from the hotel. As a matter of fact, all the vegetables and fruits come to the hotel from their farm. Mrs. Tunç has turned her agricultural production into a social responsibility project. She produces olives, olive oil, soaps and many other products in special packages and sells them at the hotel for the benefit of a fund.

The hotel's SPA, on the other hand, offers a separate comfort area. It's very cute and modest. I suggest that you get a reflexology massage. Likewise, the outdoor Jacuzzi between the palm trees is also rather enjoyable.

When you go to the center of Cunda, on the other hand, the first place you must stop at is the Taksiyarhis Museum, operated by the Rahmi Koç Foundation. This church, which was built in 1873, was restored and turned into a museum. Right now, there are antique cars, old toys and many more collection items here.

After this visit, you can enjoy a cup of coffee at the Aynalı Cafe, have a light snack at the Orman Cafe, taste lokma or Turkish delight at one of the dessert shops located along the shoreline. The things you must definitely buy are the olive oil and olive oil soap. Make sure to discover these products that are known as natural, dermatological remedies. You can make good memories and bring some delicious products back with you when you leave Cunda.