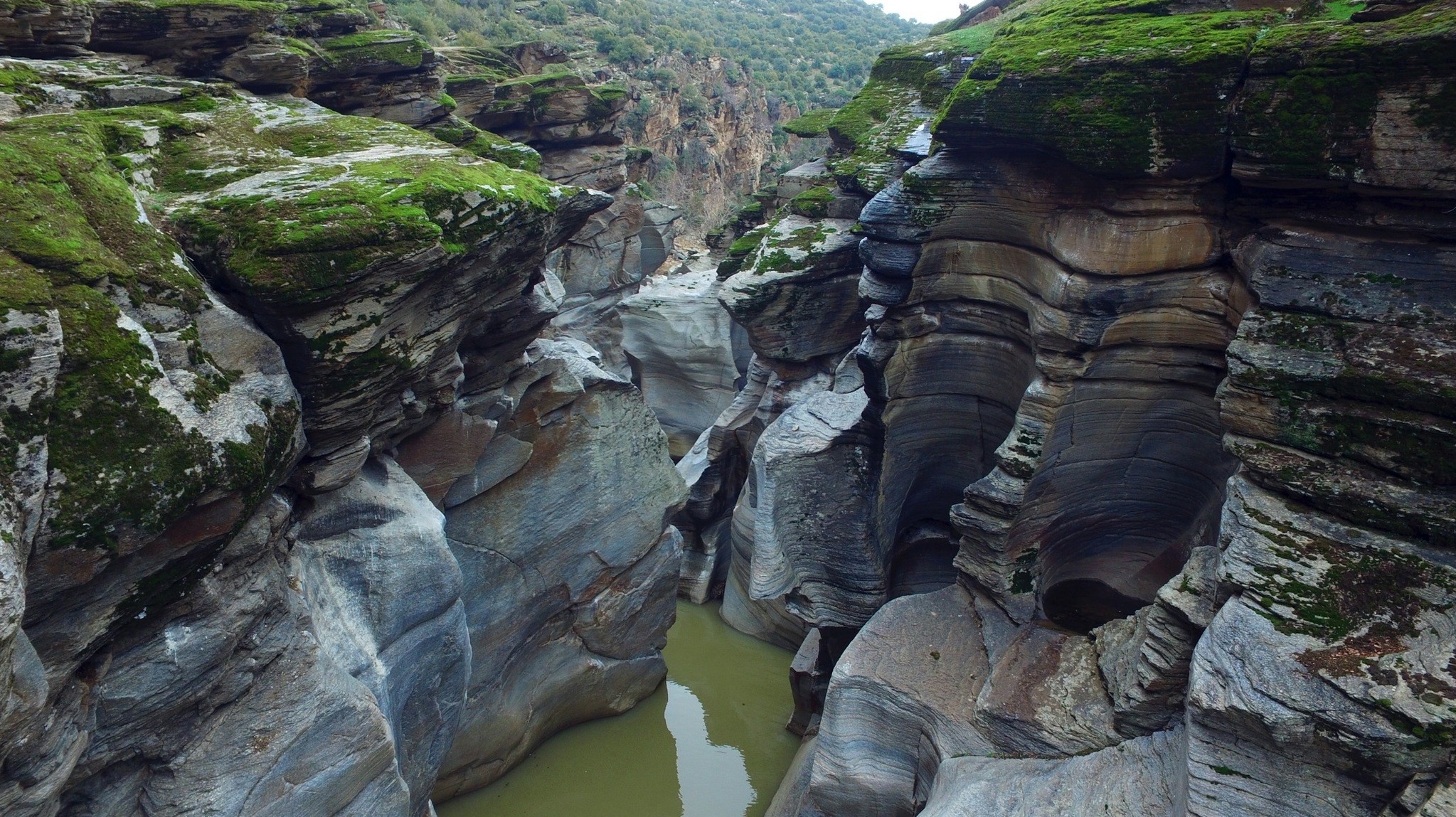 Home to the world-famous Croesus treasure and the second longest canyon in the world, Uşak province is gaining widespread attention for its history, which dates back 2,000 years

Precious treasures recently uncovered in excavation works and its massive canyon Uşak make one of the provinces worth exploring in Turkey. In the city of Uşak, you can both witness the history of the region while enjoying stunning views of natures beauty.

Known during ancient times as "Temenothyrae," Uşak saw its first continuous settlements established during the Bronze Age, while the first organized states known to have ruled over Uşak were the Phrygians on the eastern side and the Lydians in the west. Home to many ancient civilizations throughout history, Uşak province was ruled by the Ottoman Empire before the formation of the modern Turkish Republic. 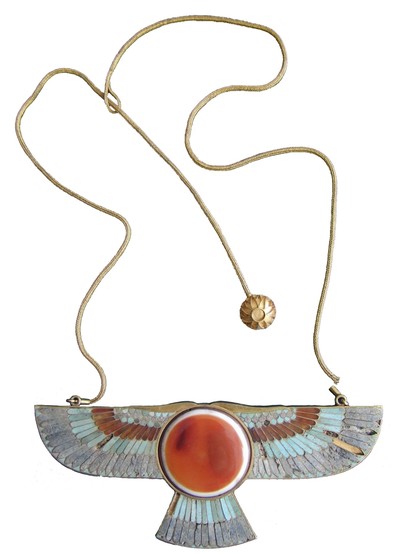 The Croesus Treasure is a collection of 363 valuable Lydian artifacts from the seventh century B.C.

Home to many ancient artifacts that reveal the history of the province back to 2,000 years ago, Uşak is home to many notable relics and the Croesus Treasure is one of them. The treasure, which is a collection of 363 valuable Lydian artifacts from the 7th century B.C., was the subject of a legal battle between Turkey and the New York Metropolitan Museum of Art. The treasure was returned to Turkey in 1993 after officials from the Met admitted that it knew the acquired artifacts had been stolen. The items were then placed on exhibit at the Uşak Museum of Archaeology where these artifacts still remain. When visitors come to the museum, they witness a visual display of history.

The archaeology museum is not the only way to experience the history of Uşak. Visitors can also visit the city's famous canyon, which is known as the second longest canyon in the entire world after the U.S. Grand Canyon. Once home to several ancient civilizations, including Lydia, Macedonia, the Roman Empire, the Byzantine Empire, Germiyanids and the Ottoman Empire, the Ulubey Canyon in Uşak spans an impressive 40-45 kilometers in length and is still home to some ancient ruins that can be seen while visiting the canyon. On the other hand, the ancient city of Balundus, situated in the canyon, is among the examples of sites that bear traces of the region's past. Located in the Roman province of Lydia, the ancient city was once home to an ancient theater, necropolises and archways, and waits to be explored by visitors. The canyon is known as the cradle of civilizations and it is certainly worth visiting for its natural beauty, as well. On the other hand, visitors can come and take in the stunning views of the canyon's scenery from the Glass Terrace Park.

After visiting the world-famous canyon, visitors should stop by the Cılandıras Bridge, which crosses over the Banaz stream, being careful not to get lost in the depths of history there. The Cılandıras Bridge is an ancient structure built during the Phrygian era. The reason for the construction of the ancient bridge is unknown, but more notably the bridge's stonework is engraved in pencil, adding to its mystery. Spanning 24 meters in height and boasting a picnic area adjacent to it, the bridge should be one of the top destinations for history and nature lovers.

In addition to its historical richness, the province of Uşak also boasts many other things which it is famous for. Its thermal baths and health resorts are also recommended in the scope of all-inclusive tours available. For those suffering from cardiovascular diseases, rheumatism or skin ailments, visit the hot springs of Uşak for natural healing.

After losing yourself in history and enjoying the thermal baths of Uşak, visit the city museum where you will learn more about the city itself. Uşak is the first city in Turkey to have an urban electricity network and, at the same time, traditionally serves as a strong industrial base in Turkey. The Uşak City Museum boasts a display of the city's very first switchgears and an exhibit of leather items and the country's first sample of refined sugar that symbolizes the industrial history of the city. 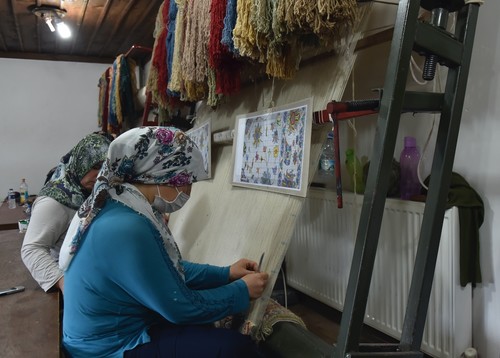 The carpets woven in Uşak have primarily been used in Ottoman palaces and various important buildings across Europe since the fifth century.

Generally, tourists want to see or visit the spots for which a city or region is the most famous for, in addition to tasting the traditional foods of the region and learning about history while visiting the most important places. Therefore, after completing a tour in Uşak, tourists can also visit the Uşak Municipality Weaver House and view the weaving process of making traditional Uşak carpets. As another famous element of this city, Uşak carpets symbolize elegance, durability and authenticity. The carpets woven here have primarily been used in Ottoman palaces and various important buildings across Europe since the 5th century. Thus, the Uşak carpet has become one of the most important decorative elements to ever as a sign of prestige. People can purchase Uşak carpets, which are ranked number-one in terms of quality, as a souvenir for their families or friends when they visit this weaver house.

Some of the traditional foods of Uşak can also be given as gifts to your loved ones. Uşak is known for its traditional "tarhana" soup. Tarhana, a sundried powder made of curd, tomato and flour, can be purchased in famous markets and you can take it home and cook it in soup for your family to enjoy. The other famous food is the traditional "halwa" which resembles cotton candy and is made of sugar. Halwa can be preserved in little boxes to enjoy at home or you can enjoy it in one of Uşak's bakeries.

Lastly, after experiencing all of these aspects of Uşak, you can enjoy the sport "javelin," a traditional, ancient Turkish competition between horsemen. If you do not wish to participate, you can watch sportsmen during competitions or ride a horse on one of the javelin farms.

Offering a wide range of facilities and activities ranging from traditional food-tasting to witnessing history and from weaving carpets to bathing in thermal springs, Uşak is a great destination where you can spend a few days as a local or foreign tourist, and enjoy the city's developing, renewed, modern structure where history and nature are also well-preserved.