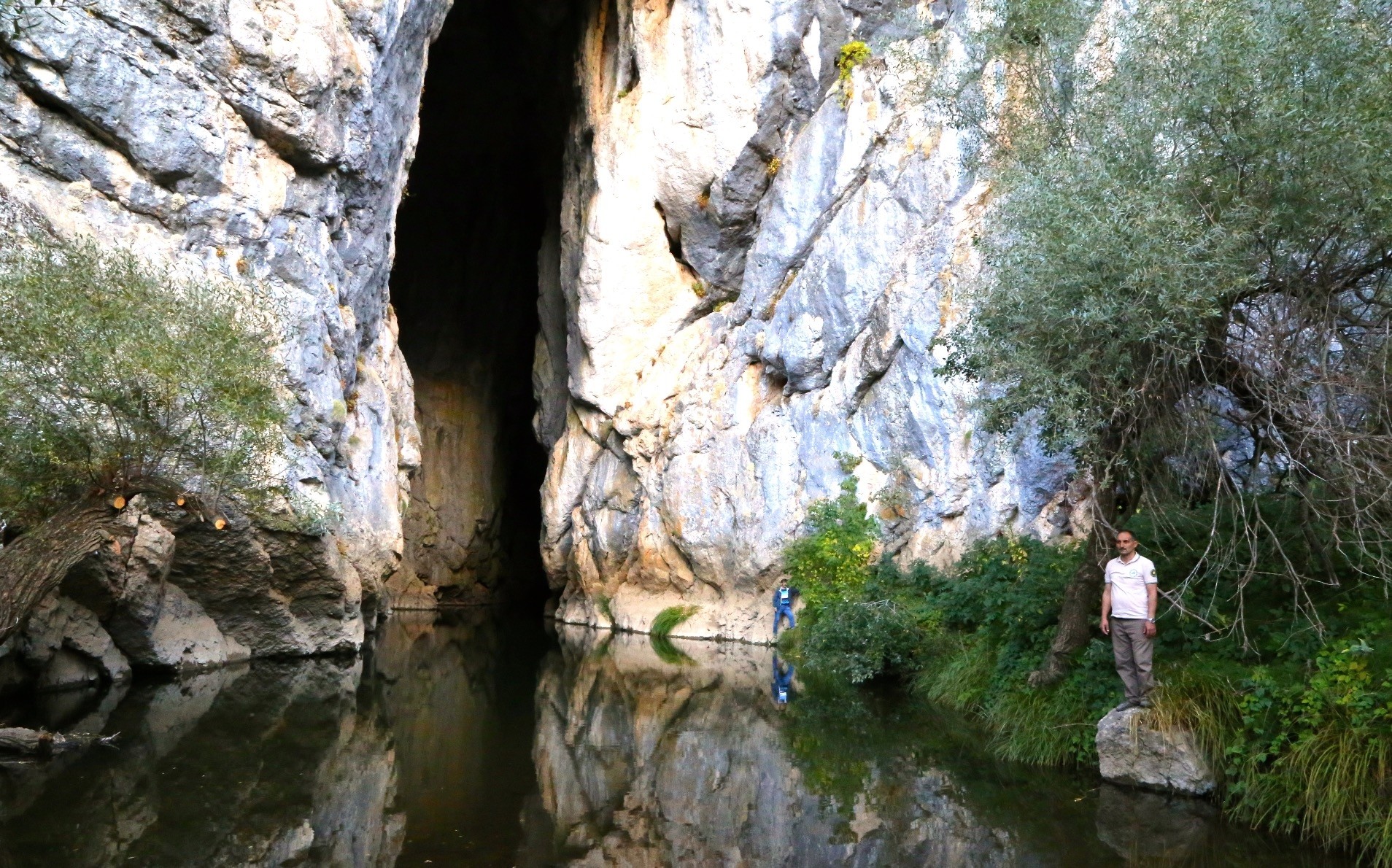 Formed over millions of years in the Taurus Mountains of Konya's Derebucak district, the Çamlık Caves attract the attention of nature lovers with the small rivers that flow inside them and the history of the caves as an ancient settlement.

Under the protection of the Directorate General for Nature Conservation and National Parks, the Çamlık Caves National Monument is located nearly 20 kilometers (12.4 miles) from the center of Derebucak. Located to the south of the Küpe Peak and Akdağ Peak, the neighborhood of Çamlık also attracts attention for its unique natural beauty and historical artifacts.

Promoted also for its rich endemic flora, the Çamlık Caves are known to have been home to the ancient Romans, Greeks and Byzantines. Carvings depicting Jesus Christ and his 12 apostles on the walls of the Gavurbeşiği Cave in the neighborhood of Suludere also draw the attention of art and history lovers.

In the Asarlık neighborhood, water cisterns and the chapel of Malas, which dates back to the ancient Byzantium era, are just a few of the historic sites located in the region.

The Balatini Cave, which stretches 45 meters in height and 1,830 meters in length, is known as the most conceptual, fascinating and the longest cave in the region.

Also known as a river cave, Balatini's travertines, stalactites, dickites and witches (calcareous) cauldrons are among the spectacular beauties in the cave.

The remnants of graves and other traces in the cave reveal that the region served as a settlement area in the past. The Eighth Regional Directorate of Forestry and Water Affairs and Chief of Beyşehir National Park Mehmet Şener said the Balatini Cave was the first settlement to ever be established in Derebucak.

Noting that the caves in the region are also home to early Roman settlements, he added, "There is a hole located inside the Balatini Cave that was once used as a wheat silo. Based on the traces of smoke evident on the burnt walls of the silo, it can be inferred that this hole was used for that purpose, as there are also burnt kernels of wheat further along in the cave. In ancient times, settlers chose the area for its high location and for protection. The burnt wheat found here, which dates back to the times of the ancient Romans, especially attracted our attention. It is believed that a fire here, which broke out approximately 2,000 years ago, lasted for three long months. The traces of wheat silo and smoke indicate the remnants of that fire."

Şener implied that they conduct studies on the promotion of the region, adding, "This is a unique area of Turkey, as it is the only region home to so many caves. This region contains every possible type of formation a speleologist looks for, including formations, stalactites, dickites, flora and fauna. As mountaineers say, this is considered the sacred space of speleologists. The area welcomes a high number of foreign visitors, also hosting speleologists who come here for camping. Speleologists spend three to four days here, camping in groups of 100 people and hiking in the caves with special equipment and wearing suitable clothes."