Subject of myths for centuries, Kazdağları welcomes tourists to its natural wonders 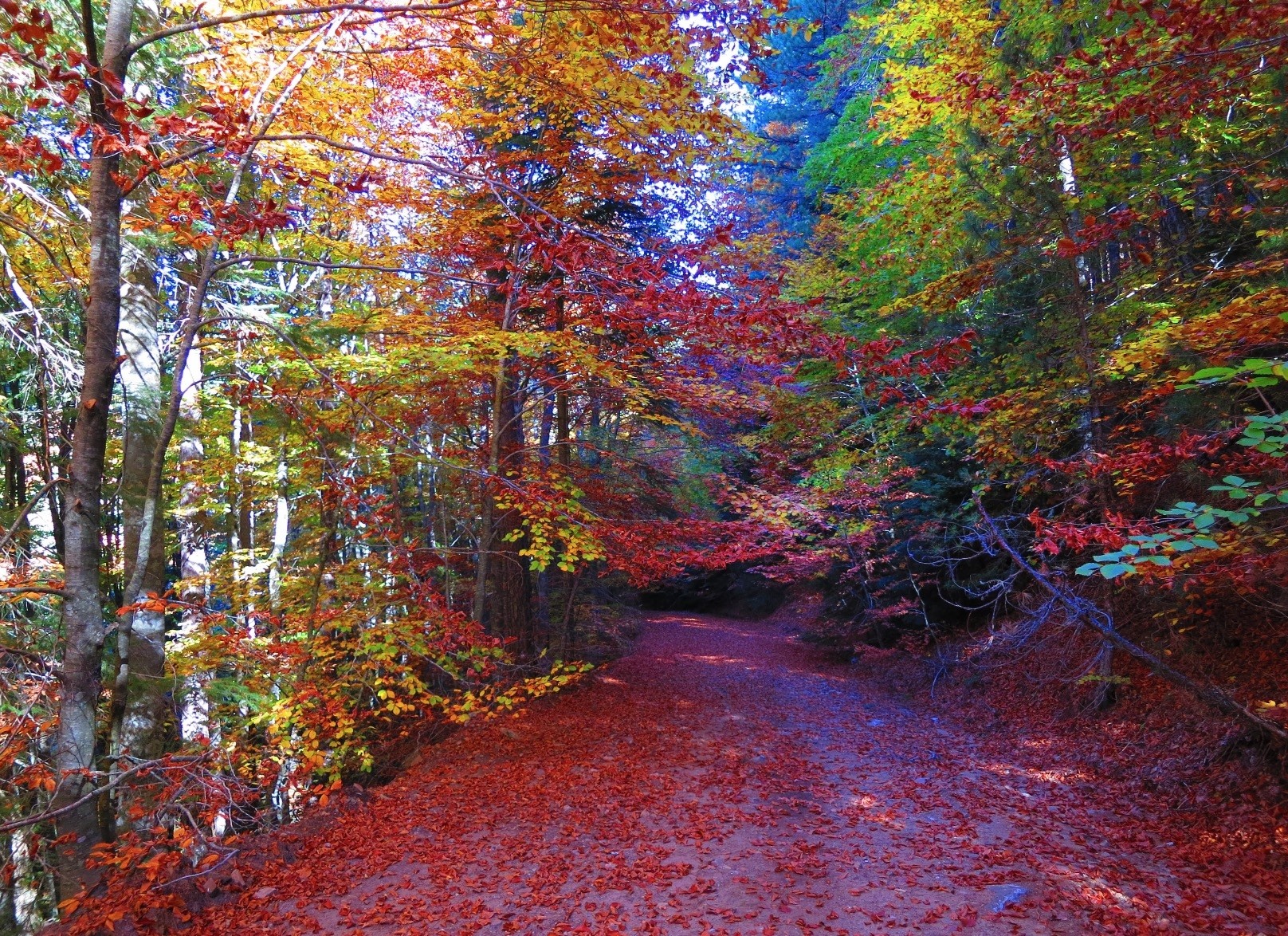 With its distinct colors presented by various trees and plant species in addition to its canyon, brooks and streams, Kazdağları, or Mount Ida as it is mentioned in Greek mythology, hosts hundreds of thousands of visitors during autumn.

Located between the boundaries of Turkey's Balıkesir and Çanakkale provinces and called "Ida with a thousand springs" in mythology, Kazdağları is among the rare spectacular spots in the country. Located on an area of 21,300 hectares, it offers a rich fauna and flora presenting a variety of colors.

Mount Ida, where you can feel the aesthetical beauty of nature in the company of myths, hosted the first beauty contest in the world attended by Aphrodite, Hera and Athena. Among the 800 plant taxons detected in the region up until now, there are 78 endemic plants, 31 of which are unique.

The area is bestowed with an astounding beauty with a high amount of oxygen, waterfalls, canyons, brooks and streams in addition to colorful trees and plants during autumn. During this season, Kazdağları is flooded by local and foreign visitors, trekkers, shutterbugs, nature lovers and those seeking fresh air due to health problems.

Balıkesir Provincial Director of Culture and Tourism Mustafa Çaltı said as one of the prominent tourism centers in Turkey, Kazdağları is among the rare spots presenting a combination of myths and natural beauties.

Explaining that they realized extraordinary projects such as Misya Hiking Trail to attract more tourists to the region, Çaltı said, "Presenting olive trees at its foothills along with broad-leaved and coniferous trees such as red pine, larch, beech, oak and hornbeam, Kazdağları was officially announced as a National Park in 1993 and a set of protection acts were initiated after. You can come across visitors at all spots of Kazdağları. Here, the four seasons have their own unique beauty to present, and all should be photographed. The national park hosts around 1 million visitors yearly, 200,000-250,000 of which are hosted during fall."

Noting that local tourists are mostly from Istanbul, İzmir and Ankara, Çaltı added, "Special spots such as Hasanboğuldu, Şahindere Canyon and Darıdere attract more visitors. People who visited Kazdağları once and experienced the aromatic scents of the colorful trees and plants want to come again."

Informing that the organic products offered by the villagers attract attention, he said, "Our villagers also make money thanks to tourism. The high amount of oxygen here is good for asthma patients. Kazdağları is suitable for founding asthma and rehabilitation centers. It is said that if you spend 20-25 days here, all your cells are renovated, which has an important role in the regions' popularity as a touristic spot."