100,000 ski enthusiasts, visitors flock to Mount Erciyes over the weekend 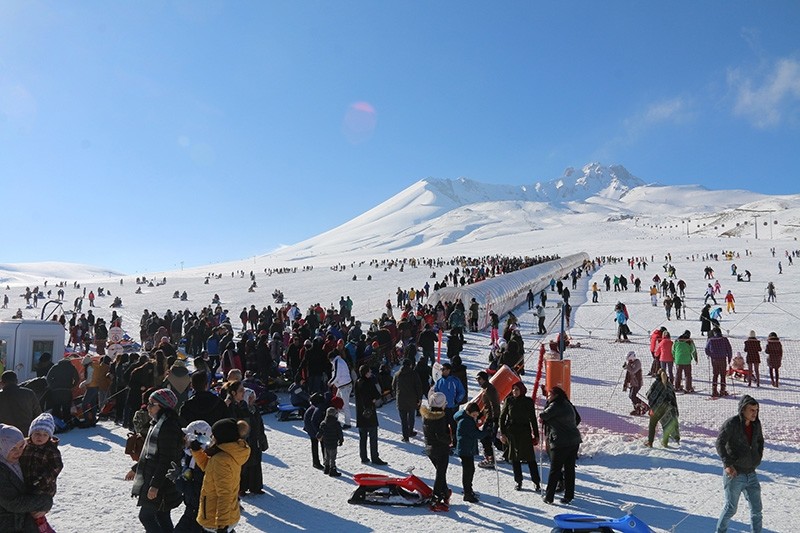 Mount Erciyes set a visitor record over the weekend as approximately 100,000 people flocked to the highest peak in Turkey's Central Anatolia region to enjoy the world-class facilities and snow, which has been scarce in several major skiing centers since the beginning of the season.

With the beginning of the two-week-long semester break, families began to depart for their winter holidays and the mountain overlooking Turkey's central city of Erciyes was among the primary destinations.

Meanwhile, Erciyes has also allowed night skiing beginning this season as lighting systems were installed on several trails, allowing visitors to enjoy skiing through the evening until 9 a.m.

Some of the country's famous skiing resorts, including Uludağ in Bursa province and Kartepe in Izmit province, have received limited amounts of snowfall this season, along with the rest of western Turkey.