Ardahan: Turkey's coldest spot scenic as its gets every season 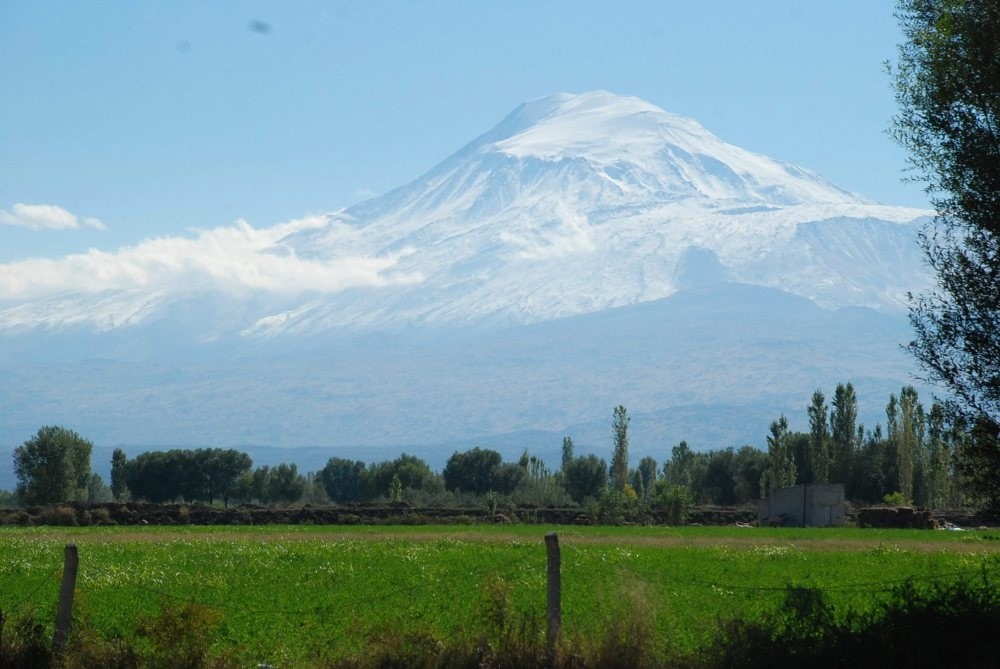 Taking a trip to Ardahan is a revelation for those who live in big cities where blinding lights hinder natural beauty and leave residents yearning for the simplicity of everyday rural life with its green fields that is covered by snow in winter, lakes, rivers and rooted history

I woke up to what I thought might be a prank at first. An announcement was repeated over and over again through the public speakers. It was like no announcement I ever heard before: "Fourteen geese have gone missing. If you find them, please return them in the name of humanity."

We arrived in Göle, one of the six districts of Ardahan, Turkey's most northeastern province, after a 17-hour scenic drive along the Black Sea coast. Though on my Turkish ID card, my hometown is listed as Göle, Ardahan - upon marriage, in Turkey, every woman's register is transferred to her husband's hometown, which then becomes her hometown, as shown on her ID card - it was a land foreign to me in all senses of the word.

I was eager to start exploring the area at once. I decided to talk a mini-tour of Göle. As soon as I stepped out, I was drawn to the horses, plenty of them, on the streets. It had been about two decades since my better half last saw his hometown, so he wanted to take me to see their old house, the place he was born.

As we walked through the streets, which seemed more like those that I am used to seeing in villages rather than towns like this one, I noticed gaggles of geese freely wondering around the town. 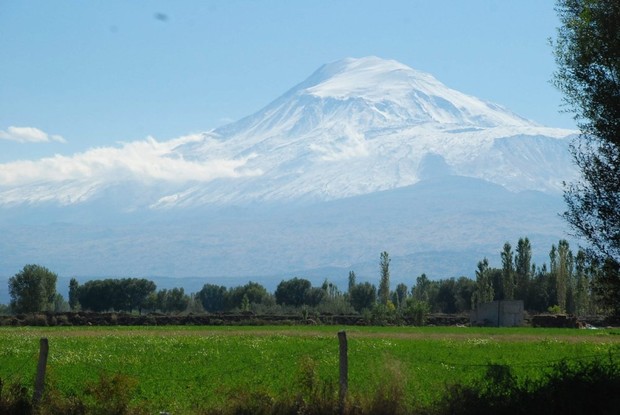 We finally reached the "fairytale" home, a box-like structure, covered with a wooden rooftop and a crooked fence framing its borders. When we got to the house, his eyes lit up. He was that little boy all over again, excited. Reluctant, he wanted to take photos. Then suddenly a man walked out of the house. We were strangers, yet his first reaction was to greet and invite us into his home. He was the second owner of the house after my father-in-law sold it, but because Göle is a small town, the locals know each other very well. When my husband told the man that he was born and raised in that house, the current owner was even more welcoming, insisting that we go inside. We did not want to oblige but asked if we could cross to the plains behind the house and he kindly allowed us. The door was like a portal, opening into a natural wonder.

We walked into the arms of a vast green plain, with dozens of cattle and of a few horses grazing freely in the meadow.

Far from being a popular travel destination, Ardahan, a stepping stone to Georgia, has the country's smallest population. Once a small town of northeastern Kars province, Ardahan was made a province in 1993, which led to new investments in public buildings and services, yet, life in the mountains covered in snow about nine months of the year remains a struggle.

It was only after the prank-like announcement of the missing geese that I found out their importance for the locals. Goose-breeding is a popular profession in the area, not for trade, but more to meet families' meat needs in the winter. There are a few geese in almost every home here and the task of breeding them is generally carried out by the women. Though, in recent years, it has also become a trade that brings home extra cash.

One of the first touristic sights we visited was the Ardahan Fortress in the city center, situated on the shores of Kura River, a flowing body of water. Although its very first date of construction remains unknown, this particular fortress is believed to initially be built by the Seljuks and used quite often by the Ottomans. The castle was renovated by the order of Ottoman Sultan Süleyman the Magnificent. I was unable to get passed beyond the front gate as the fortress is undergoing restoration works for tourism, overseen by the Provincial Directorate of Culture and Tourism as part of a project that aims to meet the needs of tourists in the region with opportunities for memorable culinary experiences as well as unique sports facilities offering services to the area's young athletes.

The massive stone inscription above the entrance gate roughly translates to English as, "Built on behalf of Sultan Selim's son, the sultan of sultans, Sultan Süleyman the Great, the owner of the seas and lands of Arab, Greek and Persian countries. May it survive until the end of time."

One other must-see sight in Ardahan is Çıldır Lake, an expanse of water at an altitude of 1,900 meters. About 60 kilometers north of Kars, hence, bordering both provinces, the lake, which freezes over in winter, is often associated with Kars rather than Ardahan - a matter that upsets the people of Ardahan. Sometimes a subject of debate between the two peoples, the Ardahan side often argues, "You have the Ani Ruins, Çıldır is ours."

A few kilometers northwest of the lake, beyond the town of Çıldır, in the village of Yıldırımtepe, rises Şeytan Kalesi (The Devil's Castle), one of the most spectacular castles in Turkey's northeast. Situated on the edge of a plunging gorge, dating back to the medieval times, the exact date of construction is unknown, but it is believed to be built by the Urartus. Some say the name comes from its freakish appearance and position, perched up on a dominant hill surrounded by cliffs, with the Karachay Stream running on three sides, while some say it originates from the myth that an evil spirit or devil was sighted in the area in the past, which still survives as a superstition among the area's inhabitants. This is perhaps one of the reasons most locals are yet to visit the castle. 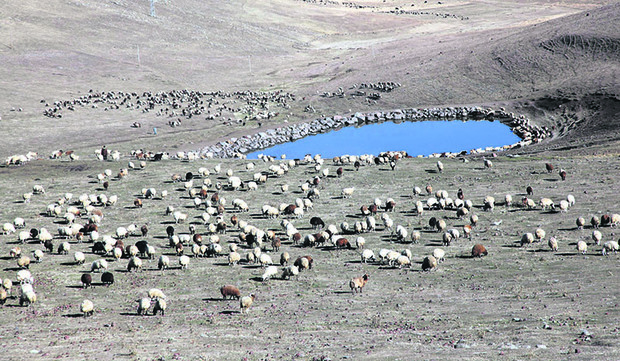 When we arrived in the village, we took the road that had a signpost pointing to the Devil's Castle, yet we could only drive so far as there is no vehicle access to the castle. We parked the car and took the walking track, paved most of the way. The sight is not run by anybody, hence there are no facilities, amenities, electricity and, well, of course, no entry fee. The castle stands there, alone, a testament to history, waiting for the treatment it deserves.

After reaching the end of the 1.5-kilometer track, we approached a very narrow bridge of land. It seemed quite dangerous as there was no protective railing and I was hesitant to cross it at first, but I had no other choice if I wanted to see the castle up close. We went there spontaneously and it was about an hour before sunset. We had to hurry back before it was entirely dark, because once the sun sets completely, there would be nothing to light our path but the moon and the stars. Catching a glimpse of the sun setting gloriously behind the castle was an amazing experience, as was the exhilarating climb to the top of the castle - if you are afraid of heights, then this is not for you.

After a quick dinner that night, it was time to head to a traditional henna party. My husband's friend from primary school had eloped with the love of his life. We were told by the groom's friends that the bride's family was against their marriage so they eloped. Weddings and elopements seem quite frequent in this area. Families eventually, I hear, acknowledge what has happened and celebrate the couple's union with a henna and wedding party that runs from morning to late in the night for two days in a row, with hundreds of people joining in the line dances specific to the region, sometimes accompanied by Kurdish songs, sometimes Turkish and at times Azeri.

If you are planning to visit, make sure to take with you some warm clothes any time of the year, as the heater was turned on in the evenings when we were there during the warmest time of the year, in July. Don't be surprised if you get caught in a rainstorm during the day, as Ardahan is not only the smallest province in Turkey, it is also the country's coldest.