Inspired by tragedy, Turkish woman tours Africa on a motorbike 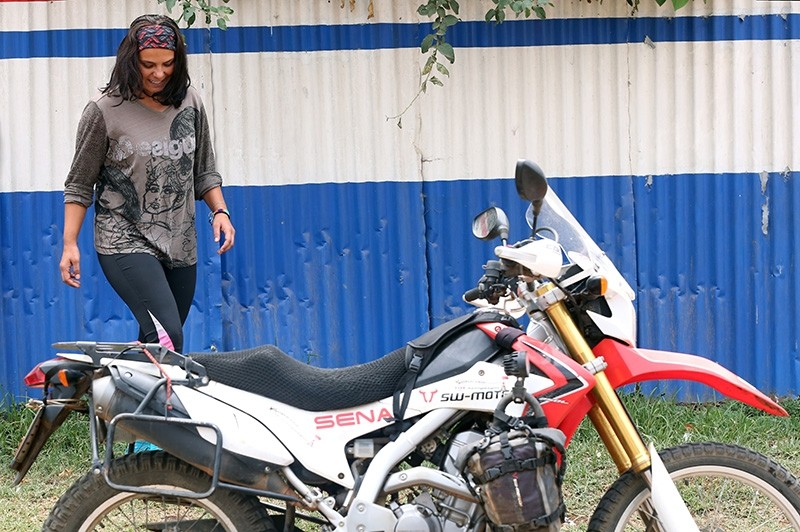 She faces intensely challenging terrain. She has encountered thieves. She narrowly escaped being attacked with a machete.

Gülçin Söğüt, a Turkish woman who left a tame life to seek adventure after the death of her mother, is close to fulfilling her dream of traveling across Africa on a motorbike.

"We have covered almost 50,000 km (31,070 mi) traveling across the African continent," Gülçin Söğüt, a Turkish woman in her mid-30s, told Anadolu Agency after crossing the Kenyan Border into Ethiopia.

Already famous in social media among Turkish people, and inspiring thousands, Söğüt said, "It was my dream to tour Africa."

With her European partner Ferry Schouten, the two set out on the tour with a daily budget of $50. 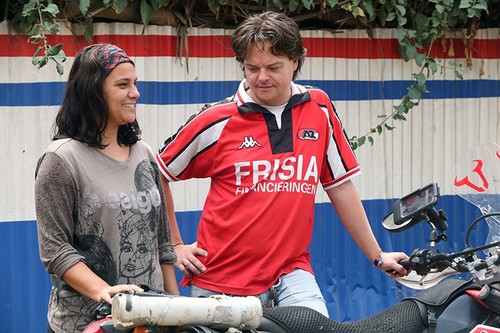 "He had zero experience with motorbikes when I first met him," she said about Schouten, who she had met in Indonesia, while he gave a nod and chuckled.

"Our African tour has been both pleasant and chilling," Söğüt said, recalling traversing very challenging terrains, such as deserts, sand dunes and valleys.

"Riding on sand dunes and gravel is the most difficult to me," she said matter-of-factly.

She added that the only thing she would not do is travel in the rain. "I hate to be drenched."

While the two have had a chance to stop at stunning places like Ngorongoro in Tanzania, where they marveled at the beautiful falls, and South Omo in Ethiopia, where they witnessed most exotic tribes, they have also had chilling experiences.

"The scariest of all so far was when a man was about to strike me with a machete, coming out of nowhere as we were riding," Söğüt said.

She said she was saved by another man who told the attacker he should not harm a woman.

"Sometimes I would call out to him for help," she said, pointing at her partner.

He chipped in, saying: "I would tell her, whenever danger looms that it is her dream and not mine."

Söğüt lost her mother in 2013, after which she thought life was just too short. "So I gave up everything, including my job. I packed my bag and set off to Latin America. I stayed there three years," she said.

That was when she decided to travel the world, which she has been doing since.

As of now, she has already covered 32 African countries, and with Sudan and Egypt left ahead of her, Söğüt's Africa tour will end in the next few weeks.

"We now have a different view of Africa from the image we had about the continent, which was mostly negative," she said.

According to Söğüt, people in Africa have been very nice and kind.

"There were people who approached us and gave us money," she said.

She said, in Guinea Bissau, locals slaughtered a chicken and went fishing to feed them.