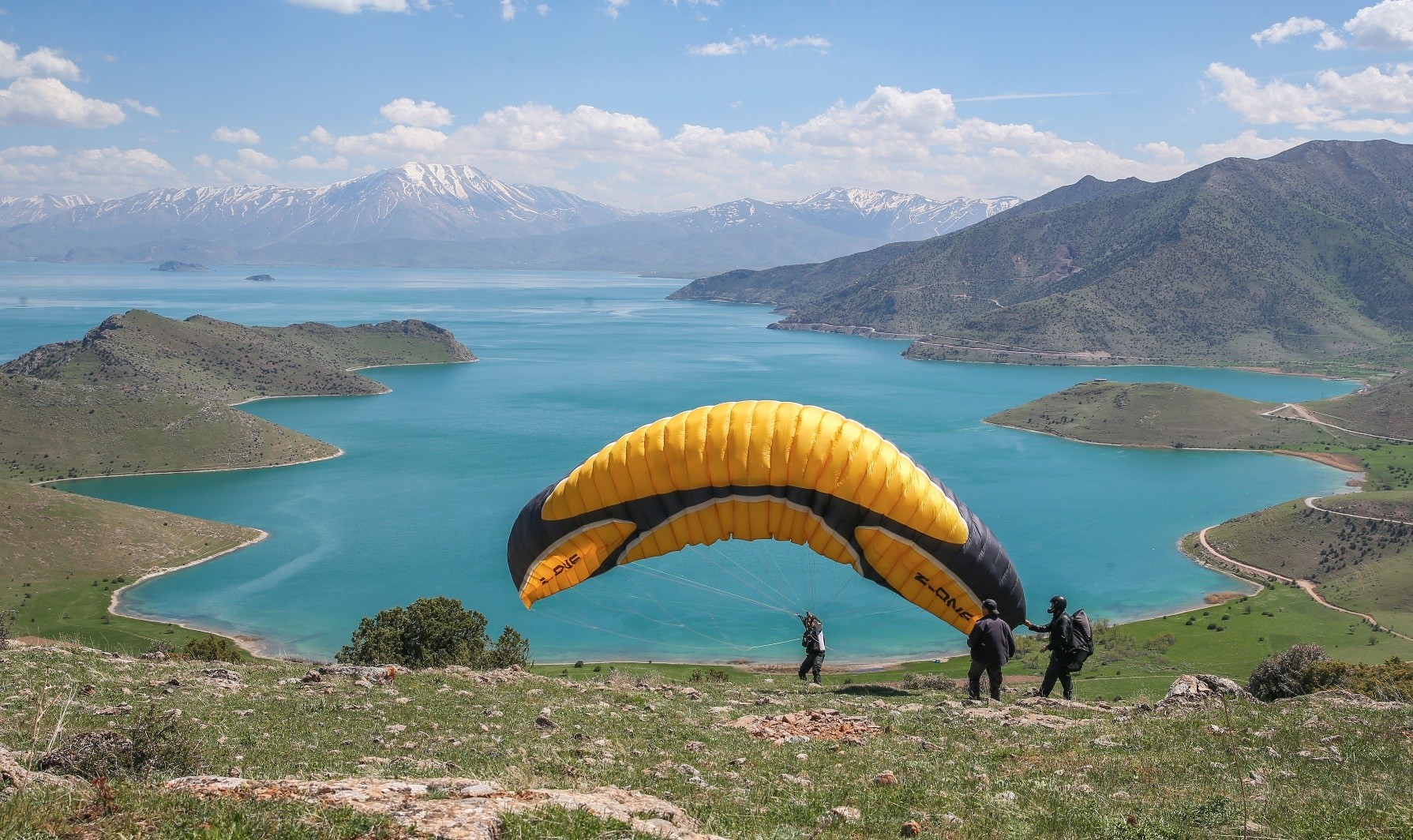 Located on the shores of Lake Van, which is famous for its blue waters and beautiful nature, Altınsaç and the İn bay area in Van's Gevaş district have become the new address for Turkey's paragliders.

The two locations host numerous paragliders, thanks to cliffs that go up as high as 650 meters and are covered in natural grass. The adrenaline seekers can enjoy some beautiful views of Lake Van, St. Thomas Monastery and the surrounding forests.

Gevaş Municipality and Turkish Airlines last week organized a paragliding event with 20 paragliders coming from different cities across Turkey. Gevaş Mayor Sinan Hakan told Anadolu Agency (AA) that they organized the event in order to show that paragliding could be done in and around Lake Van as well as in the district.

He said Lake Van has the potential to become a major paragliding destination like Fethiye and Ölüdeniz in the Aegean Region. "We have had 20 paragliders from all over Turkey at this event. Lake Van is among Turkey's most beautiful locations. This place is also of historical and cultural importance."

Paragliding trainer Hamdi Şiray said that the regions many mountains are perfect for paragliding but these locations need little sand lying work to make them more suitable for the sport.

He noted that paragliding could contribute more to the region's tourism and said: "Paragliding is becoming very popular in Turkey. For 15 days we will organize paragliding flights at different locations in Van. Tandem flights like in Fethiye can also be held here. In Van, there are many beautiful hills that are perfect for paragliding. With better transportation and some other works, this place can be a great paragliding tourism spot."

Valley Nature Sports Club President Ömer Demez said the historical and natural beauty of the city could be better introduced to tourists through paragliding.