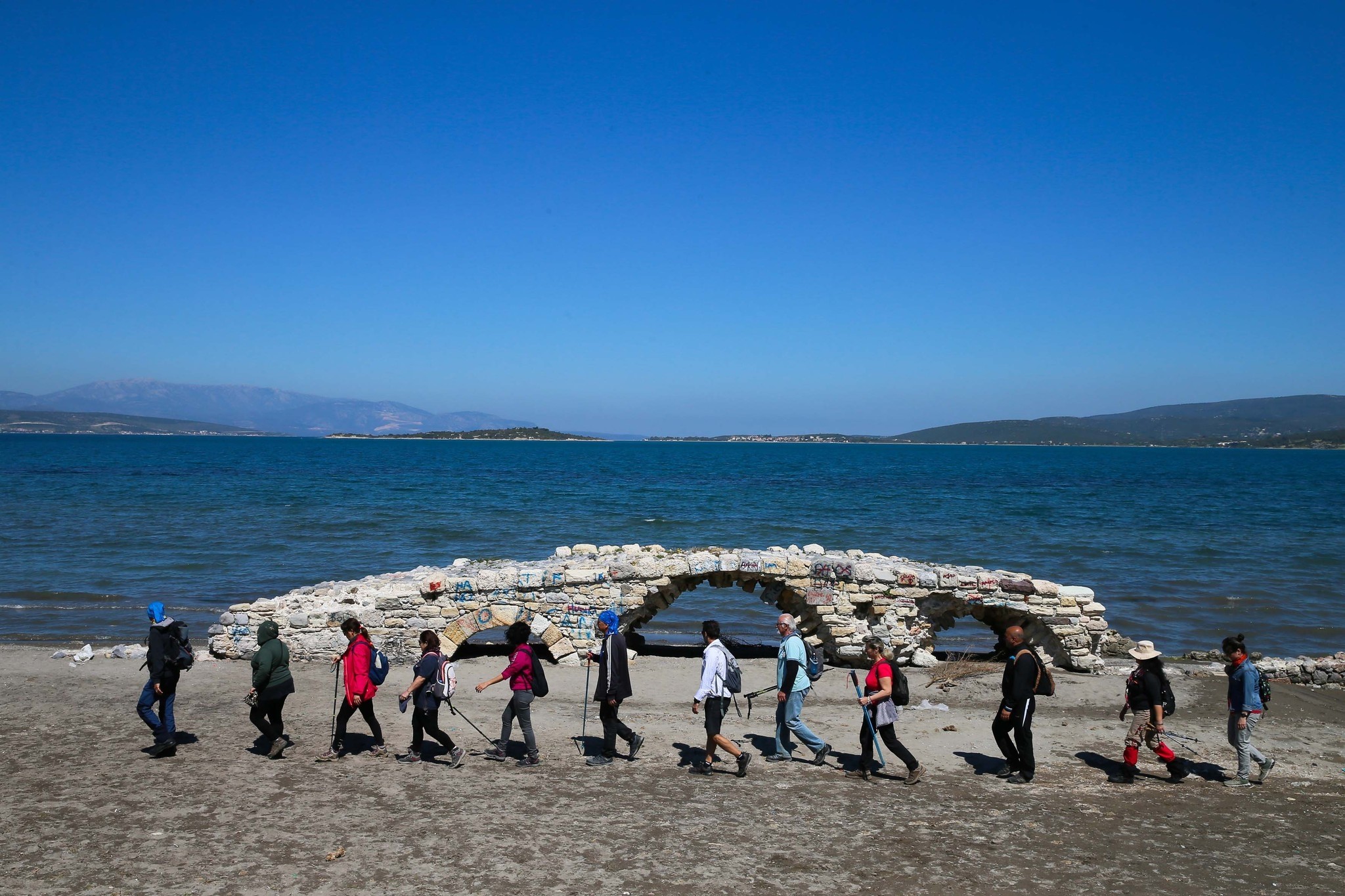 The Ephesus-Mimas Route, which traverses the Aegean province of Izmir, provides a picturesque journey for travelers seeking to explore 8,000 years of Turkey's history and culture.

The trail begins in front of the Temple of Artemis in the ancient city of Ephesus, passes through Seferihisar, Güzelbahçe, Urla, Çeşme districts, and ends in Mimas, known today as Karaburun.

"Our goal when preparing the project was to restore those roads connecting the six Ionian cities on the Izmir Peninsula and present them to today's users," Tugay said.

Notable stops along the route include the coastal neighborhoods of Urla's Pier and Çeşmealtı. In the ancient city of Klazomenai, travelers can visit the world's first large-scale olive oil press, which dates back to the 6th century B.C. And, the ancient port city of Ephesus, a UNESCO World Heritage Site, is a wealth of Greek history with its Library of Celsus, amphitheater and dozens of other restored structures.

Bicyclists can enjoy 773 km (480 mi) of trails along the route. The 190 km (118 mi) stretch between Çeşme port and the Temple of Artemis meets European Bicycle Network (EuroVelo) standards, providing bikers from around the world a pleasant touring experience.