Exploring the roots of the Ottomans in Bursa 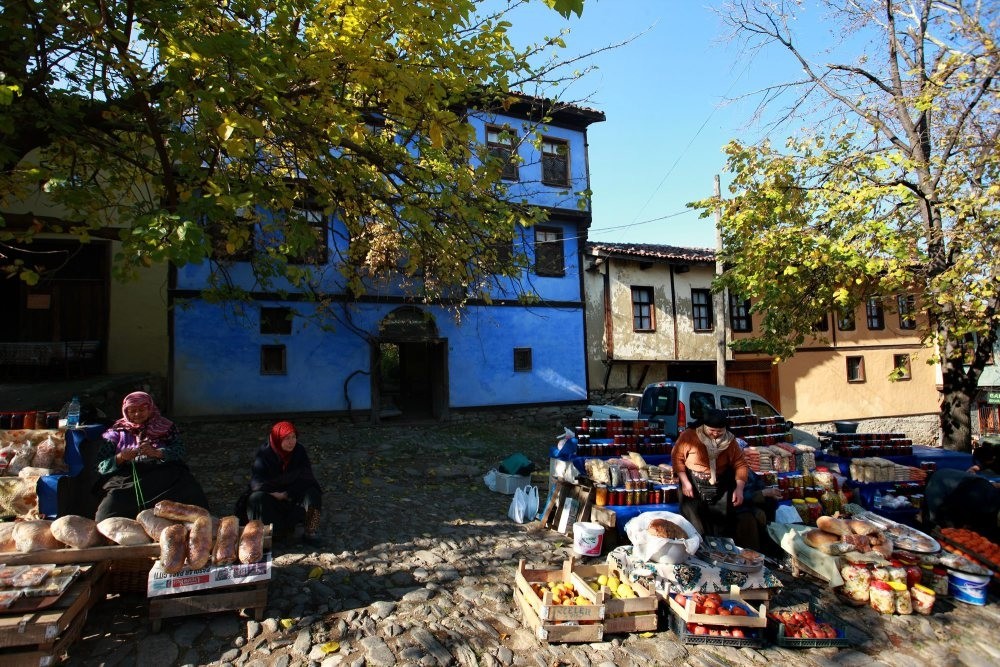 The former capital of the Ottoman Empire offers a variety of options for its visitors, whether they are adrenaline junkies, nature or history enthusiasts

The history of northwest Turkey's Bursa dates back hundreds of years. The city will welcome you with its most beautiful features in every season. In ancient history, it was part of the Bithynia region and was founded by Prusias, giving it the name Prusa which over centuries morphed into today's Bursa.

Actually what you would do in Bursa can change according to the month you visit the city. You can either enjoy the Marmara Sea, swimming, or have fun on Mount Uludağ, skiing.

If you want to have a good time in the city center, Kültür Park can be a great option. There are also a number of trekking trails in the city, often called as the Green Bursa.

The mountain route is as famous as the mountain in Bursa. You can enjoy a view of the city from the tea gardens on the mountain. You can also ride a bike in the city's Botanic Park or its try famous cable cars.

How to get to Bursa?

There are not many alternatives other than car or bus to get to Bursa as the city does not offer railway connectivity. The bus terminal is around 10 kilometers away from the city center. You can also go with your own car if you want. If you are in Istanbul, it would take around two hours. It is also possible to reach Bursa by ferry. Though there is an airport in the city, it is quite far from city center and there aren't many flights anyway.

If you go to Bursa at morning hours, you should first visit Cumalıkızık, a village in the city's Yıldırım district which was declared a UNESCO world heritage site in 2014.

The breakfast you can have at Cumalıkızık, which has become popular thanks to TV series, will prepare you for an amazing city tour.

The Bursa Ulu Camii (Grand Mosque) is the biggest and most famous mosque in Bursa. It is famous for its unique interior and exterior design and is highly recommended. There are many legends about the mosque, whose construction was completed in 1399. It is said that Karagöz and Hacivat, the two lead characters of the traditional Turkish shadow play, worked in the construction of this mosque. Koza HanKoza Han, located really close to the Bursa Grand Mosque, is one of the city's most famous inns. In old times, the inn was a center of silkworm trade. That is why textile industries have flourished in the city. You can also buy authentic and regional goods in this historic place.

Bursa Kapalı Çarşı (Covered Bazaar) is one of the city's most important tourist spots, located in Heykel in the city center. When you're here, do not forget to eat cantık, a kind of small Turkish pide.

The graves of Osman Gazi and Orhan Gazi, two important figures in the establishment of the Ottoman Empire, are in Bursa. Their tombs in the city's Tophane district were badly damaged in an earthquake. But, they restored in 1863.

The clock tower, which is very close to Osman Gazi and Orhan Gazi's tombs, is one of the most important symbols of the city. If you're in Bursa during Ramadan, you can also see cannon fires that mark iftar time.

If you visit the city in the winter, we highly recommend you take a trip to Mudanya, which is 29 kilometers away from Bursa.

One of Bursa's most important symbols is Mount Uludağ. The mountain is a very popular winter tourism destination with lots of ski resorts. Even if you're in Bursa in summer, you can always visit the mountain to take a deep breath in its clean environment. It takes around 50 minutes to reach Uludağ from Bursa city center.

Gölyazı is a small fishing village, located on the shores of Lake Uluabat in Nilüfer district. Many people do not know this place even though it is amazingly beautiful.

Where to shop in Bursa?

There are many shopping malls in Bursa. If you are looking for local, traditional products, the Covered Bazaar is the right place for you. You should not forget to buy Bursa's special towels.

What to eat in Bursa?

A visit to Bursa will be incomplete without tasting its famous İskender kebab and pideli köfte. You should also try some delicious marron glace and get some for your loved ones.