Following the path of the ancients, the Lycian Way offers history, adventure and more 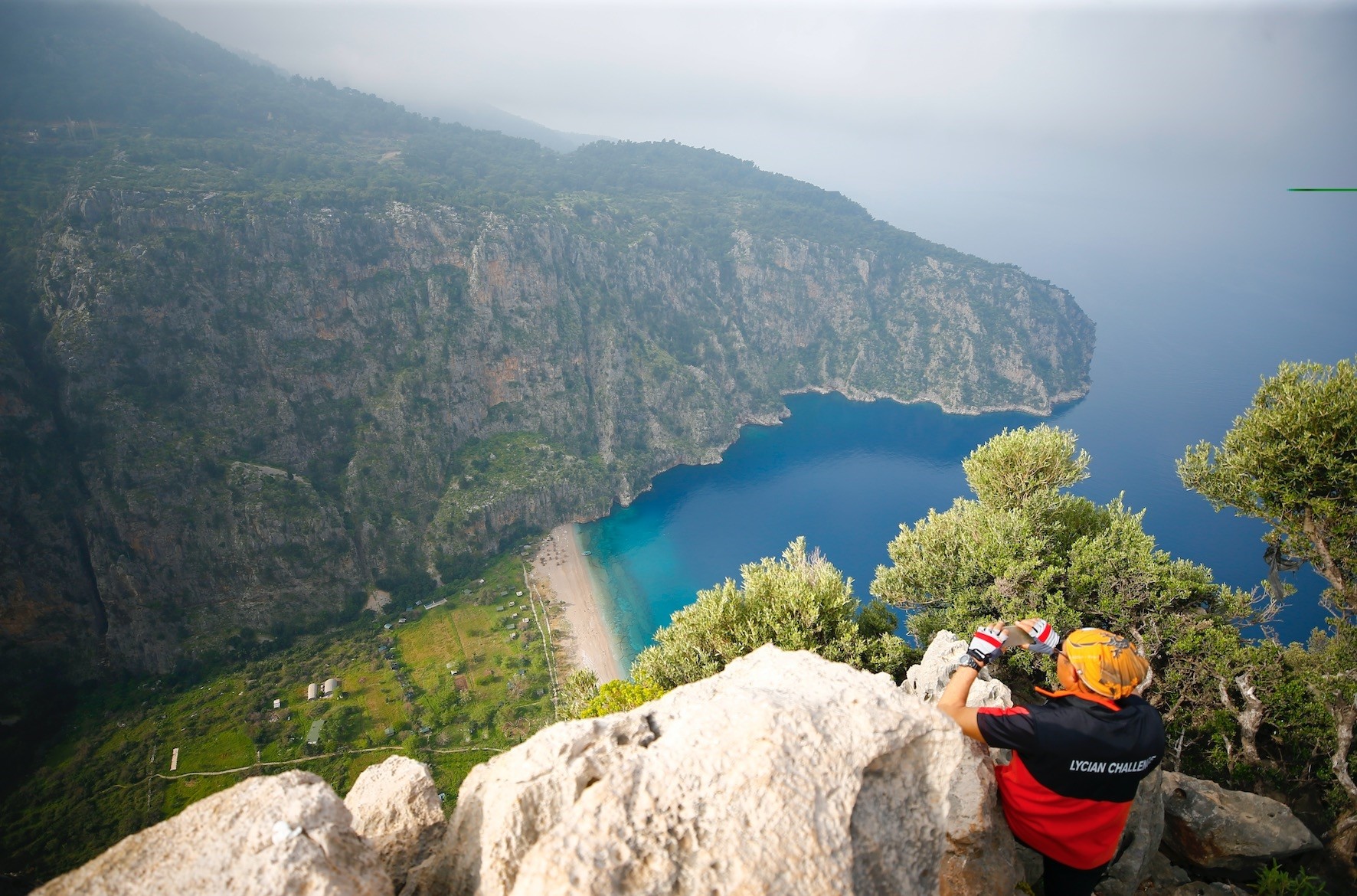 If you like taking long walks, we invite you to tackle the Lycian Way, where you can enjoy traces of ancient civilizations and some sublime scenery

The 540 kilometer Lycian Way, which is accepted as one of the world's 10 best long distance walking routes, is a path from Fethiye in Muğla reaching all the way to Antalya. The trail offers some unique natural and historic views.

The Lycians: Who were they?

The Lycians were a democratic and independent people, who did not fall during any wars that shaped their time and geography. However, despite their warrior genes, they had developed an artistic style and a high standard of living. Their strategic position gave them unique opportunities for sea-trade and even piracy. After the Persians invaded their lands, the Lycians opened their arms to Alexander the Great and embraced Greek culture and way of living. Later, Lycia became a province under the Roman Empire. The Romans developed many cities and ports, linking them with paved roads and building theatres, baths, forums, temples and ceremonial gates. From the fourth century, Christianity took hold and, as the Roman Empire crumbled and eventually many Byzantine monasteries were built in the Lycian hills. 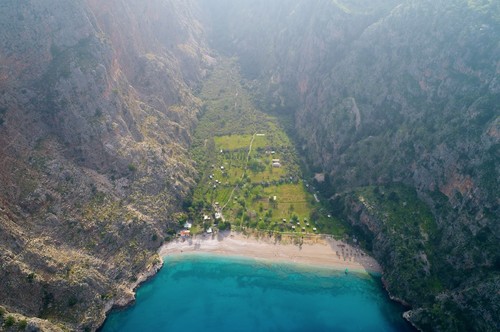 In the '80s and '90s, British retirees began discovering the southern coast of Turkey and either went on extended vacations or permanently moved there in droves. British expat Kate moved to southern Turkey as this frenzy crested and sought to get away from all that.

Clow lived in the U.K. until 1989, when she took a job selling computer systems in Istanbul. In 1992, she moved to Antalya and started freelance work. This gave her scope to explore ancient roads, which form networks linking the centers of ancient civilizations of Turkey. Convinced that Turkey needed long distance walking routes, she connected a series of old roads to make Turkey's first long-distance walking path, the Lycian Way. This route was opened in 1999 and was followed by the St. Paul Trail in 2004, the Kaçkar routes in 2008 and the Evliya Çelebi Way in 2011. 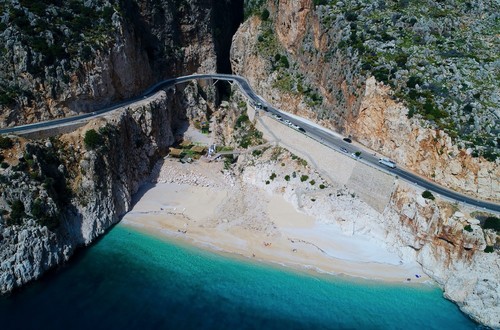 World renowned Kaputaş Beach is just one of the destinations that the travelers pass through on the Lycian Way.

The historical way, which start with the view of Ölüdeniz, make people feel like passing through a time tunnel among natural beauties.

Travelers can start at the world famous Butterfly Valley in Fethiye and later visit the bays of Kabak, Cennet and Korsan, reaching the ancient city of Letoon, in Seydikemer district - a UNESCO World Heritage site -identified as the historical capital of the Lycian region.

A two-hour walk from here will take you the ancient city of Xanthos in Antalya's Kaş district. Here you will have an opportunity to explore the ancient city, known as "the city of pains" because of the occupations and wars it experienced throughout history. Here you can also see examples of pre and post-Christianity architectures.

Patara was one of Lycia's major naval and trading ports, located at the mouth of the Xanthos River. Patara was a very wealthy city due to trade and was one of the six principal cities of Lycia. Patara's oracle at the renowned temple of Apollo (not discovered yet) was said to rival that of Delphi and the temple equaled the reputation of the famous temple on the island of Delos. It was believed that Apollo lived on Delos during summer but spent his the winters in Patara. 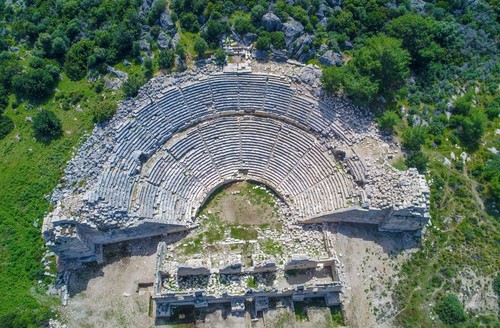 The aerial shot of the ancient theater remains of Letoon, which was the religious sanctuary of the Lycians.

Travelers will have the chance to see ancient cities, like Sidyma, Pydnai, Apelia, Theimussa, Idyros, Antiphellus, Apollonia and Simena, as they reach Patara, the Lycian capital, after a four-hour walk from Xanthos.

The city is home to the Lycian Council Building. Built in the Hellenistic period, it was regarded as a symbol of democracy in Lycia and reflects the city's ancient glory.

Visitors can then reach Kaş, whose name can be found as "Habessos" on Lycian epigraphs and coins, in a journey through nature from Patara.

Along the way, they will be able to see some of the most famous beaches in the world, including Kaputaş, Apollonia, Aperlai and Kekova, a part of which is now submerged, before heading to the ancient city of Myra in Demre.

Trekking enthusiasts will also have the opportunity to explore the Andriake, an ancient port. They will be welcomed by the view of some unique rock tombs located near the city theater, which has a capacity of 11,500 people.

Myra is also the home of Saint Nicholas, more commonly known as Santa Claus. The city has a Byzantine-era church built in his honor.

Travelers hitting the road from Myra will arrive in Olympos, which was one of Lycia's most important seaports. It also had notoriety for its pirates until the region was captured by Roman commander Servilius Isauricus. It features a number of Hellenistic, Roman and Byzantine ruins. They can also visit Yanartaş (Flaming Stone), where small fires burn constantly in the South of Çakaltepe, a few kilometers away from the city. 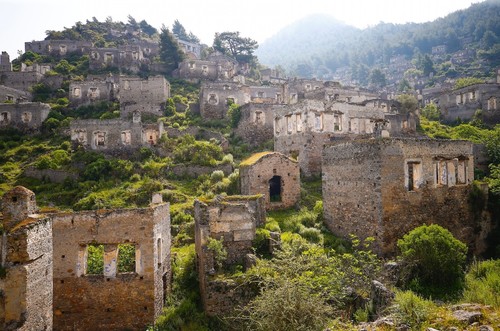 After Olympos, visitors arrive in the ancient city of Phaselis, which is located on the eastern border of the Lycian region and was known as a seaport in the ancient times.

The journey will end as they exit the Hisarçandır neighborhood and approach Antalya.

A unique journey through 19 ancient cities

"The route is generally at an easy and moderate difficulty level. It hosts many guests, starting particularly from March to May and also between October and November. Passing 19 ancient cities, the way takes you on a journey through the history of 12 of the biggest centers of Lycian civilization. People still follow the same path as they used to 3,000 years ago. The historical places on the way make it a world's first."

Umurtağ said they were struggling to prevent the destruction of the natural structures along the way, sustain its natural beauty and introduce it to tourism. 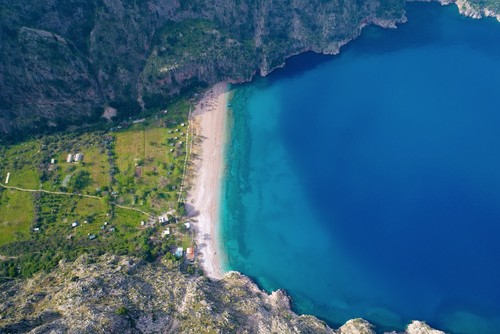 Tourism professional and guide Mustafa Olgun said that the historic cities on the way were important locations with seaports and religious establishments.

Implying that the Lycian Way is one of the most beautiful routes in the world for not just nature lovers or travelers but also for photographers, Olgun said: "You can also see some ancient lighthouses along the way. The Lycian Way is also one of the safest trekking trails. You have the opportunity to reach human settlements to meet your needs during the journey. Drinking a cup of tea or staying a night here can be a unique experience. "Our biggest problem, however, is environmental pollution and destruction of animal habitats.

We can confront pollution in unexpected places. Locals, as well as travelers, should play a more conscious role."

Find your way on the Lycian Way

If you want to complete the ancient route in one go, there are certainly few things that you should bring since you have to go camping on the way.

Maps: There are large-scale maps of the Lycian coast available.

Some maps, with varying degrees of detail, can also be found online for free. Several guidebooks also have maps included but their degree of detail and scale is less useful for orientation. 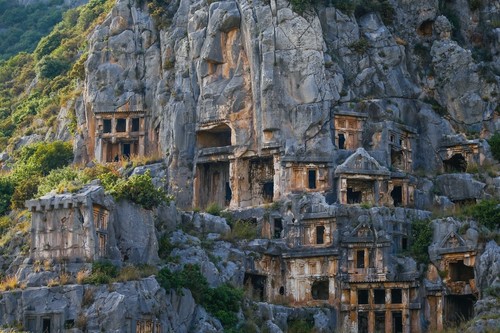 The best guidebook is probably the one written by Kate Clow, the British expat who marked the ancient road together and discovered the Lycian Way.

Accommodation: If you want to finish the Lycian Way in one go, you either have to find some accommodation on motes and hostels on the way or you can always count on the hospitality of the Turkish people living in the small villages surrounding the ancient route.

If you want to be a little more adventurous, a simple camping gear will do just fine for spending the night under the stars, in the hot summers of Fethiye and Antalya.

Fees: There are no fees or permits to be taken care of for hiking or camping along the Lycian Way.

However, the Lycian Way comes from several points of interest with an entrance fee.

If you want to peak through the ancient sites and remains managed by the Ministry of Culture and Tourism, there is a small entrance fee.