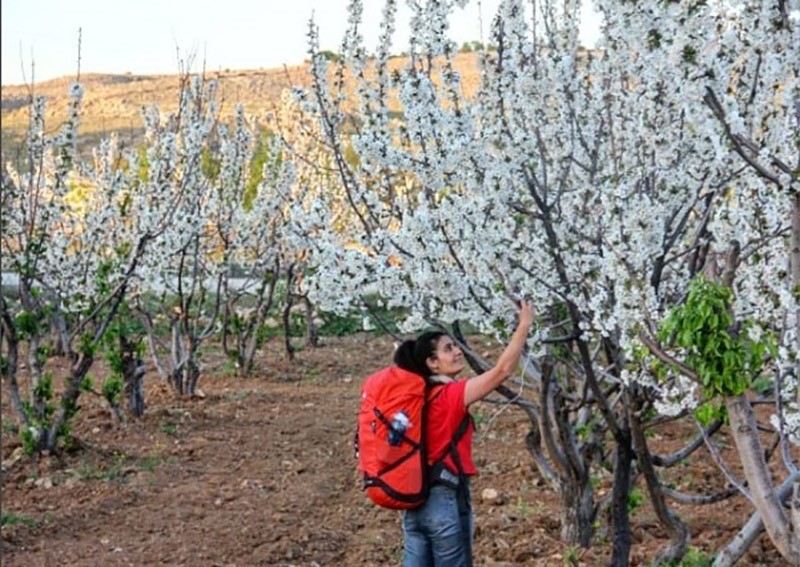 A 26-year-old woman who recently hitchhiked across 71 provinces of Turkey is planning to start off her academic career with a thesis on her incredible journey.

Omput, a tourism student who is originally from Mardin, said most of the vehicles who gave her rides had Istanbul or Ankara plates. Her shortest hike was 3 km (1.8 mi) and her longest was 1,100 km (683.5 mi).

Omput said those who give her a ride were often surprised to learn she is Turkish as they mostly assume she's a tourist.

"The most interesting thing is that I rode in hundreds of cars in six years, but only 11 women gave me rides," she told Habertürk news.

Omput says she first found a passion for hitchhiking in college, when she used it to get to school, since there wasn't a bus that left in time for her class.

"I started hitchhiking the 40-minute ride. What started as a necessity became a passion for me," Omput said.

When asked if she was afraid to hitchhike alone, Omput said no. She said all forms of transportation have risks.

"My country has as many good people as bad people. There is risk but no fear. I do not hitchhike at night, but I don't even carry pepper spray," she said.

She recalled being congratulated by the gendarmerie for her bravery during a routine road stop in eastern Turkey.

Omput plans to pursue an academic career, starting off by writing a book called "It's Also Possible for a Woman."

"I would like my travels to be an example to the students of the tourism faculty," she said, adding that she hopes she might be a leading woman in tourism academics in 50 years.

Though she might not continue hitchhiking, Omput says she'd like to tour Turkey and abroad on a motorbike.