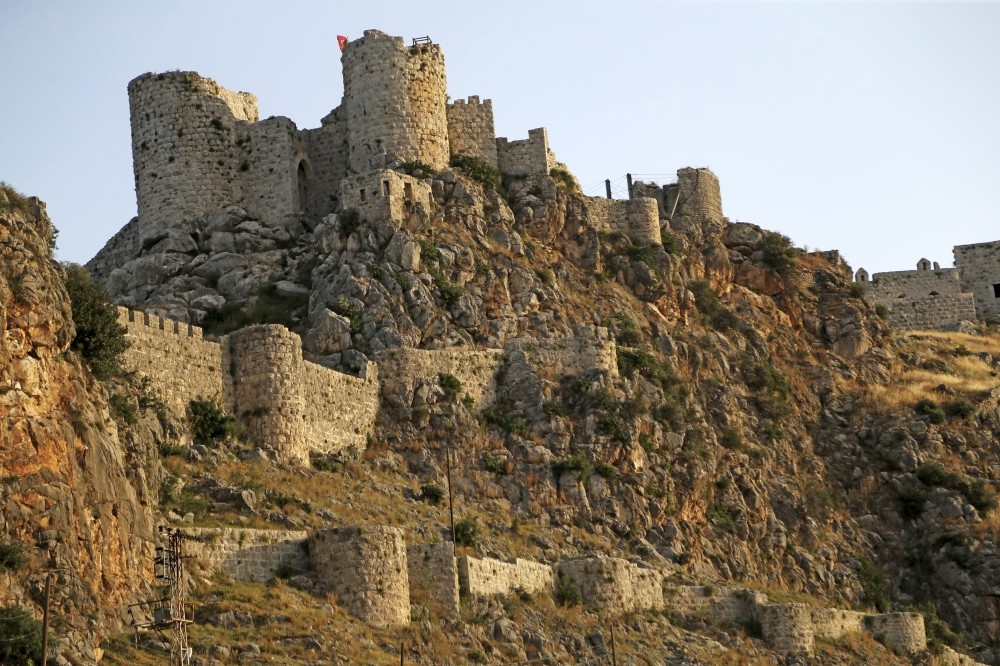 The 12th-century Yılankale (Snake Castle) in southeastern Turkey's Adana is known to the locals as the house of Shahmaran, a mythical creature that is half snake, half woman.

After lying in a state of ruin for years, Adana Directorate of Culture and Tourism began restoring the castle in 2014. Now it will soon be opened for visitors.

Yılankale, with its mythology, rises on a steep hill to provide a clear view of the surrounding area. It incorporates three interwoven bastions because of its strategical location.

There are some legends on how Yılankale got its name. Some say that a snake charmer used to live in the castle, while others suggest that the castle's snaky, twisted walls earned it the name Yılankale or Snake Castle.

The most common belief, however, is that the castle was home to Shahmaran, who gave an immortality potion to Luqman al-Hakeem.

Adana Director of Culture and Tourism Sabri Tari told Anadolu Agency (AA) that Yılankale was a defense and observation castle. It was built in the middle ages to control both Çukurova and the Silk Road.

He also noted its mythological value and said that the Ministry of Culture and Tourism placed much importance on the castle because of this reason. Tari said that the three bastions of the castle have been restored. "The ministry has spent more than TL 1.71 million ($384,621) to restore the castle. This year we initiated the bidding process for the landscaping. We will open the castle for visitors soon. They will be able to enjoy the castle's history, architecture and the myth."