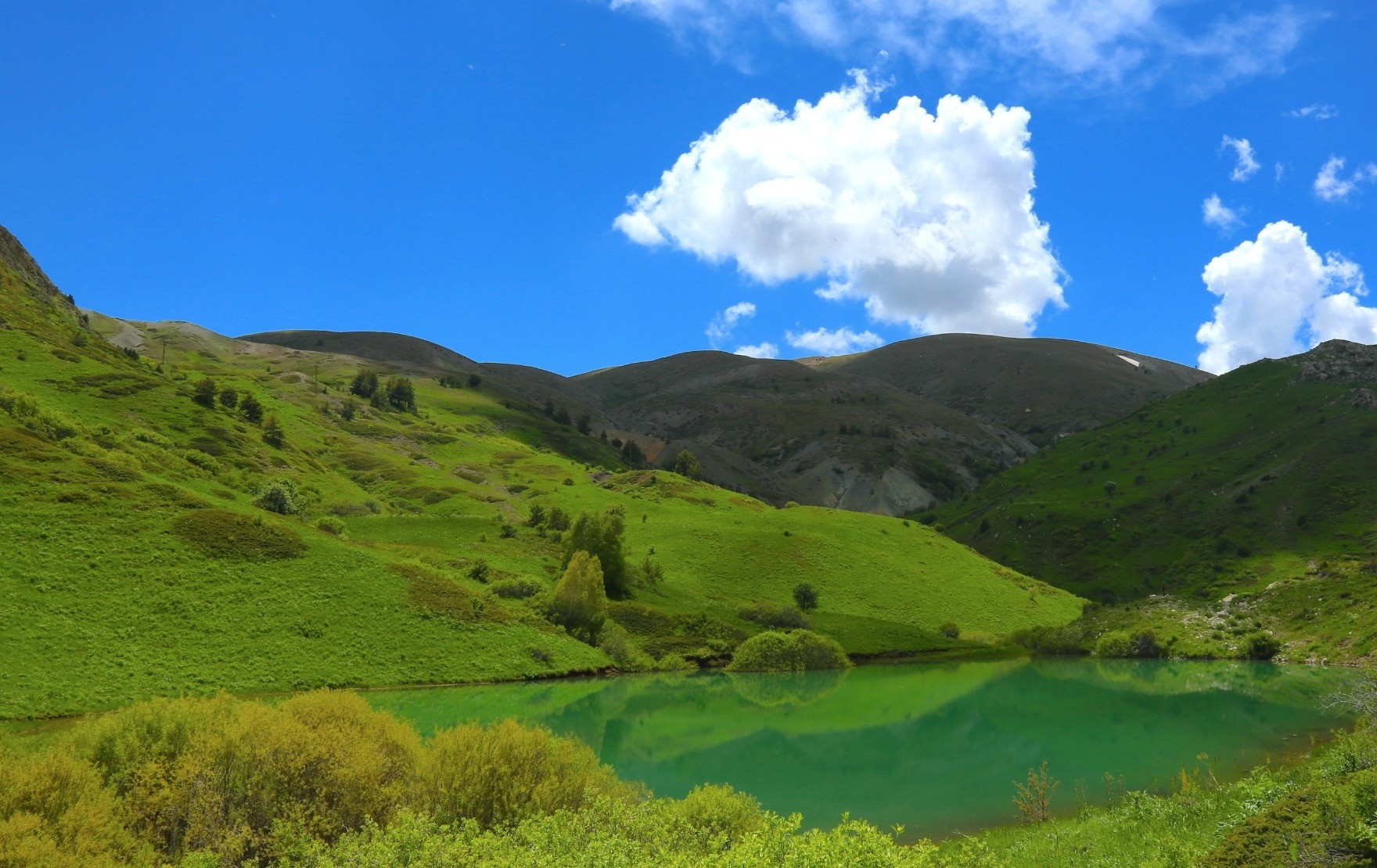 Syrian refugee Sahira Zoubi works on a new handbag made from recycled newspapers at an upcycling workshop in Irbid, Jordan.
by Anadolu Agency Jun 19, 2018 12:00 am

The Ministry of Forestry and Water Affairs is planning to introduce Bayburt's Kop Mountain natural landslide dam to tourism.

The lake and the surrounding area were declared a national park in 2016. The site will host camping sites and cabins.

The northeastern province is located on the historic Silk Road, connecting the Black Sea to eastern Anatolia. It attracts a large number of tourists throughout the year thanks to a number of natural and historical attractions.

In the winter, Bayburt is mostly covered in snow because of its high elevation, giving tourists an opportunity to enjoy some fresh air. Director of Nature Protection and National Parks in Bayburt, Alparslan Katırcı told Anadolu Agency (AA) that Kop Mountain is home to many different plant species. It was also one of the important fronts in the Russo-Turkish War in the late 19th century.

Katırcı said the site was registered as Turkey's 42nd national park in 2016. "It is home to nearly 400 local plant species and a landslide dam," he said.

"The lake, located at an altitude of 2,150 meters, will soon be opened for tourism. The site is at the end of a historic route that was used during the Russo-Turkish war. Visitors will be able to camp here," he said.