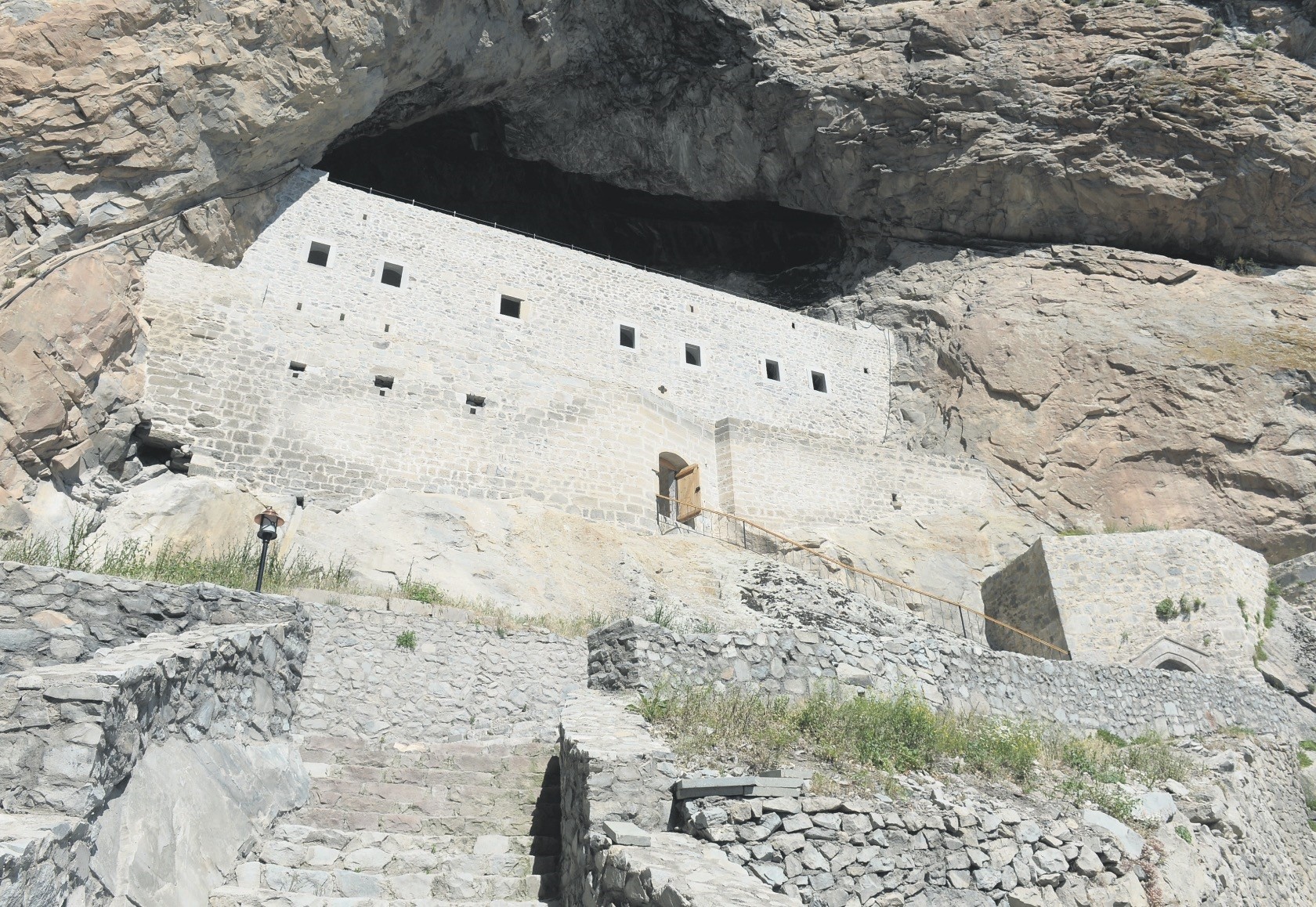 The rock-carved Virgin Mary Monastery, which is located on the route that connects the Black Sea to Central Anatolia, is bringing in summertime visitors

Dating back to the medieval age, the Virgin Mary Monastery in Şebinkarahisar, Giresun has started to draw in tourists in the summer. The monastery, which is carved into rock, is located on the route that connects the Black Sea to Central Anatolia.

The historical construction, which was built on a rock hill in Kayadibi village, can be reached in around 15 minutes on foot. In winter, transportation to the monastery is difficult because of snowfall and strong winds. With summer, however, interest in the historic site has increased.

The Virgin Mary Monastery, which is nearly an hour away from the Black Sea plateaus, provides an alternative, cultural tourism to the nature tourism in the region. 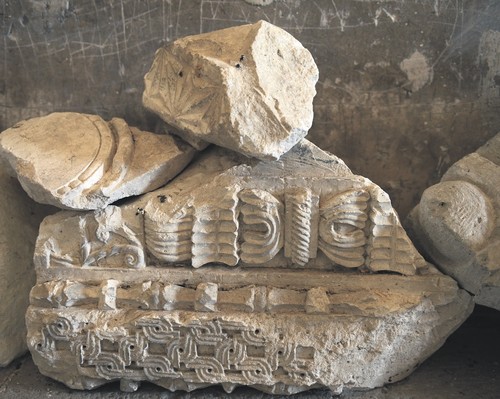 Remains dating back to the Byzantium period in the Virgin Mary Monastery.

Noting the monastery is carved into one rock with four stories, Gürgenci explained that it is an important cultural asset belonging to the Byzantium period. He reported that there are fountains, cisterns and graves in the garden of the monastery which is located in front of the cave on the first floor.

"The other three stories comprise of social areas. On the first floor of these three stories, there is a reception room, a kitchen and a dining hall. On the second floor, there are monk rooms and a big terrace. The third floor features the church of the monastery," the director stressed.

Mentioning the monastery was restored between 2012 and 2014, Gürgenci continued, "The Virgin Mary Monastery has become an important place, especially in the context of cultural tourism recently. It is of the leading places visited by those who prefer cultural tourism in the region. The place has a great potential in terms of religious, natural and cultural tourism."

He said that they think visitors to the monastery will increase in the near future because it is so close to Giresun and Sivas.

He added that some tour companies who use this road, organized tours to the monastery this year.

"The monastery is 12 kilometers away from the district center. Those who use the route between the Black Sea and Central Anatolia have a chance to see it. We believe the monastery will reach an important visitor capacity in the next five years," he said.

Gürgenci reminded that the monastery can be reached on foot, adding, "When you reach the monastery, you can feel a little bit tired. However, you will see both a cultural structure and you will also witness a bird's eye-view of the district's natural beauty. A perfect valley view waits for you. It is a kind of natural observation deck."

Ahmet Durmuş, a tourist to the region, said that everyone coming to Giresun should see the monastery.

"For me, the most impressive thing about it is that it was carved into a rock. It was built by manpower. In the old times, it must have been really difficult carving this building," he said.