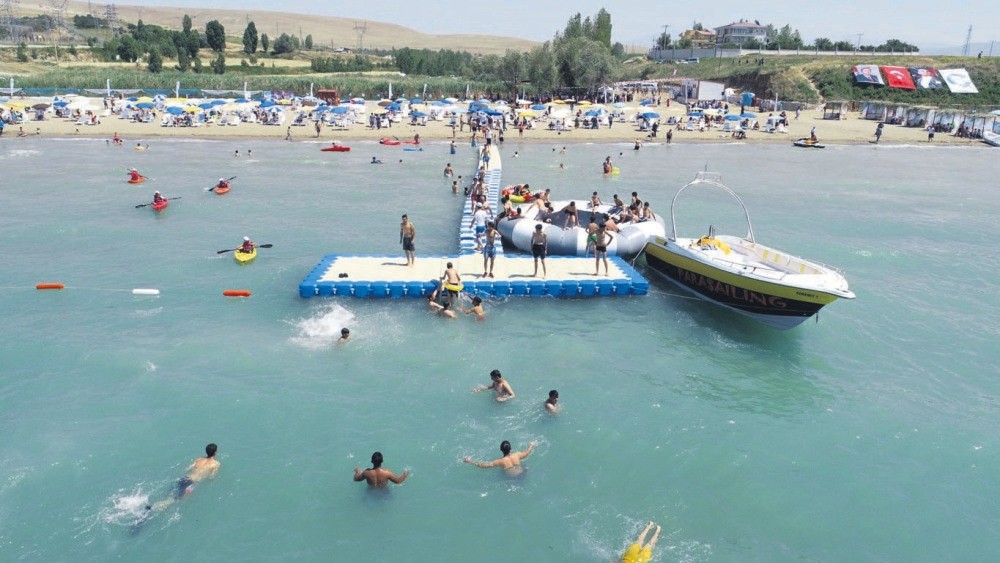 The new beach opened in the Edremit district of Van is complete with sun beds, umbrellas, shower cabins, a swimming platform and canoes providing people with all they need for a joyful day with friends and family.

Now, with the second public beach opened in the region, beachgoers will be able to enjoy swimming and sunbathing in a larger area.

Built over a 15.000 square meter area, the public beach has cafes, recreation areas an special sections for families and women.

Security officers and lifeguards are also on duty.

Notable for its historic landmarks and natural wonders, Lake Van is a frequent destination for not only domestic tourists but also for international tourists, especially from the Middle East. Turkey's eastern province saw a record number of visitors in 2017. The city welcomed 424,432 Iranian visitors in 2017, which marked a two-fold increase compared to previous years, according to data from Van's governor's office. A total of 26,748 Iranian tourists arrived in Van last year.