Enjoy the best of Aegean at Izmir's coastal towns 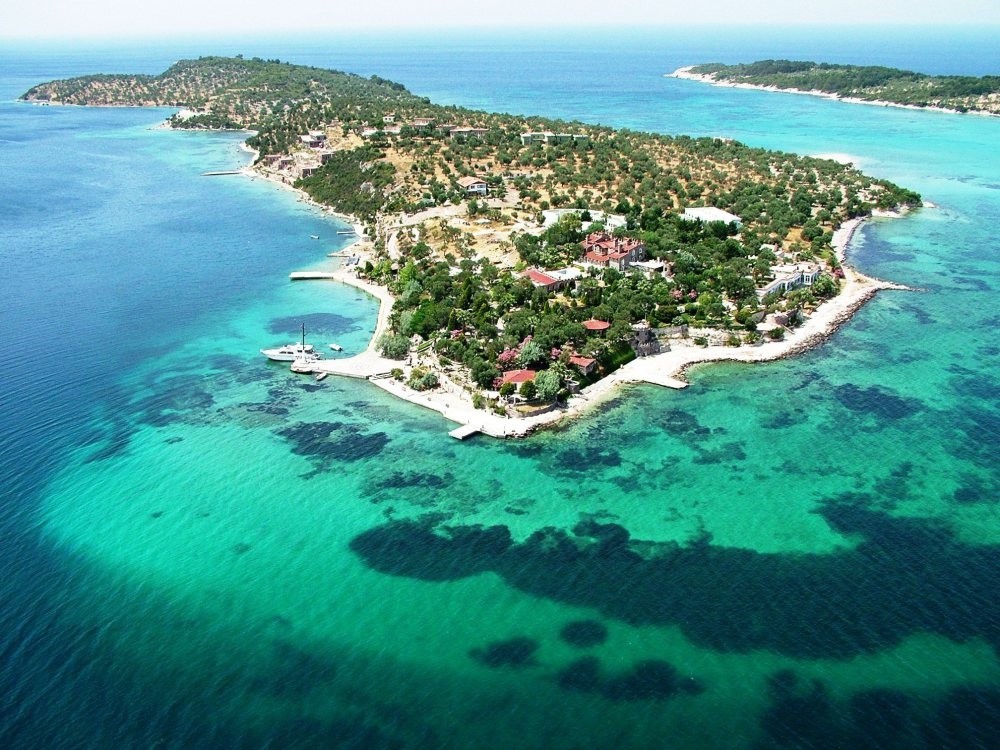 If you want to spend your summer holiday on the coasts of the azure waters of the Aegean Sea while discovering the millennia-old history of the land, no need to get lost in maps: Just set your course to İzmir

The jewel of the Aegean, İzmir is one of the first destinations for vacationers who are looking for a delightful summer holiday.

Turkey's third-largest city, İzmir has been an important Aegean port since ancient times, when it was known as the Greek city of Smyrna; its seafront is as fetching and lively as any in the world. The city's rich and fascinating heritage reflects the fact that it has been the home of Greeks, Armenians, Jews, Levantines and Turks over the centuries. Today, the city still enjoys its small but culturally-colorful Jewish and Levantine communities - and its unique and delicious cuisine attests to this. Despite its monumental history, İzmir and its delightful sea towns are among the must see places during the summer. If you want to enjoy sun, sea and the sand, you should definitely add İzmir to your holiday-route.

Here are some of the holiday heavens of İzmir:

A beautiful corner of the Aegean, Özdere is located on the coastline starting from Ephesus. Selçuk district is on the west of this cute town in Menderes district of İzmir province while Gümüldür district is on the east. The town has a border with Menderes district on the north. It hosts hundreds of thousands of holidaymakers with its nearly 40-kilometer-long coastline and blue-flag beaches. It is a place for those who look for serenity at holiday resorts in İzmir with its peaceful atmosphere and green nature.

Seferihisar, which has a 3,000-year-old history, has hosted Ionians. Located on the south part of Urla Peninsula, reaching the Aegean Sea, Seferihisar meets the east of the Sığacık Gulf on the west. On its south is the northern part of the Gulf of Kuşadası. The area has many natural protected areas, Seferihisar hosts visitors with many touristic facilities in the area where Teos and Akkum Beaches are located. The resting area in the Teos Forest is one of the leading and most precious picnic areas in Seferihisar and İzmir.

Bergama is a district which has a rich history and archaeological value for İzmir. One of the most important health centers in the ancient era, Bergama was also a medical school where famous doctors of the times were educated. It is also known as the place that had the first psychiatry hospital in the world.

Asklepion in Pergamon Ancient City, which is on the UNESCO World Heritage List, has a 8,500-year-old history, where patients were healed using methods such as, mud baths, music, water and spa therapy, meditation, natural herbal mixtures, massage, aromatherapy and special diets - which are still very popular today.

Among the closest holiday places to İzmir, is Urla, and one of the destinations most preferred by the public for holidays. It also features Limantepe, which is the oldest harbor of the Aegean Sea. Urla, which is 35 kilometers away from the city center, is one of the best places to escape to when leaving the city. To the east of the town are the Güzelbahçe and Seferihisar districts, while on its west lies Çeşme with Karaburun on the northwest. 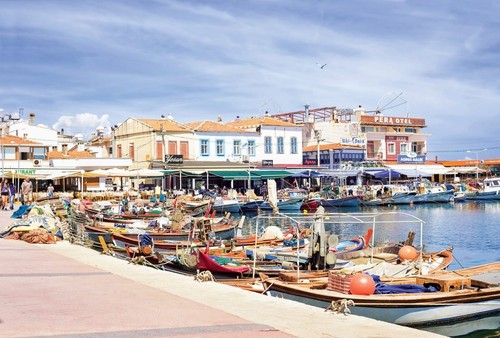 The north and south parts of the district are surrounded by the Aegean Sea. Decorated by the generosity of nature, the district houses many small and large bays and 12 peninsulas. It is one of the holiday routes which are preferred in every season because of its temperate climate. Urla, where sea and history are in harmony with nature, is covered by olive trees, and is among the options for those who are fond of breakfasts and delicious katmer (pastry). Healthy Aegean cuisine and delicious Aegean vegetables are other features that make Urla even more beautiful.

Located on the north of İzmir, Foça is the most important district that survived without being destroyed with its clear sea and beaches. Foça, with its fresh air, nature, small and large bays, is at the top spot for holidaymakers. It starts from Mersin, part of an area known as the Turkish Riviera, and reaches İzmir.

Hosting many local and foreign tourists every year, the district is also hosts the endangered Mediterranean monk seals. When the city was established as an Ionian settlement in the Ancient Era, it was called Phocaea because of the seals living in the region. This name changed to Foça over time.

One of the favorite places of the summer season, Çeşme offers various accommodation options for holidays with its hotels, summer houses and bed and breakfasts. In this holiday town, which features houses restored in accordance with local architecture, it draws attention with its authentic atmosphere. It is a kind of heaven for those who love the sea, sun and beach.

The Ancient City of Claros, dating back to the sixth century B.C., Ahmetbey Beach, Denizpınarı Forest Resting Area, Forest Camp, Greek island Samos and virgin beaches are some places to visit in Gümüldür. Those who want to have a quiet holiday in touch with nature instead of a lively nightlife prefer Gümüldür.

Dikili, a holiday destination that has managed to stay untouched, is a neighbor of Ayvalık. With its beautiful bays, beaches and historical values, the district is one of the places that has recently been flooded by visitors.

Remains of the Pitane Ancient City, the beautiful bays of Bademli, Çandarlı Castle, Nebiler Waterfall (also known as Aşıklar Waterfall), Deliklitaş Village and blue-flag beaches are some of the things that come to mind when Dikili is mentioned. The best spot for those who want to have a quiet, peaceful holiday in serenity is Dikili.