Safranbolu: An Ottoman gem that draws a million tourists to Turkey a year 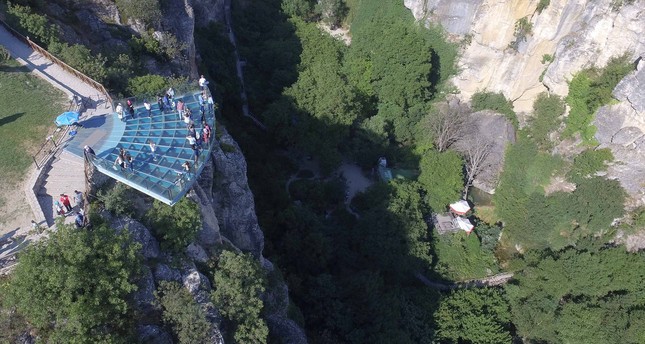 Safranbolu, an Ottoman-era district in Turkey, hosts an average of one million domestic and international tourists annually, data released by the city's tourism information center revealed.

The district, located in the northern Anatolian province of Karabuk, was an important stop on the main East-West trade route around the region. The city's iconic sites of the Old Mosque, the Old Bath and Suleyman Pasha School (medrese) were built in early 13th century, according to United Nations Educational, Scientific and Cultural Organization (UNESCO).

After its inclusion on UNESCO's world heritage list in 1994, the district municipality has restored different sites in order to facilitate the visitors. Hailed as "outdoor museum" and "self-protected city," Safranbolu was named after a flower that grows only in that region.

The site hosts International tourists from 70 countries especially from the Far Eastern countries of Taiwan, Japan and Korea.

A 500-meter long cave, the 80-meter high Incekaya canyon that has an astonishing view of the city, historic houses and culturally significant saunas are some the places where one can build unforgettable memories.

"The City of Safranbolu is a typical Ottoman city, with typical buildings and streets, and played a key role in the caravan trade over many centuries," UNESCO said in its description about the city.

"There is no doubt about the authenticity of the street layout and the general townscape of Safranbolu, which is evocative of pre-industrial Turkey. However, the level of authenticity in individual buildings is largely related to changes that have occurred in the interior parts as a response to modern needs and industrialization," it added.

"Safranbolu is a unique world heritage," said Aytekin Kus, an author of a book named "Bir Zamanlar Safranbolu" (Once Upon a Time in Safranbolu).

"It is a world-renowned place where guests from home and abroad can come, tour and observe the best details of the Ottoman-Turkish life," Kus told Anadolu Agency (AA).