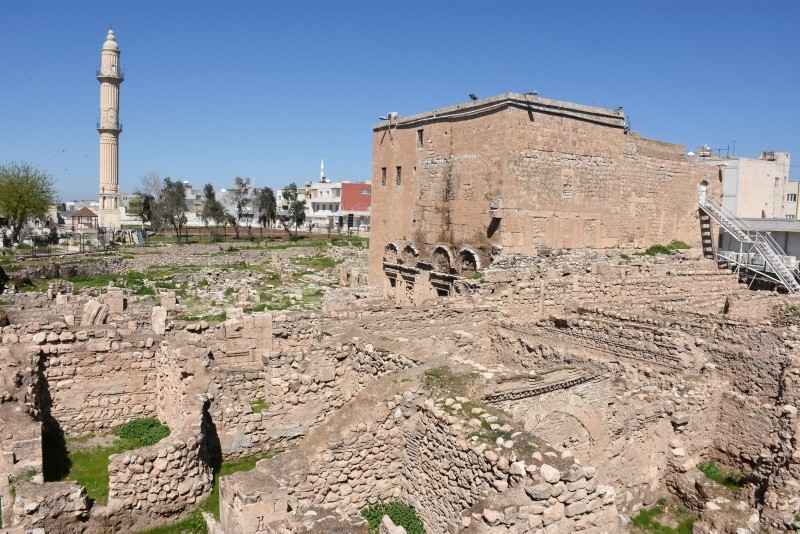 Two testimonies of coexistence of different religions for centuries in Nusaybin, lying about 250 meters to the Syrian border, were accepted into the UNESCO Tentative List of World Heritage on April 15, in 2014.

According to the UNESCO website, the "Culture and Faith Park Project" – basis of the unity of religions – was launched in the area while involving both the mosque and church.

"The main purpose of it, aiming to preserve and hand down both buildings to the next generations, is to create a historic cultural park manifesting that different religions and cultures can coexist in solidarity and be enhanced more," it said.

Nihat Erdoğan, Mardin Museum director, told Anadolu Agency (AA) that two worship sites, located adjacent to each other for around 1,000 years, will be added to the world heritage list.

"Restorations of mosque and madrasah were completed. We aim to complete the restoration of the church within the scope of the development agency project."

"Later, the site is expected to be added to UNESCO's main list in late 2019," Erdoğan said.

Being on the UNESCO list would increase the foreign travel, he added.

Archeologist Abdurrahman Oruç told AA that both Zeynel Abidin Mosque and Mor Yakup Church were damaged due to terror attacks in the region.

"We think they will attract intensive attention with the peaceful atmosphere that was ensured in the region," Oruç said.

Many of the historic sites in Diyarbakır and Mardin provinces were severely damaged during attacks by the PKK terrorist organization, which also dug trenches for fortification.

The terrorists were defeated following successful security operations, and the process to restore the historic sites is in its concluding phase.

Daniel Cepe, employed at Mor Yakup Church said different ethnicities and religions have been "peacefully" coexisting in Mardin for centuries.

"Zeynel Abidin Mosque was restored. The restoration of the church is also considered. It would be really nice to be on the permanent list. We both preserve our history and make it a world heritage. It will have a great contribution to Nusaybin," Cepe said.