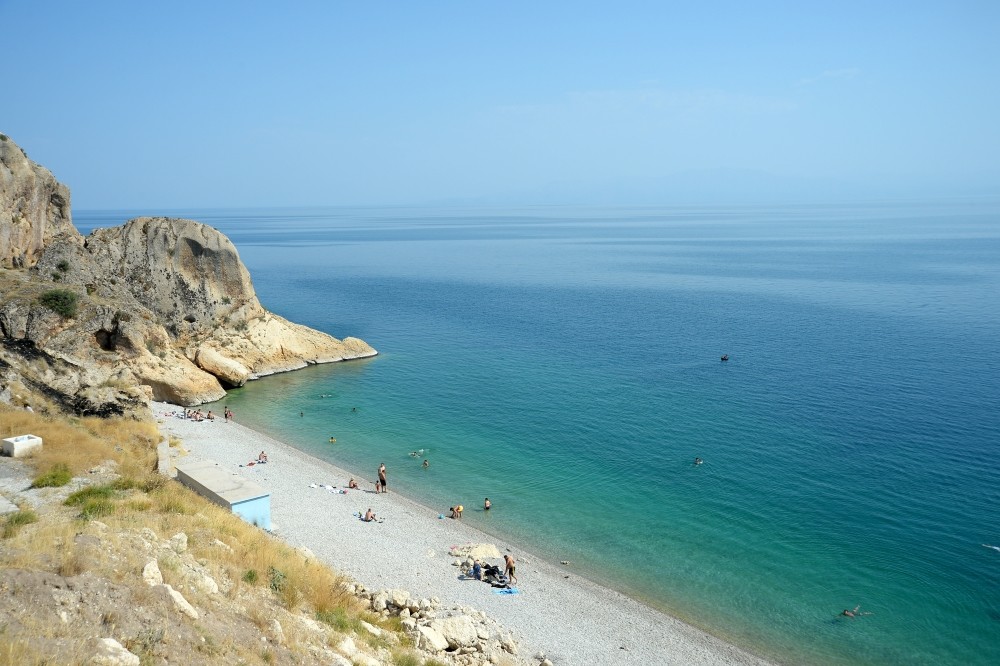 Eastern Anatolia is home to some of the tallest mountains in Turkey. It is also located far inland. But that does not mean people in the region or tourists cannot enjoy a little sun, sand and swimming in summer.

Lake Van, which is the largest in Turkey, is one of the most popular tourist spots in eastern Anatolia.

Its shorelines and water are very suitable for swimming, making Lake Van a popular destination like Turkey's Aegean or Mediterranean coasts.

Lake Van, which came into being when Mt. Nemrut erupted, rich in biodiversity. It holds an important place in the region's economy, transportation, culture and tourism.

Visitors can enjoy the lake's pristine blue waters and shorelines that have little human settlements.

"The water is so clear you can see the bottom," said Gencan.

With salty, mineral-rich water, Lake Van is said to have healing effects for many skin diseases.

Since people come to Lake Van for a natural remedy, Gencan said: "Our biggest tourism potential lies in provinces like Diyarbakır, Batman, Van, Şanlıurfa and even from as far as Istanbul. In summer, it is very difficult to find a vacancy in hotels and motels. Lake Van is a real gem."

With daily ferry trips to the lake from neighboring cities, the lake's tourism potential is on the rise. However, it still needs investments to increase the number of facilities around the lake.

"We are currently in talks with a number of investors," said Gencan, adding they hope to boost Lake Van's tourism potentials as soon as possible."