Ahlat: Thousands of years of history written on tombstones 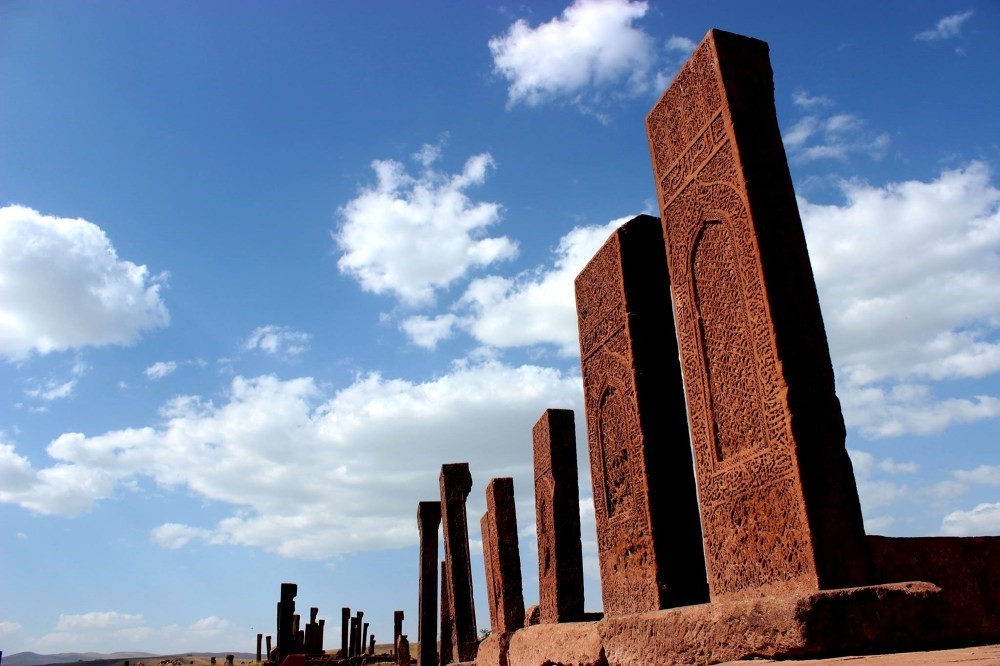 Located in eastern Anatolia, the city of Bitlis has been home to many civilizations throughout history. Shedding light on the culture and beliefs of one of the greatest of the Turkish civilizations, the city is most famous for its Seljuk cemetery. If you happen to find yourself in Bitlis, history is not the only thing you'll find though

Ahlat, Bitlis is located on the shores of Lake Van. The Ahlat Seljuk Meydanlık Cemetery in a 210-decare area reveals many important clues about the period it belongs to and the different religions that called this place home at one point or another.

The historical tombstones of the cemetery come into prominence with their designs carved out of stone and different shapes. The most interesting thing is that each tombstone varies in height. We learned that their heights were determined in line with the status of the dead people. Some of them reach four to five meters.

According to studies at Ahlat Seljuk Cemetery, which is one of the most beautiful examples of Turkish-Islamic architecture, there are more than 8,000 graves, 1,500 of which are in perfect condition. It is estimated that there are still some undiscovered graves, and the number of the graves will increase with the excavation works. Ahlat was a center for various civilizations throughout history with its natural beauty and strategic importance.

The city was known as Khlat during the Byzantine period, as Khelath during the Assyrian period, as Halt to the Arabs and as Ahlat to the Iranians and Turks. It was at the helm of various states, starting from the Hurrians in the 4000 B.C. to the Ottoman period. It was the base of Turks during their passing from the east to the west after 1071.

Since the beginning of the 12th century, it was the capital of the Shah-Armens, which are a group of Seljuks. Ahlat has an important place with scholars, religious cultural figures, artists, Sufis and devotees whom it raised. It is called "Kubbet-ül Islam" in the Islamic world, and has been compared to Bukhara (Uzbekistan) and Balkh (Afghanistan), because of this feature.

The biggest one among the whole Ahlat cemeteries is the Meydanlık Cemetery. The most important tombstones and renowned artists' works can be seen here. There are graves that date back to the 16th century, starting from the 12th century. Ahlat tombstones are like the representatives of the Orkhon Inscriptions in Anatolia. In the sarcophagi on these tombstones, the name of the dead person, the one who built the grave and verses from the Quran are written. Additionally, dragons, oil lamps and geometrical motifs draw attention. There are different motifs on the front, back and side faces of the tombstones. 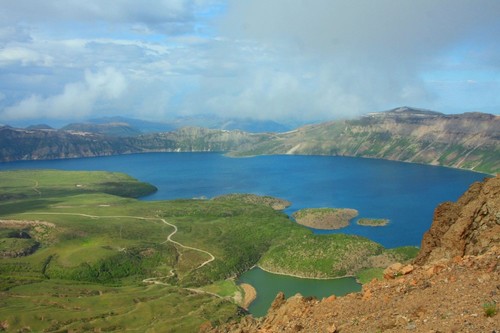 On the summit of Mount Nemrut, located in the Tatvan district of Bitlis province, Turkey's biggest lake formed after volcanic eruptions can be found. Crater Lake Nemrut is the second biggest crater lake in the world. Its location is generally mistaken with Mount Nemrut in Adıyaman province. The vapor chimneys in the crater are worth seeing. After eruptions, lava accumulations in an almost 30-kilometer area occurred. There are both hot and cold lakes in the crater of Mount Nemrut. The biggest lake is known for its blue waters and therefore called Lake Blue. The other lake has greener water and it is like a hot spring. It is said that this lakes water is good for some illnesses, such as asthma, bronchitis and rheumatism. Black glass stones that are on the roadside and shine bright when the sun reflects off of them attract a lot of interest as well. These rocks are volcanic glass (obsidian) produced after lava gets cold quickly and frozen before it has enough time to be crystallized. We completed our journey to Crater Lake Nemrut, passing among wild poplar trees which you can't see anywhere else.

What to eat: Buryan Kebab

Buryan Kebab, which is made from a young goat's meat, is one of the famous foods in Bitlis. Avşor soup is another delicacy that should most definitely be tasted. This dish is known as the soup of those who don't sleep. The reason is that it is made in the late hours of night. It is prepared in four hours and should be consumed in four hours, as well. It is offered to guests who come, leaving their sleep, after 5 a.m.

Emir Bayındır Cupola, which is located near Meydanlık Cemetery, was built in 1481 in the name of Emir Bayındır, the son of Rüstem Bey from Akkoyunlu. The cupola, made with cut Ahlat stone, is situated two meters south of its namesake mosque. There are two stairs with five steps on two sides of its northern part. There are columns on both sides of the entrance and coupled with its ornaments, the cupola is a center of interest.

What to take back

The Ahlat area is famous for its carpets, rugs prepared with madders, clay pottery and walking canes. You can also buy Hizan nut, Adilcevaz walnut, karakovan honey and küp cheese.