Mount Hasan: The Perfect spot for paragliding in Central Anatolia 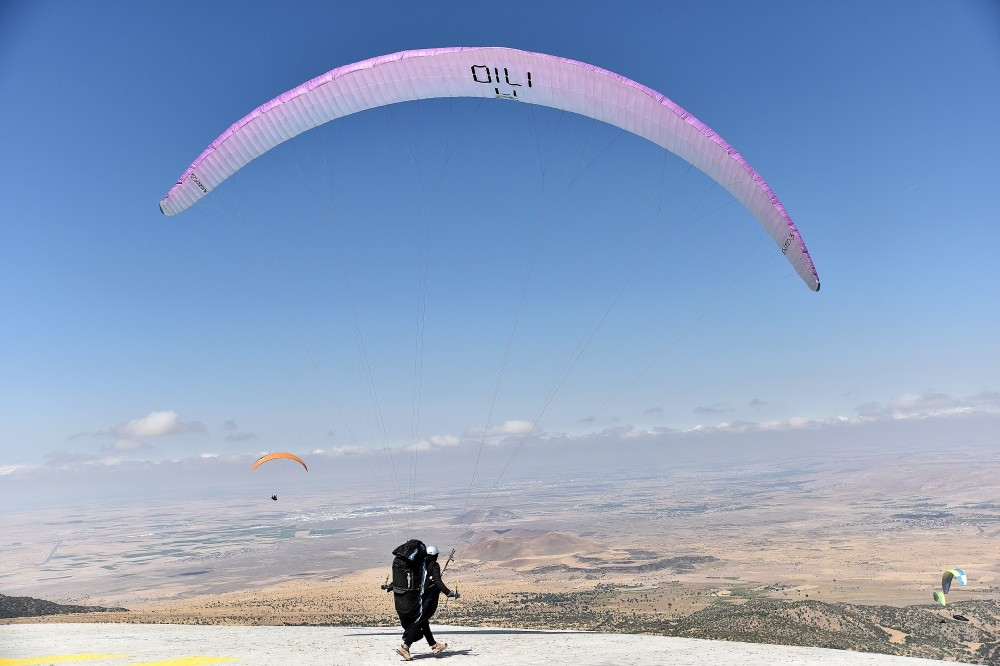 Straight out of fairy tales, Cappadocia and the Ihlara Valley are among the places that should be seen at least once in a lifetime. But the territory is not the only thing that offers once in a lifetime experience.

The dormant Mount Hasan has been a frequent destination for adventure seekers with an altitude of more than 3,000 meters.

Currently, the mountain has become a hub for paragliders who like jumping from high altitudes and fly over the sky with their parachutes.

Starting with the Paragliding Festival that was held in 2014, Mount Hasan has become the number one destination for paragliders. Since then, Aksaray province where Mount Hasan is was home to numerous international paragliding competitions including the latest Paragliding World Cup between Sept. 8 and 15.

"Mount Hasan is one of the most popular paragliding spots in the world," said the president of Paragliding World Cup Organization Goran Dimiskovski. The latest world cup was a huge success for both Aksaray and the organization committee. During the tournament, 130 pilots from 30 countries from around the world competed without any accidents.

Stating that Mount Hasan is very important for the development of paragliding in the world, Dimiskovski continued: "There are not many places in in the world like Mount Hasan where this many pilots can fly. During the previous event, it was important for us to enable this many pilots to fly successfully. Mount Hasan is meteorologically perfect which makes it a tailor-made spot for paragliding. It seems like Mount Hasan will be an irreplaceable place for paragliding in the future." Although Mount Hasan is one of the few perfect places for paragliding, it has its downsides as well. The current facilities in the mountain allow it to host international championships but it needs to feature new takeoff areas, according to Dimiskovski. "There should be takeoff ramps in the northern, western and southern parts of the mountain as well," he added.

Among the top 3 in the world

Despite these ramps, Dimiskovski believes Mount Hasan is among the top three best paragliding destinations in the world.

"The mountain has a huge potential," he said during an interview with Anadolu Agency (AA). "We call for the local administration to improve the takeoff ramps on the mountain so that Mount Hasan can be the world's number one paragliding spot. It is possible for Mount Hasan to become a critical position for international organizations."

Locals hopeful for the future

Abdullah Kahraman from Turkish Air Sports Federation is confident that Mount Hasan will get to host the international championships, Super Final.

"Mount Hasan and its location are heaven for paragliding. There is no other place like Mount Hasan where paragliders can land on a plain. It is easy to break records on this mountain."

Pilots who paraglide from Mount Hasan have a flight range of 160 kilometers. The paragliding facility on Mount Hasan monitors thermal activities to catch the best possible conditions for flying.