Şanlıurfa in autumn: Discover the Pool of Sacred Fish 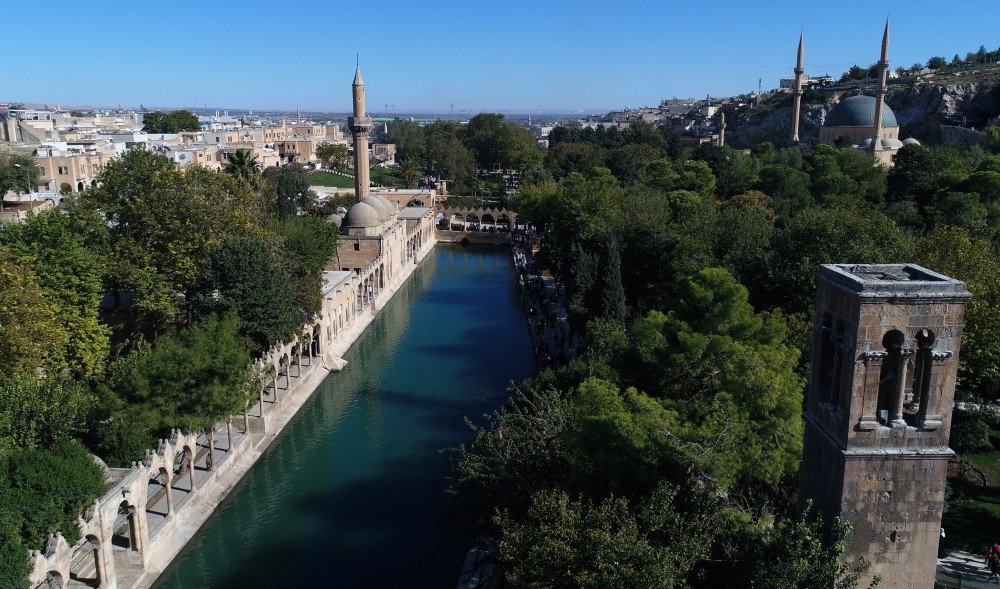 Şanlıurfa is a passage through ancient civilizations with a unique community holding on to their centuries-old traditions. The southeastern province was once one of the oldest settlements in Mesopotamia. Formerly known as "Urfa," the city took the title "Şanlı" - meaning glorious, dignified - in 1984 in memory of the achievement of its people in the War of Independence.

The city's history goes back to 9,000 B.C. or even further with the findings discovered every day at Göbeklitepe, mankind's first temple that was every erected on earth.

According to Jewish and Muslim traditions, Urfa is "Ur Kasdim," the hometown of Abraham. This identification was disputed by Leonard Woolley, the excavator of the Sumerian city of Ur in 1927 and scholars remain divided on the issue. Urfa is also one of several cities that has traditions associated with Job. For the Armenians, Urfa is considered a holy place since it is believed that the Armenian alphabet was invented there.

Urfa was conquered repeatedly throughout history, and has been dominated by many civilizations, including the Ebla, Akkadians, Sumerians, Babylonians, Hittites, Armenians, Hurri-Mitannis, Assyrians, Medes, Persians, Ancient Macedonians (under Alexander the Great), Seleucids, Arameans, the Neo-Assyrian Osrhoenes, Romans, Sassanids, Byzantines and Arabs.

However, during autumn time, the city of Şanlıurfa's tourist attraction is the sacred Balıklıgöl, the "Pool of Sacred Fish" located in the courtyard of the Halil-ur-Rahman mosque, which dates back to 1211.

Legend has it that the pool is where the Prophet Abraham was thrown into the fire by King Nimrod. Based on this belief, the fire turns into the pool and the firewood into fish. Hence, Balıklıgöl and the carp fish in this pool are considered sacred.

Every year, the pool is flocked by tourists around the world where they can feed the fish and climb to the Urfa Castle to observe the city with a bird's-eye view.

In the restaurants surrounding the historic site, tourists can taste local delights such as "mırra," a type of Turkish coffee, and take a tour in the historic covered bazaar where they can find best examples of local craftsmanship.

Speaking to Anadolu Agency (AA), Şanlıurfa Mayor Nihat Çiftçi said with a history of 12,000 years, Şanlıurfa is rich in culture, cuisine and history.

Commenting on the touristic aspects of the city as well as the Balıklıgöl, Mayor Çiftçi said, "We have renewed the infrastructure of Balıklıgöl from head to toe to offer the best service and experience to our tourists. Balıklıgöl is the heart of Şanlıurfa. This year, we welcomed more than a million tourists and expect to welcome 500,000 more until the end of the year."

Selma Akça, a tourist who came from Çanakkale, said she had wanted to visit Balıklıgöl but this is the first time she came to Şanlıurfa.

"This is a place that everybody should see once in their lifetimes. This is a spiritual place, a sacred land. It has a different aura. Since the weather has cooled off, it is easy to stroll through the streets and discover the city," Akça added.