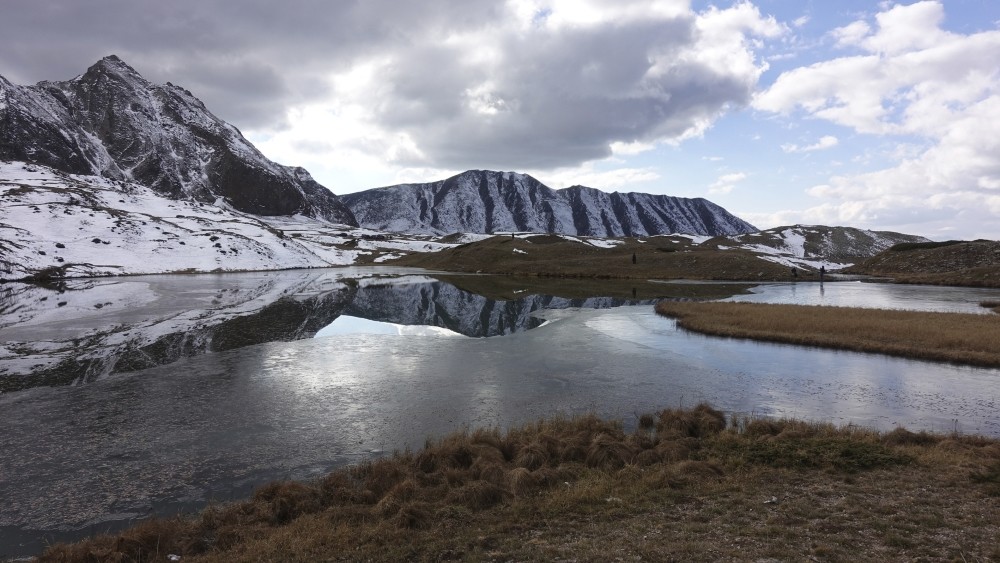 The Arsiyan Plateau in Artvin's "Cittaslow" district of Şavşat is an all-season destination for nature lovers.

Its unique natural wonders, including Lake Karagöl and the Sahara National Park, draws a huge number of local and international tourists every year. Şavşat earned its "slow city" title in 2015.

It now welcomes safari enthusiasts who want to tackle the harsh weather and geographical conditions of the Arsiyan Plateau.

Situated at an altitude of 3,500 meters near the Georgian border, the Arsiyan Plateau is a delight for the eyes. It is surrounded by mountains on all sides and has a series of small lakes - 20 in total - that inspired numerous myths and legends throughout history.

Access to the plateau is very tough. That is why safari lovers enjoy discovering the area in off-road vehicles.

Tourists usually visit the region in groups, on their off-road vehicles. They enjoy an adrenaline rush while discovering the area.

"It has already begun to snow on the higher parts of the plateau. For those who want to experience the Arsiyan Plateau at its best, this is the time to visit," she said.

Murat Çakal from Istanbul said the plateau is the right place for those who love extreme sports. "Almost everyone who attended the different events at the Arsiyan Plateau has left satisfied. As it really close to the Georgian border, Georgians also come here for a rush of adrenaline," he said.