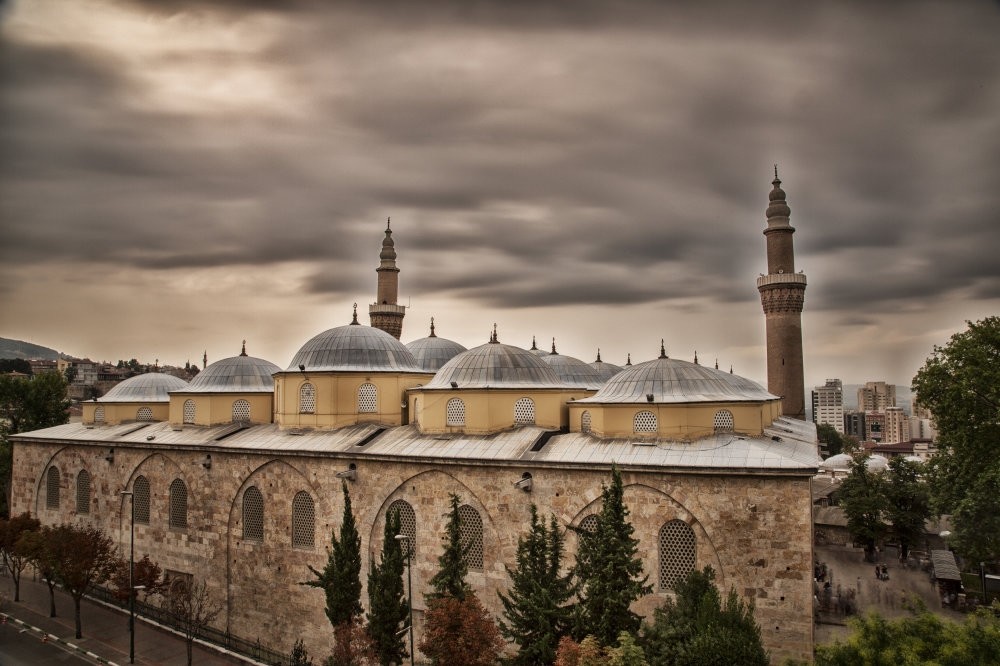 Situated on the foothills of Mt. Uludağ, Bursa justifies its nickname ‘Green Bursa' with its natural beauty. Cradled by mountains and hills blanketed with trees, historical riches with a covered bazaar, public baths and mosques, Bursa welcomes visitors with open arms

You may feel dizzy as you walk on the streets of Bursa. Everywhere you turn, you see a historic inn or covered bazaar, madrasahs or mosques that were built centuries ago. Bursa is reminiscent of a miniature Ottoman Empire, founded on the footsteps of the mighty Mt. Uludağ. Once the capital city of the Ottomans, Bursa's history dates back to the Romans and Byzantine Empire.

Although Bursa is the fourth most crowded city in Turkey, you do not come across people flocking from one place to another. It is a city that breathes and is well-coordinated with its historical and modern buildings side by side. There is so much to see in Bursa, and it is not possible to squeeze everything into a two-day trip, but we had a chance to discover the landmarks of Bursa with Alinur Aktaş, the mayor of Bursa Metropolitan Municipality.

Before starting our tour, we had a lovely breakfast at a small place in Gemlik, 32 kilometers from Bursa's city center. Right after breakfast, we found ourselves in Gölyazı, a village mounted on a small island on Lake Ulubat. The village's only land connection to the main land is a bridge that allows car traffic.

The village was once a part of Apollonia. It is so tiny that it takes only 10 minutes to walk around the village. There is a huge plane tree right in the middle of the village with a piece of marble under it. The marble features the stains of few red drops that are supposed to coincide with the story of a young couple back when the village was inhabited by both Greeks and Turks.

As the story goes, Turkish Mehmet and Greek Eleni were in love but due to the hostility between the two nations, the lovers died. After this tragic event, the huge plane tree started to cry and the red drops on the marble are said to be the remnants of the tree's bloody tears.

After leaving Gölyazı, we went to central Bursa where many wonders awaited us. As we walked down the streets of Bursa, the smell of melted butter immediately grabbed my attention. Following the tempting smell, we came across Bursa's famous meatballs with pide. Although the meal looks like famous İskender döner, it features meatballs instead of döner pieces. If you want to taste the best meatball with pide in Bursa, all you have to do is to make your way to Kayhan Bazaar. While you are there, stop by the shops selling unique local handcrafts. 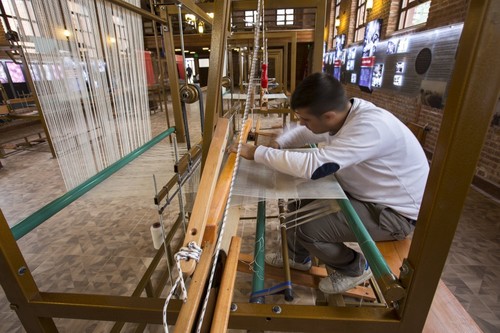 The silk and cashmere craftsmanship in Bursa is world-renowned.

Another must-visit restaurant in Bursa is Kebabçı İskender, which has a long history of making İskender döner. Bursa's special Kemalpaşa dessert, a kind of cheese dessert, and boiled sherbet is a sweet escape for foodies. Another famous Bursa treat is candied chestnuts, which you can find on every corner of the city.

Bursa City Museum is the biggest museum in the city and the best place to follow the food of Anatolian and Ottoman culture. Each floor of the museum is dedicated to a certain period, with the ground floor dedicated to the history of Bursa.

Located 25 kilometers from the city center, Aktopraklık Mound is an open-air museum and the biggest prehistoric park in Europe. Arkeopark is also a perfect place for a tourist to stop by. If you want to see something interesting, be sure to visit the Bursa Knife Museum as well.

The museum displays a total of 150 knives and blades, some of which are only produced in Bursa.

The most famous piece in the museum is a blade made by Remzi Sarıçetin, a renowned knife craftsman of his time, who in 1922 gifted the blade to Mustafa Kemal Pasha, later known as Atatürk, the founder of the Republic of Turkey.

The Grand Mosque of Bursa is one of the most important landmarks in the city. The name of the mosque gives justice to its grandeur; the architecture is so detailed that I recommend looking up as soon as you walk in to appreciate the details. Throughout history, the mosque has witnessed conquests, earthquakes, fires and survived them all, becoming the iconic landmark of the city since the day it was first commissioned by the Ottoman Sultan Bayezid I. The mosque, built after the Battle of Nicopolis, has an interesting story. According to a legend, Sultan Bayezid I asked his architects to build 20 mosques in Bursa, but the architects believed it would have been too many and instead decided to build a single mosque with 20 domes.

BIGGEST INN IN THE CITY

Everywhere you turn, you can see an inn or a public bath built during the times of the Ottoman Empire in Bursa. Inns were places where travelers stop by on their way to their destinations, similar to the hotels of the modern day. The inns feature rooms on the upper levels, while the ground level is reserved for stores for both travelers and locals to shop.

The biggest inn in Bursa is Koca Han. The building shocks visitors with its details and huge doors. Dating back to the 15th century, Koza Han was recognized by UNESCO in 2014 and was declared a World Heritage site. The inn is currently where you can find the best examples of Bursa craftsmanship, including cashmere and silk fabrics.

WHAT TO SEE IN BURSA

- The tomb of Emir Sultan is top of the list.

- The Muradiye Külliyesi (Social Complex), which was built in 1425, is another must see place for history junkies.

- The tomb of the second sultan and the son of the founder of the Ottoman Empire, Orhan, is another place to visit and pay respects.

- Located 27 kilometers from the city's center, Oylat Hot Springs is a good choice for those who are looking for natural remedies.

- If you are interested in theater and local arts, the Museum of Karagöz and Hacivat is a must see. Named after the two main characters of a classic Turkish shadow puppet skit, the museum offers a chance to look back on Ottoman performance arts.