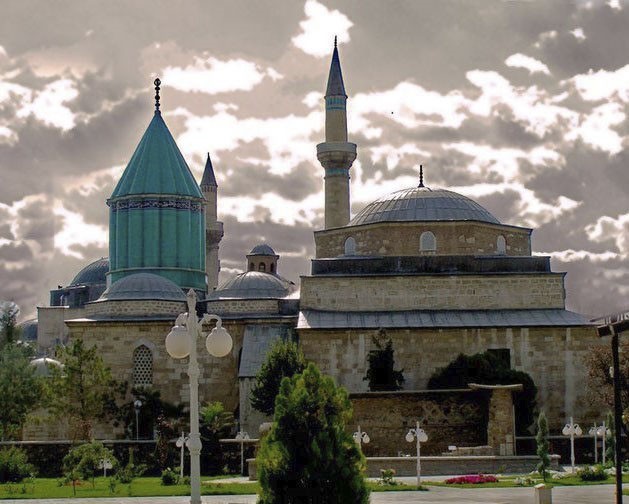 This year celebrations for for Şeb-i Arus, the night Mevlana Jalaluddin Rumi died, will be held on Dec. 17. Sema rites and ceremonies for Şeb-i Arus, which Rumi described as his wedding night when he met God, will be commemorated in Konya. Bicycle tours have been prepared for people looking to see the tombs of Mevlana and Shams Tabrizi, and to visit Konya and its surroundings at the same time. Visitors can buy tickets in order to be a part of the ceremonies that are expected to have a lot of participation.

As part of the Konya tours, which are carried out daily or with accommodation, it is possible to visit the historical dervish lodges, mosques and the natural beauties of the city. Visitors can also make these visits more enjoyable by renting bicycles. Konya is a great opportunity cycling enthusiasts because it is built on a wide plain. Tourists aren't the only ones enjoying the bicycle tours in the city, which has is home the country's longest bike route of 447 kilometers, local people have also turned to two wheels to zip around.

The authentic and historical Sille village, similar to Cappadocia due to its volcanic rock structure, several historic churches and museums in the region and the Butterfly Valley are all on the same route and are among the must-see places of Konya. Visitors can taste local dishes in the city center's famous restaurants, visit historic Seljuk-era buildings and participate in the Sema rites organized in the Konya Culture Center as part of the ceremonies.