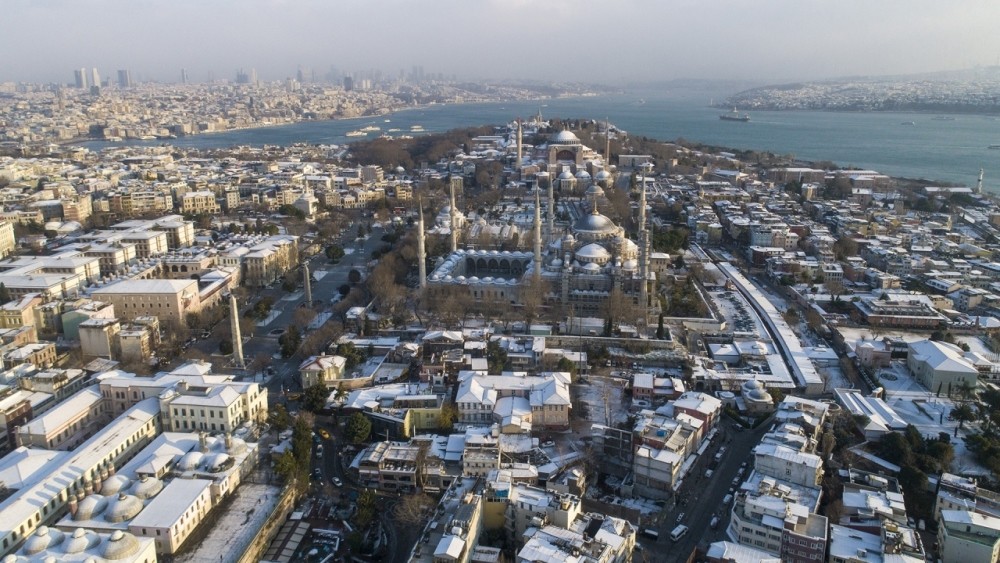 Istanbul, the capital of the Eastern Roman and Ottoman empires for centuries, is the cradle of civilization. With its unique history, stretching from the past to the present, Istanbul continues to be one of the most attractive tourist destinations in the world

Every season, the city of Istanbul offers to tourists something new and many things old. Istanbul's streets which lure visitors to uncover its secrets, holy places that bring all Abrahamic religions together, the Bosporus bringing two continents - Europe and Asia - together, islands which offer unmatched natural beauties and museums that shed light on the history of mankind are just a few of the reasons for you to book your flight to this beautiful city.

Hagia Sophia, the Topkapı Palace, the Blue Mosque and the Basilica Cistern are amongst the must-see landmarks of the city and are usually the first stop for tourists visiting Istanbul.

For those who really want to feel the spirit of the city, Mimar Sinan's works such as the Süleymaniye Mosque, the Spice Bazaar, where the heart of spices from all over the world beats, the Grand Bazaar which is the world's oldest shopping mall and Istanbul Archeology Museum, which traces human history back to its roots, should also be among the list of places that a traveler should stop by in Istanbul.

The great Hagia Sophia, which is one of the most visited and important structures in the world in terms of architecture and history, still reflects the glory of its heydays thanks to some expert restoration work.

Dubbed the "eighth wonder of the world," by historians, Hagia Sophia was built as a church in 916 A.D. in the Byzantine Era and converted into a mosque by Ottoman Sultan Mehmed the Conqueror after he conquered Istanbul in 1453. The building served as a mosque for 482 years and is currently a museum.

Reinforced with the construction work conducted during the Ottoman times and Mimar Sinan's inclusion of the minarets, Hagia Sophia is among the world's most important buildings that is still standing after hundreds of years. With its stunning architectural features, beauty and functionality, Hagia Sophia is not only a spiritual monument but it is also a work of art.

For almost 400 years, from Mehmed the Conqueror and Abdülmecid, the Topkapı Palace was home to the Ottoman sultans as well as the heart of the empire, education and art. Today, the palace is among the first places that tourists visit in Istanbul. According to the latest data, Topkapı Palace was the most visited museum in Turkey last year.

Apart from its architectural features with its unique tile work and complexes that make the palace a whole, the location of the Topkapı Palace is what makes it glorious. Positioned in Sarayburnu (the nose of the palace), overlooking the Bosporus, the palace is in the heart of the city while being secluded in nature.

Since it was home to the Ottoman sultans for centuries, the palace also has an incredible collection shedding light on one of the world's greatest empires. For those who want to take a peek inside the life of Ottoman sultans while seeing the places that have been subjected to many stories, Topkapı Palace should be on your must-see list.

The Blue Mosque: The mark on Istanbul's skyline

For the last 400 years, the Blue Mosque has been an important part of the Istanbul skyline as well as a beautiful example of Turkic-Islamic civilization and art. It was named the Blue Mosque due to the tiles inside the building. The Blue Mosque is one of the favorite stops for not only Muslims but members of other religions as well.

Located on one of Istanbul's seven-hills, The Blue Mosque is the first thing people coming to Istanbul by sea saw as they get close to the shore. Marking the skyline of Istanbul, the mosque is one of the most exquisite examples of Turkic-Islamic architecture.

The Blue Mosque was commissioned to Sedefkar Mehmed Ağa, a pupil of Mimar Sinan, the head architect of the Ottoman Empire, by Ottoman Sultan Ahmed I. In terms of reflecting the artistic and aesthetic u

nderstanding of the 17th century, the Blue Mosque is still considered as one of the finest pieces of art in Istanbul.

The mosque, which is built over the remains of the Byzantine hippodrome's southern part, stands tall with its elegant dome and six minarets.

During its construction, a total of 20,043 blue tiles were used to decorate its dazzling interior.

Back in the Byzantine Era, Istanbul was considered the capital of the world and the city hosted a large number of people. To meet the clean water needs of the city's residents, the empire built a number of cisterns around Istanbul which are now major tourist attractions in the city.

The Basilica Cistern, located right next to the Hagia Sophia, Nuruosmaniye, Şerefiye and Binbirdirek are among the biggest cisterns in Istanbul open to tourists.

Süleymaniye: The Biggest mosque of the Ottoman era 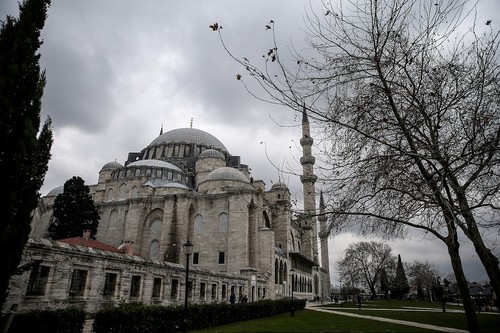 Mimar Sinan, the imperial architect of the Ottoman Empire, made his mark on the architectural history of the region. He is still admired due to his mastery and the engineering, fine workmanship and architecture.

One of his finest masterpieces, the Süleymaniye Mosque still mesmerizes its visitors with its engineering, detailed craftsmanship and architectural genius that you can understand by looking at it.

The mosque is actually only a part of a larger complex (külliye) which includes a school, public bath, a public soup kitchen and a hospital. The complex also has a library where the visitors can study the hundreds of years old manuscripts.

Spice Bazaar: Lose yourself in the scents

Built to bring revenue to Yeni Mosque in Eminönü, the Spice Bazaar has been enchanting the city of Istanbul for more than 300 years.

The Spice Bazaar brings all the herbs and spices that have been curing illnesses throughout human history together under one roof. The bazaar was an important stop on the Silk Road which served as a bridge between East and West.

The museum is home to numerous relics including the Sarcophagus of Alexander and Egyptian-Hittite peace treaty which is the first written treaty in the history of mankind.