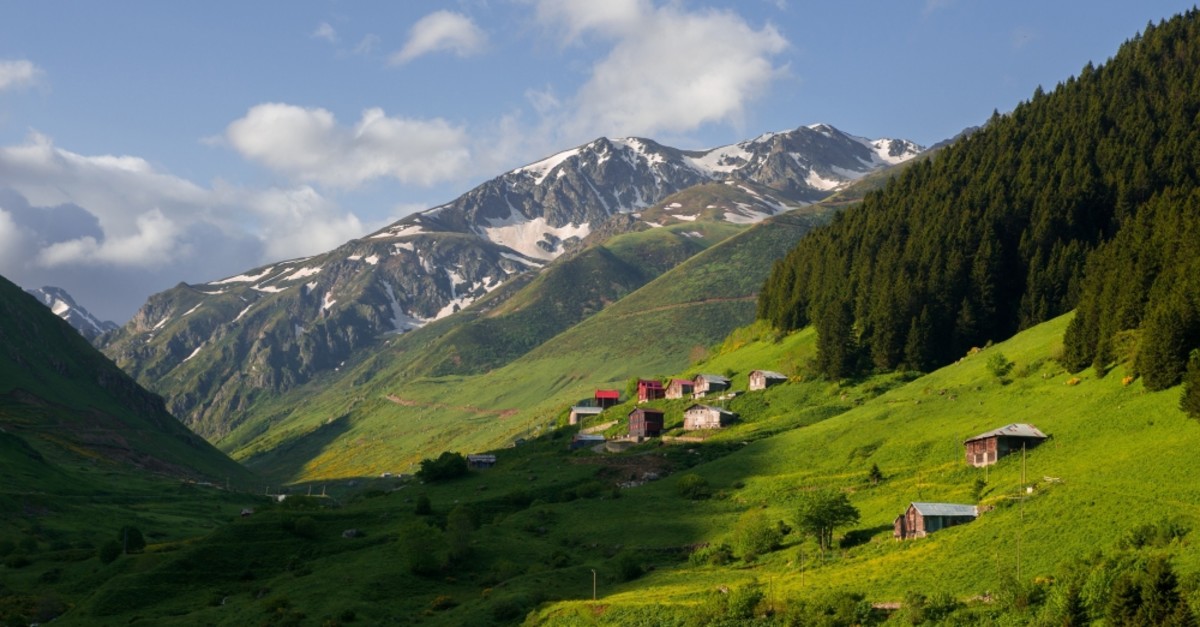 Traditional Black Sea houses scattered on the foothills of the Kau00e7kar Mountains.
by Daily Sabah Mar 06, 2019 12:14 am

Stretching from Marmara to the northeastern borders of Turkey, the Black Sea region is a hidden cultural gem that has been waiting to be discovered for centuries. Known for its green highlands and unique traditions and cuisine, the region itself is a living cultural asset.

The multicultural structure of the Black Sea region has been come to the forefront thanks to the inventory. The experts and academics from universities in the region documented locals' traditions to social relations, religions, economic transactions, arts, crafts and cuisine. Apart from the cultural assets, regions, lakes, rivers, plateaus and caves were recorded by the experts.

However, putting the inventory together was not enough. In order for inventory to be accessible to everybody as well as the government offices, new software was developed. Online Inventory Management, Integration and Publication System (ONEYYAS) interactively takes its users to the uncharted territories of the Black Sea region with a single click on karadeniz.gov.tr.

DOKAP President Yusuf Mengi said the inventory is more than data collecting and a research project. "Our aim is to present the scientific data to enable officials to take the necessary steps to improve Black Sea's tourism potential," he added.

Archaeologist Pınar Ersemiz, who took active part on the project underlines that the main target of the Black Sea Culture Inventory Project is to provide the necessary data for the cultural and touristic development of the region.

"The eastern Black Sea region is a perfect destination for individuals as well as touristic groups. With the inventory, tourists will be able to travel across the region more informed. They will have a chance to interact with the unique local culture," Ersemiz concluded.