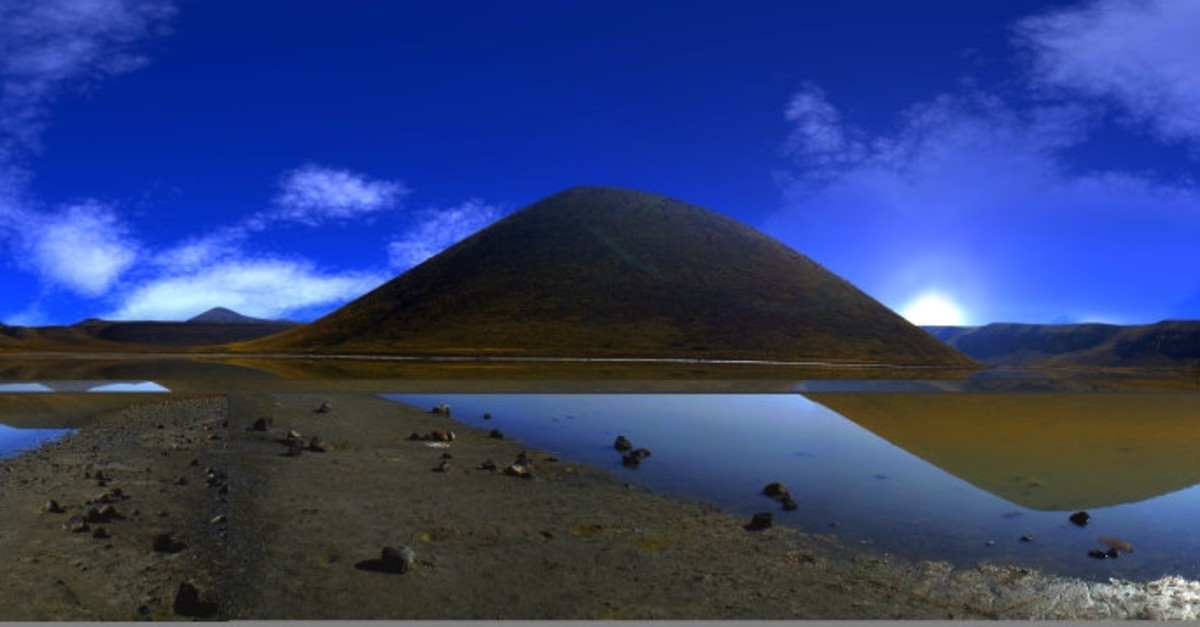 Nicknamed the "amulet of the world," Lake Meke in Konya's Karapınar district lures tourists with its interesting and mesmerizing views. In winter and spring, the lake fills up and the soil surrounding the lake crystalizes. Nature-lovers better hurry to witness the natural miracle of Lake Meke as the lake dries up during the summer.

What makes Lake Meke unique is that it features a giant volcanic cone right in the center of it. The crater lake was formed by the flooding of the crater by an extinct volcano, which took shape about 4 million years ago when a volcano erupted. After the first eruption, a second eruption formed another volcanic cone inside the lake with a maar. Lake Meke now consists of two lakes with various islets. At its maximum depth the lake goes down to 12 meters.

Lake Meke was declared a first grade protected area in 1989 and registered as a natural monument in 1998. Speaking to Anadolu Agency (AA), professor Tahir Nalbantçılar of Konya Technical University said both Lake Meke and Konya Basin are rare and one of the most beautiful and unique places in Anatolia.