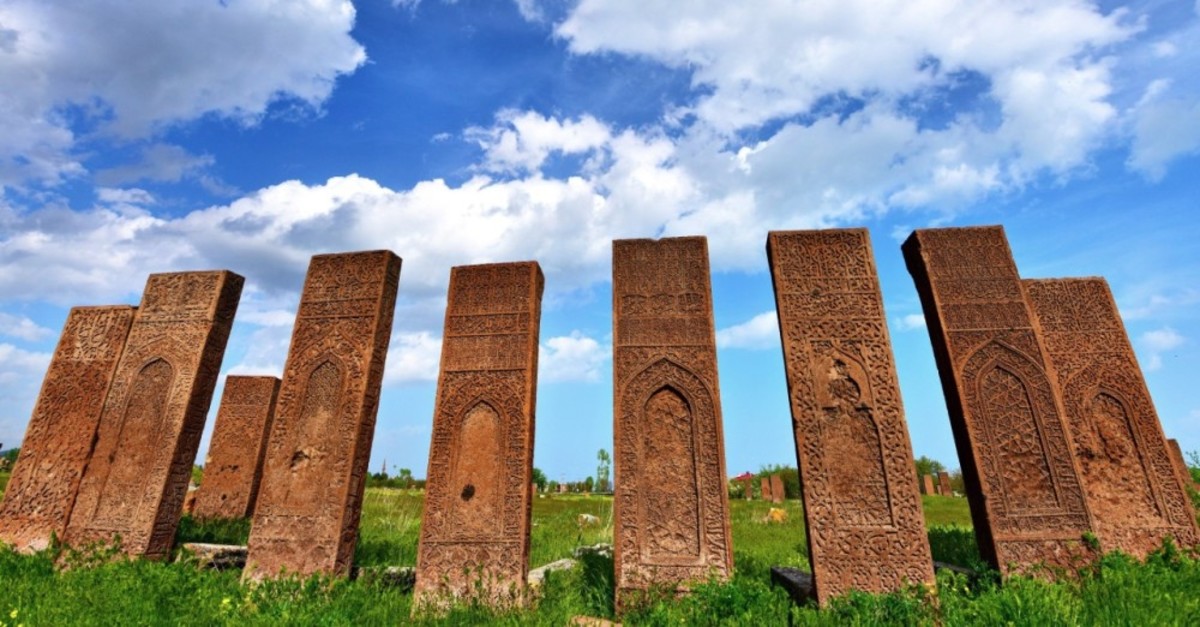 Located in eastern Anatolia's Bitlis province, Ahlat, which was registered as a "Cittaslow" city at the Cittaslow International executive board meeting held this year in Greve in Chianti, Italy, encourages visitors to come and enjoy its historical and natural beauty.

The Cittalow movement aims to improve the quality of life in towns by slowing down their overall pace - a trend Ahlat has fully embraced. Located on the shores of Lake Van and between Nemrut Crater Lake and Mount Süphan, Ahlat is considered the "entrance gate of Turks to Anatolia."

The town has been home to numerous civilizations from the Urartians to the Ottoman Empire thanks to its natural beauty. The blue of Lake Van and the snowy summits of Mount Süphan, Turkey's third-largest mountain, create a beautiful, natural combination in the district. Ahlat resembles an open-air museum with the ruins of its castles, bridges, tombs, bathhouse and Zawiya, a traditional Islamic school. It comes to the forefront with the country's biggest Islamic cemetery and gonbads (Persian-style domes).

Ahlat, where walking sticks made from local walnut trees and structures built from the indigenous stone of the district add extra charm to the culture, saw an influx of visitors after it was registered as a Cittaslow city.

The town wants to turn its historical and natural richness into a peaceful environment and is getting ready to rise in prominence in tourism in the upcoming season.

Ahlat Mayor Abdulalim Mümtaz Çoban told Anadolu Agency (AA) that Ahlat was one of the most strategic places in history. 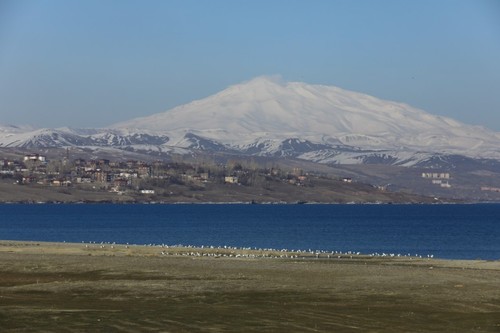 Known with its splendid natural beauty and historic relics, Ahlat is Turkey's newest addition to the Cittaslow network.

Noting that it is a magnificent natural center, he continued: "The district was established on a perfect plateau at an altitude of 1,650 meters. It has rich flora that is an important source for alternative medicine. It is like a big botanical garden. This is a center that will distribute cures to all humanity. Our city also hosts a world of flavors. We have a rich cuisine that combines meat and vegetables in very interesting ways."

Çoban added that Ahlat is rich in culture and natural beauty. "We have a richness that humanity could not destroy. This richness has placed us on UNESCO lists. We were interested in Cittaslow International. If they had decided not to add us, it would have been a loss for Cittaslow International, not for us. We learned the criteria by meeting with representatives in Italy and Turkey. There were 200 criteria, including peacefulness, obeying of traffic rules and clean streets. We met all the criteria in two years."

Expressing his gratitude for Ahlat being listed as a Cittaslow city, Çoban said: "This opportunity will accelerate tourism not only in Ahlat but also in the Lake Van basin. Nearby cities will be affected positively as well. Instead of associating the southern Anatolian region with terror, we will now focus on its beauty. We are going to great lengths to sustain them."

Mentioning the upcoming promotional campaigns, Çoban said: "We will work toward accelerating tourism, trade, exports and imports in Ahlat. We will organize one of the best festivals in the world. This region will be known for its beauty. We will continue working toward building on the glorious Oriental civilization of the past and the beauty of Asia."

Tour guide Önder Önay said there are many beautiful places in the district. "The Seljuk cemetery and artwork created here will mesmerize visitors. This city is a beautiful haven. We should appreciate it. Ahlat's being a 'slow city' will attract attention to the values of the region."

Ayşegül Kanar, a visitor to the region, highlighted that Ahlat's natural and historic beauty is not widely known. "This place bears the traces of very old civilizations. It is so close to Mount Süphan and Lake Van. It is a beautiful place that should be seen."