Hidden wonder Lake Gaga to be a tourist hot spot 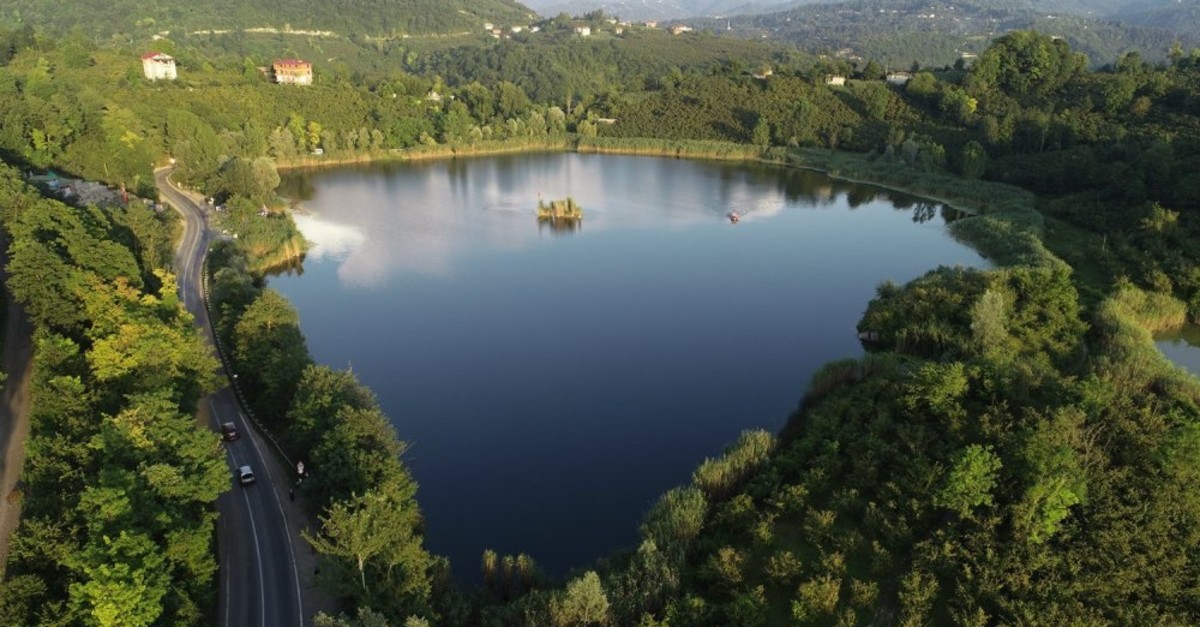 Surrounded by hazelnut trees, Lake Gaga is a hidden natural gem of Turkey. Situated 10 kilometers from Ordu's Fatsa district in the Black Sea region, the lake has been the apple of the eye of local tourism activities and soon it will be under protection.

Covering a 60-decare-area, Lake Gaga features a tiny island in the middle which offers its visitors a lovely view. The lake is said to have come into being after a landslide in the region. With a depth of 15 meters, the lake is known to be home to four different fish species.

The surroundings of Lake Gaga are also believed to have hosted ancient civilizations as the tiny island in the middle of the lake bears the remains of a fortress, church, a monastery and other structures from the Middle Ages.

In order to put the area under protection and turn the lake and its surroundings into a peaceful recreation area for locals and tourists, Ordu Metropolitan Municipality has prepared a development plan and submitted the plan to the Cultural and Natural Heritage Preservation Board.

Mayor Mehmet Hilmi Güler claimed that once the development plan is completed, Lake Gaga will be a place where people will come to have a good time.

Mayor Güler said that Lake Gaga is a natural protection area and continued: "If the development plan is agreed on, we will be able to shine a light on the hidden natural beauties of Ordu."