Discover the Black Sea: Mother Nature's work at its best 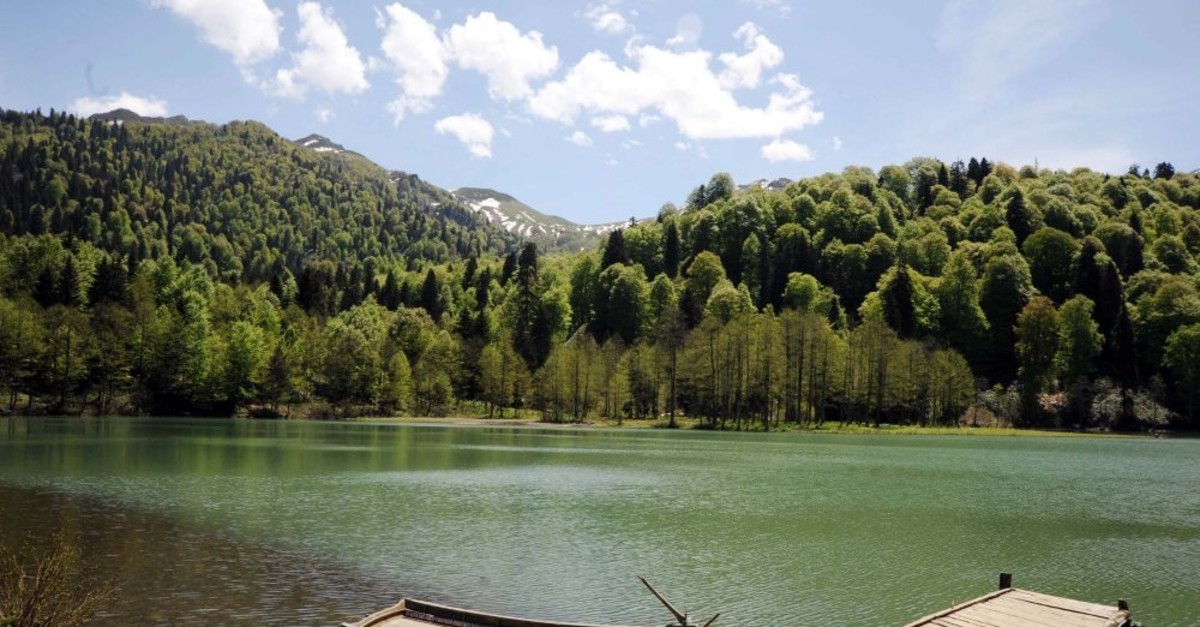 With its green and mystical aura, the Black Sea region is quite different from other parts of Anatolia. In this series, we focus on the top Black Sea destinations to refresh both body and soul

Turkey never ceases to amaze visitors. Every corner, every part of the country you visit, welcomes you with new wonders - natural or historical. This week and next week, we will investigate the Black Sea region thoroughly and take you to the top destinations to see with your own eyes and experience the greenest landscape in Anatolia.

Stretching from Marmara to the northeastern borders of Turkey, the Black Sea region is a hidden cultural gem that has been waiting to be discovered for centuries. Known for its green highlands and unique traditions and cuisine, the region is a living cultural asset. Located in the northern part of Anatolia, the Black Sea region receives the most rainfall throughout the year, which gives it a mystical hue as well as the best fauna in Anatolia.

Located on the Eastern Black Sea coast, Trabzon was founded by the Greeks. Home to numerous civilizations since its foundation, Trabzon thrived in the days of the Silk Road as an important port city. Blessed with historical landmarks and unmatched natural beauty, Trabzon is surely a spot worth spending a few days during a Black Sea tour.

Uzungöl: Where the Black Sea is concerned, the first thing that comes to mind is the highlands. These highlands, at least 700 meters above sea level, offer cool weather in summer and high oxygen levels. Surrounded by mountains and decorated with the greenest of trees, Uzungöl (Long Lake) sits on one of these highlands at 1,000 meters. What makes Uzungöl attractive is divine scenery where the blue lake meets the green hills. Uzungöl might attract tourists because of its natural beauty, but the lake has a lot to offer, including historic and site-specific architecture and local cuisine. Previously, Uzungöl was considered a hidden gem of Anatolia, but much has changed. The tourist boom in recent years has attracted investors who have opened a number of hotels, restaurants and souvenir shops in the village. Transport infrastructure has also been improved.

Sümela Monastery: Located in the foothills of scenic Mela Mountain in the Maçka district, the Greek Orthodox Monastery of the Virgin Mary, commonly known as Sümela Monastery, was founded in the 4th century A.D. However, it closed its doors in the early 20th century after the population exchange with Greece. The monastery's cliff-edge position makes it a perfect scenic tourist hot spot apart from being a historic landmark. Although the monastery has been closed since 2015, it continues to be a place to visit. But we have good news: The first phase of restoration is over and some parts of this historic building have been opened to visitors.

Surrounded by steep valleys carved by the Çoruh River, the high mountains of Kaçkar, Karçal and Yalnızçam and forests and national parks, such as the Karagöl-Sahara, Artvin is a splendid tourist destination for seeing Mother Nature. Located on the border of Georgia, Artvin feels like a mystical place with clouds hanging over high mountains, concealing thousands of years of history and lives up here in the northeastern part of Anatolia.

Just like any other city in the region, Artvin has the Black Sea region's signature climate: Very wet and mild by the coast, creating the most beautiful forests on the shores. The rain, a frequent visitor, turns to snow at higher altitudes and the peaks are very cold in winter.

Karagöl: Spreading to the Karagöl and Sahara plateaus, Karagöl National Park has been protected since the 1990s. Considered one to the most beautiful lakes in the world, Karagöl (Black Lake) came into being after a landslide occurred in Klaskur Highland. Covering 3,251 hectares, the national park is composed of two areas. The Karagöl side consists of kale and thick trees and is used for recreation by locals. In the Sahara area, locals continue traditional Black Sea highland life. Although transportation between the high mountains of Artvin is usually hard, it is quite easy to reach Karagöl National Park. Several facilities and recreational areas are managed by the municipality.

Turks love tea, and it is fair to say that they cannot go through the day without at least one glass of tea. But where does this tea come from? The Black Sea region's shining star: Rize.

Rize and its surrounding province are located where the mountain range reaches its highest elevations, nearing 4,000 meters at Kaçkar Peak. The province has a mild subtropical climate, allowing cultivation of tropical crops, including tea and kiwi, and Mediterranean crops such as citrus fruits.

Ayder Highlands: Rize might be famous for tea, but what distinguishes Rize is its highlands. Ayder is the fascinating highlands at the foothills of the Kaçkar Mountains, while 19 kilometers from Rize, lies Çamlıhemşin: 1,350 meters above sea level and surrounded by the most amazing green nature. 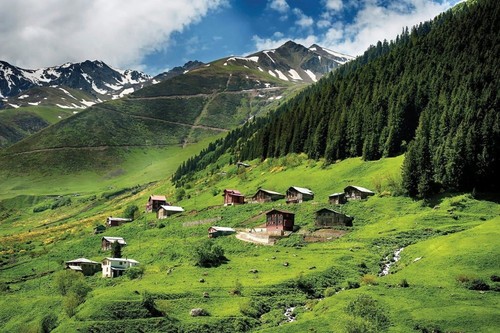 The Ayder Highland has been a place of retreat for locals since the 14th century. Ayder stands out among other highlands of the Black Sea region for its healing waters with an average water temperature of 50 degrees Celsius that are said to be good for various complaints, especially rheumatism, calcification, eczema, psoriasis and digestive disorders. The springs are rich in sodium, calcium, magnesium, iron, aluminum, sulphate, chloride and other minerals.

Ayder Highlands is renowned for the incredible taste of its honey, so highland feasts mainly revolve around honey, as many traditional activities take place, such as dances and the preparation of traditional foods.