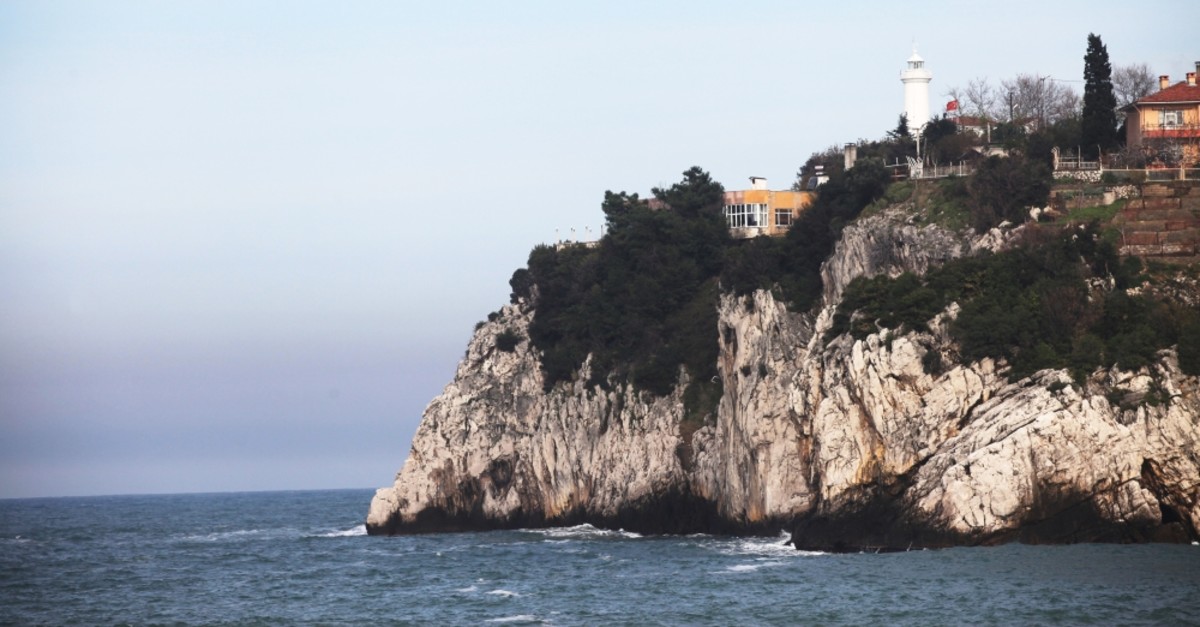 Located in the western part of Black Sea region, modern-day Zonguldak was founded in the 19th century but the actual history of the city dates back thousands of years.
by Daily Sabah May 04, 2019 12:11 am

This week we head to the western Black Sea region, which has everything northern Anatolia offers and more with natural wonders and historical landmarks that are even the subject of Greek myths

It's impossible to describe all the natural beauties northern Anatolia offers in a few pages; thus, we have tried to do it in three pieces: The eastern, central and western parts of the Black Sea region. This week, we reach the end: the western Black Sea region.

Bolu is the number 1 getaway destination for those living in Istanbul and Ankara as it is close to both cities. The lush verdant mountainsides of Bolu, nestled in the clouds, offer a pleasant summer climate. In winter, heavy snow attracts skiers and snow boarders. The entire province is covered in green forests, ancient oaks and plane and pine trees. The forests are pristine, with paths running through them rare and few. Bolu is also a famous destination for nature lovers with lakes and forests that cover 65 percent of the city, and it has more: thermal and health attractions.

Thermal springs: There are 30 thermal springs in Bolu province in the districts of Seben, Göynük, Mudurnu, Karacasu and Taşkesti; the heat of the spring water is 20 degrees Celsius (68 degrees Fahrenheit) to 90 degrees Celsius (194 degrees Fahrenheit). In Karacasu, thermal spring water is used to heal hospital patients and for hotel tourists. In Mudurnu, Taşkesti and Göynük, ancient Ottoman towns on the Silk Road, a recently built thermal facility and time-share properties contribute to Bolu's thermal tourism. Ancient Ottoman bathhouses in Mudurnu and Göynük also attract tourists.

Lake Abant: If you have ever seen a photo of Bolu, we bet that it featured a huge lake surrounded with a pine tree forest. This famous lake, Lake Abant, is the symbol of Bolu and a must-see natural wonder. There is no special time to visit Lake Abant, as it is beautiful all year round. Just drive there to enjoy the blessed nature of the region in winter snow or summer heat. There are also about 300 highlands in Bolu for camping when weather permits, so fill your lungs with fresh air while overlooking the entire city. There's no better place to enjoy the Black Sea's unmatched nature. 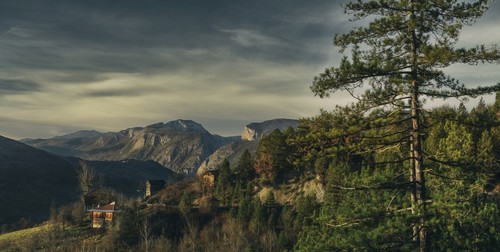 At first glance, Kastamonu looks like a simple town surrounded by thick forests. However, if you are a determined traveler, you cannot miss the old glory hiding in every corner of Kastamonu, one of the oldest settlements in Anatolia with a history dating back 7,000 years. It was captured by Turkish Emir Karatekin Pasha in 1084 and added to the Ottoman lands in the period of Mehmed II, known as Mehmed the Conqueror. Afterward, the city became important as an administrative center until the Republican period. Due to its history, Kastamonu was chosen as the 2018 Cultural Capital of the Turkic World by the International Organization of Turkic Culture (TURKSOY).

Religious tourism: Kastamonu attracts local and foreign tourists as it houses many mosques, tombs, madrasas and dervish convents from the Seljuk, Isfendiyarid and Ottoman periods. In particular, the mosque and tomb constructed in memory of Sheikh Şaban-ı Veli, an important scholar in Anatolia, are the most visited places in the city.

The Hepkebirler Mosque and Tomb, the Ismail Bey and Mahmut Bey mosques, and the Aşıklı Sultan, Hatun Sultan, Benli Sultan and Sacayaklı Sultan tombs are the city's other important sites.

The Nasrullah Mosque, constructed by Nasrullah Qadi during the reign of Beyazıt II in 1506, is one of the symbols of the city. Mehmet Akif Ersoy, a Turkish poet who supported the War of Independence, preached in Nasrullah Mosque and encouraged people to fight to victory.

Founded as a mining and port city in the late 19th century - although the history of the city traces back thousands of years, Zonguldak is still the heart of coal mining in Turkey. Like the rest of the Black Sea region, Zonguldak is covered with green forests. With its natural wonders, lakes and beaches, the city offers a variety of activities and places to see for visitors.

Cehennemağzı Caves: Located in Ereğli, the Cehennemağzı (Entrance to Hell) Caves consists of three separate caves used in the Roman and Byzantine eras.

According to legend, Heracles, the half-immortal son of Zeus, was tasked to bring Cerberus, the three-headed god of Hades, the god of the underworld, as part of his 12-step mission. Apart from being the pet dog of Hades, Cerberus also guarded the entrance to the underworld making sure that no souls escaped and returned to the land of the living. Even though Heracles was half god, he was still mortal. A trip to a realm from where no mortal ever returned seemed like a perfect way to finish the great Hercules. So Hera and King Eurystheus told Heracles he had to go into the underworld and bring back Cerberus. Heracles found the entrance at a cave in Tanaerum. With the help of Hermes, Heracles made it to the deepest depths of the underworld where he met Hades. Heracles asked Hades if he could take Cerberus back to the surface. At the end of the story, Heracles finished his task despite Hades' mischief, but the important part is that the cave where Heracles went to the underworld is said to be Cehennemağzı Cave.

Apart from the myths, the cave has always been a center of religious belief even in the time of the first settlers. So if you go to Zonguldak, give your respects to the Greek gods.

Çitdere National Protection Site: Although this natural wonder is officially located inside the city borders of Karabük, due to its location, Çitdere National Protection Site is the number one attraction for Zonguldak's visitors. Yenice Forest makes this site unique, housing more than 33 different tree species and plants. Apart from its flora, the forest is also home to numerous animals, such as boars, deer, wolfs, rabbits and wild cats. Although the site is frequently visited by those interested in endangered trees and animals, it is also a perfect destination for those who want to enjoy nature at its best. There are long hiking routes, but if you want to discover the forest, find a guide.