Ancient city of Blaundus best place to observe the heavens 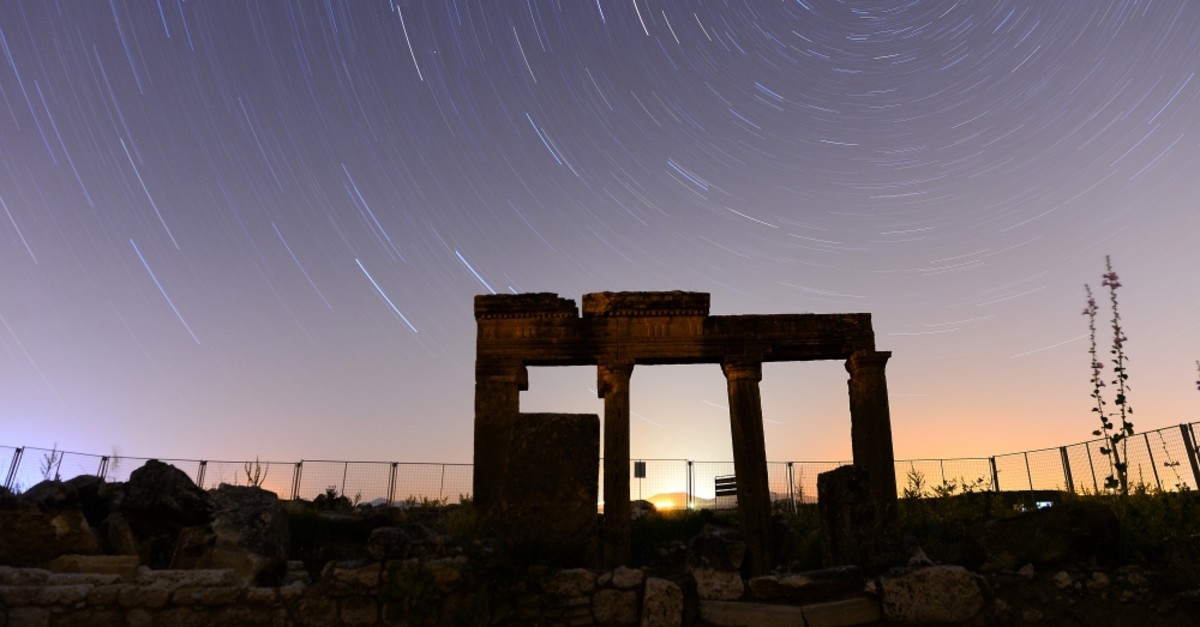 Blaundus was founded by one of the generals of Alexander the Great in modern day province of Uu015fak.
by daily sabah Jul 06, 2019 12:23 am

After Alexander the Great conquered the Aegean coast and moved his campaign to the East, Roman commander Blaundus founded a city named after him and started to rule the region. Today, the remains of this once glorious city can still be seen in Turkey's Uşak province.

Following Alexander the Great, the city was ruled by Romans and Byzantines. Blaundus was also the seat of a bishopric in the Roman and Byzantine era. The diocese is known by the names Blaundus, Blandus and Balandus, in the A.D. fifth century, the bishopric was connected to the diocese center at Sebaste. The last record of Blaundus dates from the 12th century.

Blaundus was built on the top of a hill overlooking Grand Ulubey Canyon, which has strategic importance for the Lydia-Phrygia border. Although the city was founded in the Hellenistic era, due to earthquakes that caused widespread damage, the city was rebuilt and fashioned into one of the more significant Roman-era urban centers in the region. There are many public and religious buildings, such as temples, a theater, a stadium, gymnasium and a basilica. The structure of an 8-kilometer aqueduct also remains that served to bring fresh water to the city. Frescoes decorating the walls of many rock tombs on the valley slopes are also still visible. The entrance gate to the city, stables and arches symbolizing the city are among the historical buildings still in the region.

Today, excavations in the site are still being carried out by archaeologists. However, the ancient city a huge draw for astronomy photographers, as the heavens can be seen best from the site.