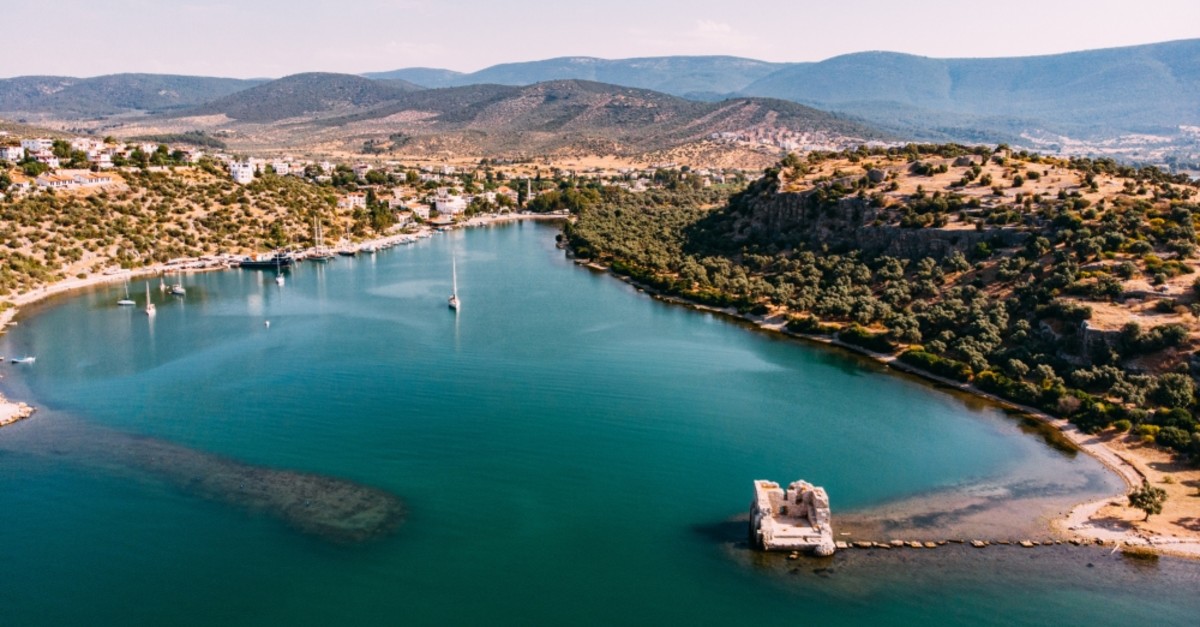 Situated on a historical peninsula in Muğla, Kıyıkışlacık is a perfect place to chill, explore, eat and sunbathe

When it comes to resort towns, the Aegean and the Mediterranean coasts of Turkey offer plenty of them. However, for years whether you want to check into a hotel or take on a blue cruise, Muğla's Bodrum has always topped the list as this little town is full off bays with the bluest sea, fine sand and nightlife for people of every taste of music.

Yet, Bodrum is a tricky place. If you want to spend a relaxing holiday, this popular resort town might be too much for you. It is always crowded in season, and there is always a rush to keep up with the flow, just like Istanbul, a mega city with a population of 15 million.

If you want to enjoy Muğla's blue bays and the Aegean sunshine on your skin without making a fuss about the whole holiday rush, you are welcome to visit Kıyıkışlacık, or Iasos as it was known in the ancient world. After passing through Muğla's Milas district, continue to head toward Bodrum. A couple of kilometers later, you will see a tiny sign directing you to Iasos. The road to Iasos is a rocky one - literally. You enter a winding mountain road and then arrive at a marble quarry from which you have to drive on a bumpy road for few kilometers. But after you arrive at the village of Kıyıkışlacık, you immediately forget the state of your car - warning: do not wash your car before heading to Kıyıkışlacık. It will turn into a mess anyway.

Located on an ancient peninsula, Kıyıkışlacık is a fishing village where beautiful olive trees have taken root. The village center is situated right next to the ancient harbor, where there are few restaurants, a grocery store, a coffee shop and the shop of a local jewelry maker. The village is typical of the Aegean region but what makes Kıyıkışlacık a fantastic place is its history.

This small fishing village was once a stronghold of an ancient civilization where you can still see its ruins in the excavation site as well as around the village and even in the middle of the sea. Ancient historians consider Iasos the colonial foundation of Argos, but archaeology shows a much longer history. The city is believed to be a part of the Carian civilization, which was a part of Greece between the 11th and 6th centuries B.C. The city was an important port, and the customs building is still standing where the port opens up to the sea.

A member of the ancient Delian League, Iasos participated in the Peloponnesian Wars but later weakened and was sacked by the Spartans. Iasos also took a huge blow during the Persian invasion and was later swept away by the campaigns of Alexander the Great. The people of Iasos were not happy with Alexander the Great banging on their doors. Legend has it they even asked for help from their old enemies, the Persians. During the Byzantine era, the city thrived thanks to its famous marble but at the end of the 15th century, it was totally abandoned.

The excavations in Iasos were first kicked off by French archaeologist Charles Texier in 1835; however, some of the artifacts were smuggled out from the then Ottoman Empire and donated to the British Museum. In 1960, Italian archeologist Doro Levi launched the official excavations which have been ongoing ever since. 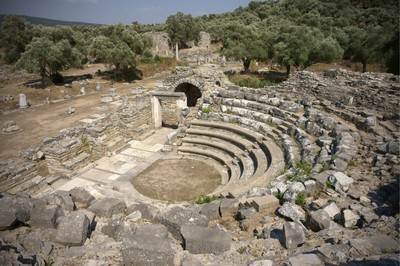 The walled acropolis fortress of the ancient city stands high above the village, and some parts of the city walls are still visible throughout the coast if you rent a boat and take a tour around the village's shores. At the ancient city center, which is under protection and open to visitors, sits the remains of a bouleuterion with four staircases dividing the seat rows, a huge agora, the remains of a theater and, to the south, a Roman stoa from the A.D. second century dedicated to Artemis Astias.

Warning: You may come across cows or donkeys as you explore the remains of the ancient city, as the locals prefer to pasture their animals among the remains for no reason. Since there are no guards or guides in the ancient site, no one is there to say otherwise.

After you get a handle on the history of the town, it is time to find a perfect place to dive into the sea. In Kıyıkışlacık, there are no public beaches. There are small bays around the village, but you have to find your own way. If you want a chair and an umbrella to keep you out of the sun, it is best to go to Zeytinlikuyu, which is 7 kilometers from Kıyıkışlacık village center.

You can also rent a boat or hop on a daily tour and discover the village and its bays by yourself. Personally, if you have a license, I advise you to rent a boat on your own and find the perfect spot for yourself. For instance, I was lucky enough to discover my very own beach, which was not accessible by car or on foot.

As it is not a hot spot of holidaymakers, there are not many hotels in Kıyıkışlacık. There are two motels in the village center where you can rent a room for a fair price. If you are a dedicated camper, well this is good news for you! There is a campsite very close to the village center where you can park your caravan or pitch a tent. The site has a beach as well as kitchens, baths and a small restaurant/cafe.

Since it is a fishing village, you cannot leave the town without trying the freshest seafood you have ever eaten. The restaurant run by Ceyar, who is kind of a local celebrity, is a perfect place for dinner. The restaurant is located near the harbor, which is the ideal spot for watching the sunset. The restaurant is popular with locals and visitors because of their quality food and its location, you can take a walk in the village and meet some locals after you enjoy your meal.