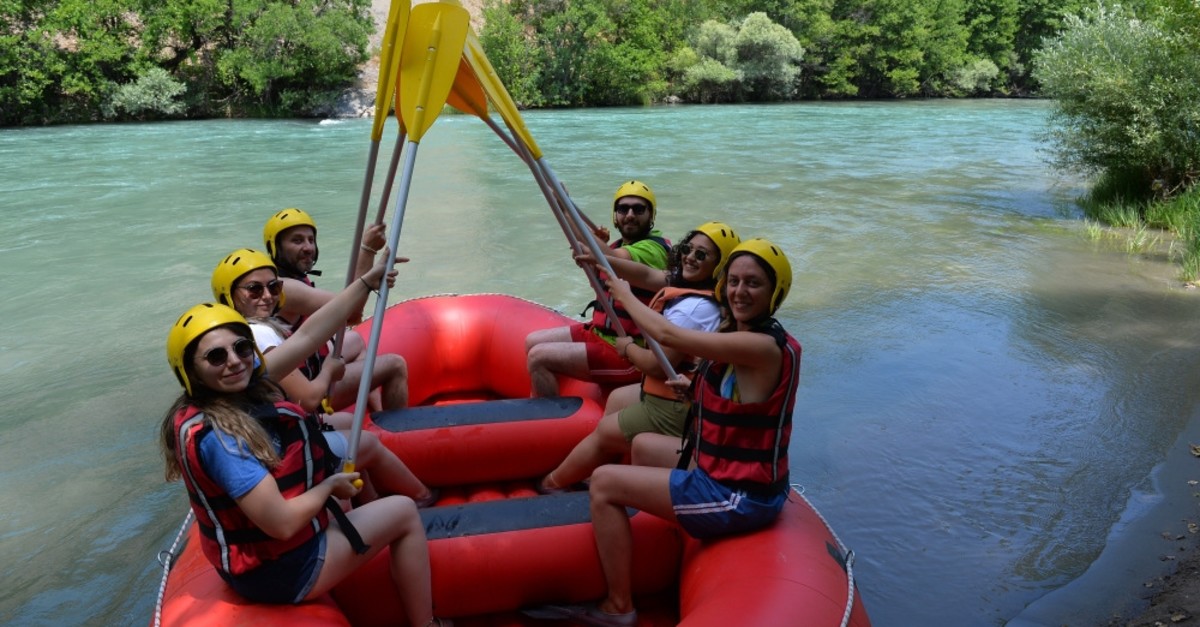 Historical wealth and natural beauty adorn the province of Tunceli in eastern Turkey, deepening its footprint across Turkey and the world.

Rich with a myriad of flora, the banks of streams and springs running across the Munzur and Pulumur valley national parks enrapture visitors, with piers dotting the Uzunçayır Lake, a favorite spot to stave off the summer heat.

The province's rivers served as host for the World Rafting Championship held in June with the participation of 20 countries. Previous national competitions in rafting, paragliding and water jet and flyboard had also complemented the provinces' waterways.

"This is my first time in Tunceli, we had fun rafting," İlkay Bilgiç, a visitor to the province, told Anadolu Agency. "Tunceli recently caught [national] public attention in Turkey, but it deserves more tourists," Bilgiç said, adding: "Natural beauty and water sports that can be done here should be promoted both at home and abroad."

Avşin Evren, another tourist in the city, said she was glad to see the environment clean and unspoiled, adding: "This is a beautiful place with its people and nature, which everyone must come see, taste and experience."

Local tourists visit Tunceli for its nature and activities, said the head of Munzur Adrenaline and Outdoor Sports Club (MADOSK), Nazim Arslan. "The feedback we received from all these tourists was quite positive," Arslan said, adding that the city enjoyed a rapidly increasing potential as compared to the previous years.

Tunceli's antique mosques, castles, churches, bridges and public baths also attract history enthusiasts over a wide region. The 1,200-year-old Ergen Church decorates the city's skyline, as does the 13th-century Elti Hatun Mosque and Çelebi Ali Mosque which dates back to the late 1500s. The majesty of Çemiskezek and Pertek Castles are also worth seeing.