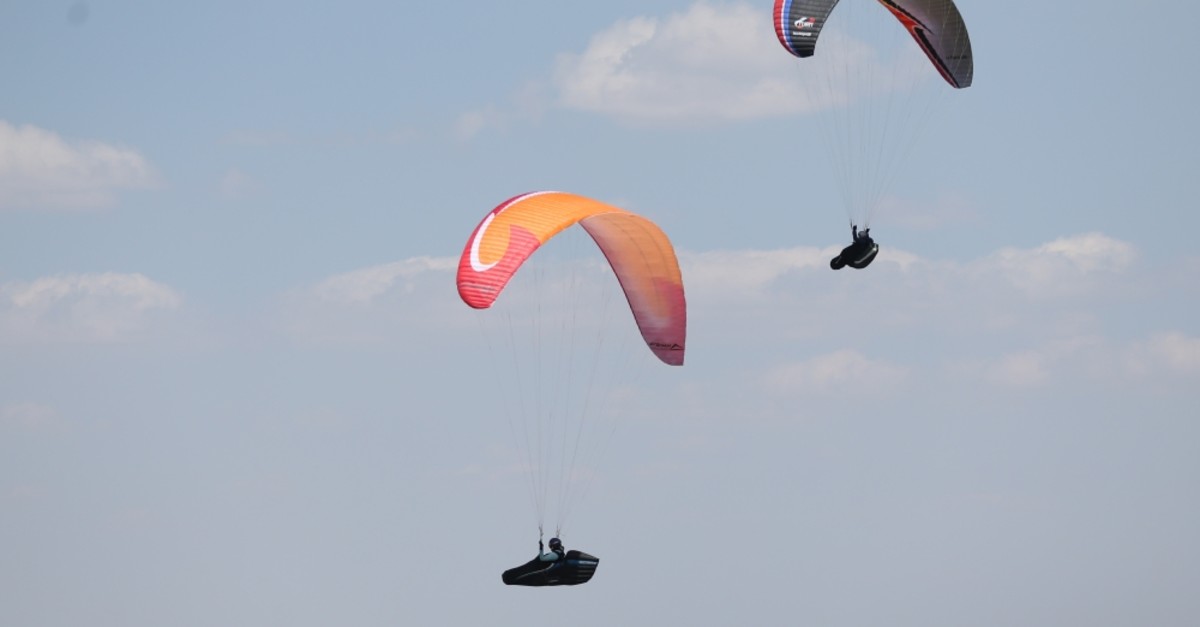 Turkey is a heaven for paragliders who like to soar among the clouds. Mount Ali, located in central Anatolia's Kayseri's, is Turkey's latest paragliding hot spot. It allows paragliders to jump out at an altitude of 5,000 meters and fly more than 150 kilometers.

The mountain hosted its first-ever paragliding championship back in 2004 and found itself under the spotlight. Over the years, the mountain has become an attraction for Turkish and international paragliders who want to test their limits.

Located 10 kilometers from the city center, Mount Ali's most important feature is how easy it is to climb to the summit thanks to the unique airflow in the surrounding region. It allows paragliders to glide for 150 kilometers. The mountain is also popular with adventure seekers because of its location.

The Captain of Turkey's National Paragliding Team, Semih Sayır, said Mount Ali has become a meeting point for professional paragliders. He claimed that the paragliding facility there is unmatched.

"We recommend our friends to come and take off from Mount Ali. This mountain is one of the busiest mountains in Turkey. For instance, we go to Austria or Switzerland for paragliding but we can only take off twice a week. Here, you can take off from the mountain five days a week. Also, the mountain's location near the city center makes it a popular destination among paragliders," he said.

Serdar İlker, a member of Turkey's Aerial Sports Federation, said Mount Ali is an important destination for paragliding activities. İlker added that the mountain has been on every paraglider's bucket list for the last 15 years because it is special.

"Since it is a steep mountain, the paragliders are able to take off for high altitude flights right on," said İlker. "Also, thanks to the hot air flow coming from north, northwest and south, the paragliders can glide on the air longer than most paragliding spots in the world. Over the years, we have witnessed many records being broken here at Mount Ali. The longest flight from Mount Ali covered 163 kilometers, to the nearby town of Demircilik back in 2016," he added.