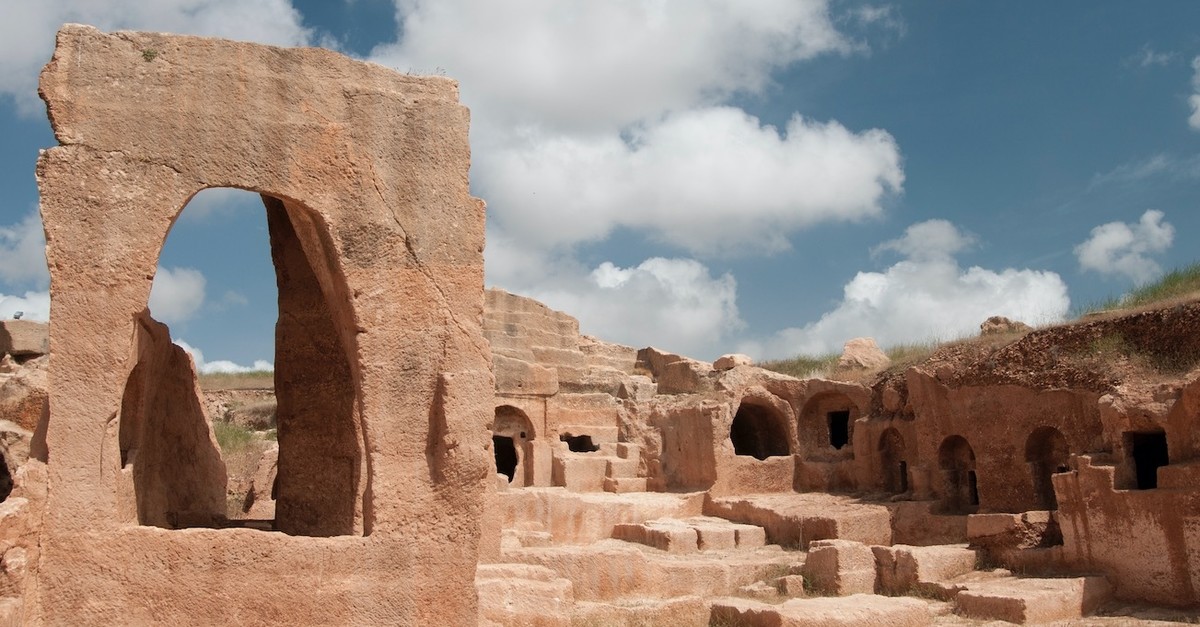 With its historical richness, the ancient city of Dara hosts many local and foreign visitors.
by Compiled from Wire Services Aug 01, 2019 12:36 am

Visitors can now view the ancient city of Dara in Mardin from the sky in hot air balloon. They can also visit a 1500-year-old mass graveyard among other tourist attractions

First Cappadocia, now Mardin is ready to host visitors on hot air balloons, and the first free flight of the hot air balloon was held in the ancient city of Dara as part of balloon tourism, which is part of a project launched with the motto "We are rising" by the Mardin Governorate. Mardin Governor Mustafa Yaman, Provincial Police Chief Hasan Onar, Provincial Gendarmerie Commander Brigadier Gen. Yusuf Kenan Topçu and Dicle Development Agency (DİKA) Secretary-General Yılmaz Altındağ and guests watched the ancient city from the sky on the first flight.

In a statement after the flight, Mardin Governor Mustafa Yaman said that they launched free flights and took part in the first flight today. Emphasizing that they watched the silhouette of the city and the ancient city of Dara on the fertile plain of Mesopotamia, Yaman added: "This was the first flight, and we are waiting for our guests as of tomorrow." 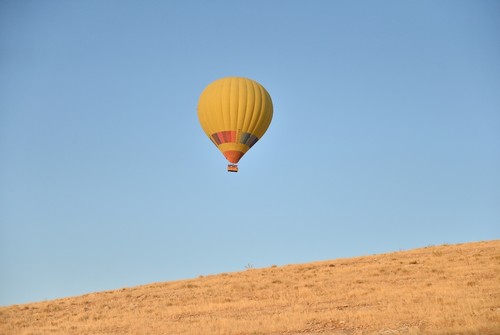 Yaman pointed out that they are progressing toward their tourism goals, said: "President Recep Tayyip Erdoğan declared this year to be 'The Year of Göbeklitepe.' As Mardin, we want to seize this advantage. Mardin is an important destination. I hope Mardin will share this cultural and historical wealth with tourists as well. It was a beautiful flight today. I hope these flights will have a critical contribution to our targets. We are saying 'Rising Mardin' and are waiting for everyone here. The first flight was very enjoyable. As of tomorrow, guests will come and join the flights."

DIKA Secretary-General Altındağ indicated that Mardin is a "world city," saying that they are ready to support this event since they believe that it will make a major contribution to tourism.

Ömer Kafkas, the coordinator for the balloon flights, said that they were happy to start flights after a year of hard work. Indicating that they could only see these days arrive with the support of the Mardin Governorate, Kafkas said: "Mardin is a very exciting city, and it is even more beautiful when looked at from the sky. Mardin's tourism potential will change soon. Thanks to these flights, tourists of a different nature will come to the city. Hot air balloon flights are a very popular activity around the world. It also suits Mardin very well."

Extending his thanks to all of those who contributed to introducing this activity to the city, Kafkas said that free hot air balloon flights are scheduled to start as of tomorrow not only in Dara but also in many parts of Mardin. "We invite everyone to enjoy this excitement," he said. 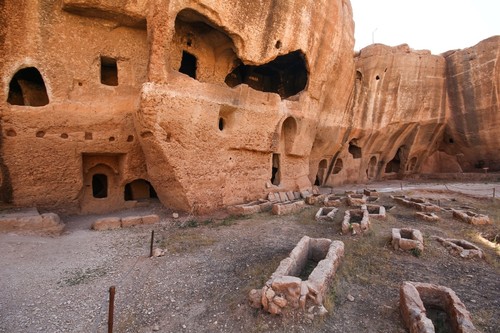 The mass graveyard was found six years ago at the excavations in Dara.

Along with hot air balloons, Mardin's Dara town also attracts local and foreign tourists with the 1,500-year-old mass graveyard, found nine years ago as a result of archaeological excavations and opened to visitors last year. The mass graveyard, which opened for public display for the first time, includes bones of the dead and the things they valued in their life.

In the Dara neighborhood, 30 kilometers from Mardin city center, in the ancient city of Dara, one of the most important settlements in Upper Mesopotamia, the 1,500-year-old cemetery, where "resurrection" ceremonies were held in the Roman Period, holds thousands of bones and headstones; it is the first of its kind.

The site, created in the sixth century B.C., was a mass burial area built by the Romans for resurrection rituals of the Christians. There are no other examples in the world as a result of the decision to preserve and exhibit the findings on the site itself.

The mass grave consists of three floors carved into bedrock. The floors were separated from each other functionally, and the upper floor was used for rituals, the middle for multi-burials in vaulted tombs on four sides, and the lower for mass burials. The mass grave is entered through a sumptuous gate with reliefs on it, which features the resurrection of the dead. There is a winged figure on the left side of the relief. Also, the entrance to the gallery mass grave is closed with a glass façade so that the visitors can visit in comfortable, convenient conditions. A walking platform was also built.

Excavations in Dara revealed that the necropolis was used for long periods and that the funerals of different cultures and beliefs were buried in various periods. During the excavations in the gallery grave in 2010, tombs of hundreds of people were unearthed. It was found that these graves featured the blowing of breath of life into souls and the resurrection in holy books; they were associated with Ezekiel – the prophet who resurrected the dead – and that bodies were gathered in these tombs based on the belief that humans would be resurrected.

Mardin Provincial Culture and Tourism Director Alaaddin Aydın said that there is a mass grave of 3,000 people in the site and that Dara was established as a "military garrison city." Aydın added that they restored the ancient Roman cemetery, where resurrection ceremonies were held, and turned it into a landscaped space. Noting that the area used as a cemetery for 1,500 years is of tourist value, Aydın said that they estimate that bones belonging to more than 3,000 people were gathered in this grave for the day they would be resurrected. "This is a cemetery site used in the sixth century. The bones of several people were unearthed in excavations. It was built in 591 by the Eastern Romans and dedicated to those killed in the war. It is a site that has no other example in the world. The archaeological excavations carried out by the Mardin Museum Directorate in 2010 revealed bones belonging to hundreds of people, as well as valuable oil lamps and water vessels belonging to that period on the lower floor of the building," Aydın added.

Dara's village headman İbrahim Bilgiç pointed out that there has been an increase in the number of visitors to Dara thanks to the mass grave opened as a result of the restoration of peace and trust in the region. "If you do not see this cemetery in Dara, your visit will be incomplete. Indeed, it is a unique place with no examples in Turkey, and we call it 'the Ephesus of the East.' There are a lot of visitors to the mass cemetery. We expect this to increase. The mass cemetery in the large gallery cemetery in the necropolis, which we call the excavation site, is a three-story structure built in the early Roman period in the fifth century. On the middle floor of the gallery, there is a mass grave belonging to the commanders and the elders of that period, and at the bottom, there is a mass cemetery with about 3,000 people," he explained. Bilgiç said that this was a privileged place, as those buried believed that they would go to heaven after death, adding: "It is a unique grave structure. It is a very different structure, both in size and shape, which is made out of a single rock. There is no other structure like this in the world, both because it was a worship place, an area where the dead were cremated, the dead were buried here and because we are displaying all this today."

Bilgiç added that the mass graveyard consists of bones of the dead, as well as their valuable belongings and that a horse's head was found at the excavation site, which is thought to belong to a commander who highly valued it.