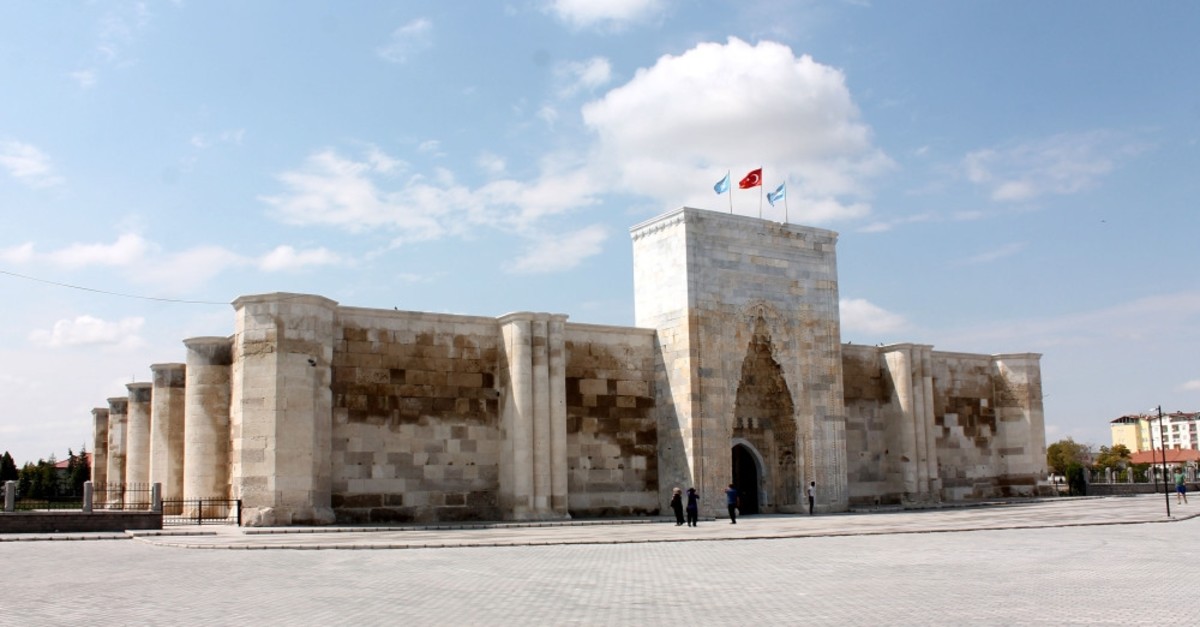 The 13th-century Sultanhanı Caravanserai in central Turkey's Aksaray is thronged by tourists all year round, attracting more than 500,000 visitors this year alone. It was built by the grand architect Muhammad bin Havlan el-Dimiski on the order of the Seljuk Sultan Kayqubad I in 1229. It was used for the accommodation of people, especially merchants, and the defense of the trade route. It is now one of the most important Seljuk era structures in Anatolia. The caravanserai is one of the largest in the world and was included in the UNESCO World Heritage Sites temporary list in 2014.

Restoration work at the majestic structure was recently completed after it started in 2017. "We have started our quilt and pottery workshops in the Sultanhanı Caravanserai. Every year, 1.7 million tourists use the Konya-Aksaray road that goes to Cappadocia. Our goal is to make sure these tourists visit our caravanserai next year," said Mayor Fahri Solak.

Solak added that the Sultanhanı district is a famous hub for Turkish carpets. "We are planning to host the International Silk Road Culture and Carpet Festival here next month," he said. Cathy Sheppard, a tourist from New Zealand, said she had seen pictures of the caravanserai before the restoration work and thought "the restoration has come out wonderfully." British amateur photographer John Teo said the caravanserai is an excellent historical structure. "I will share pictures on social media to introduce this hidden gem to the world," he said.