Two seasons at once: Mt. Ağrı in autumn 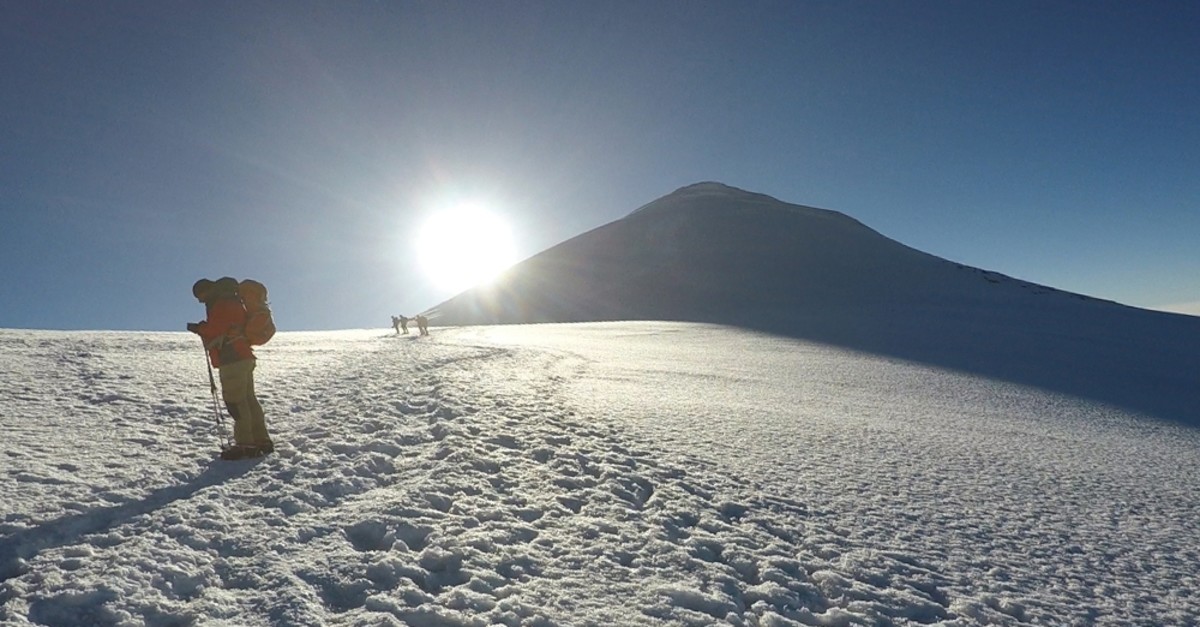 At Mount Ağrı (Ararat) National Park, one of the biggest in Turkey, autumn and winter can be experienced at the same time due to climatic changes related to the altitude.

The national park, home to Mount Ağrı, the highest point in Turkey at 5,137 meters, offers different experiences of beauty.

In the 88,104-hectare park, you can experience different climatic conditions at different altitudes, from snow-covered peak to forest going through the autumn transformation.

Mount Ağrı National Park is a haunt for numerous local and foreign tourists. It is home to 385 different species, including 100 bird species, 52 endemic plants, predators, mammals and reptiles.

It is located on the junction point of the borders of Armenia, Nakhichevan and Iran, the park draws the attention of visitors all year round because of its natural beauty, including the rich flora and fauna. Iğdır Nature Conservation and National Parks (DKMP) Director Mete Türkoğlu told Anadolu Agency (AA) that Mount Ağrı National Park is an important natural habitat for animals and plants species in eastern Anatolia.

He noted that the interest in the national park is growing every day. "Mount Ağrı National Park was announced as a national park in 2004. In 2015, a long-term development

As the altitude changes, so does the climate

Türkoğlu said the Mediterranean climate dominates at low altitudes but this changes as it increases. "The diversity of flora and fauna change from 850 meters to 5,137 meters. The national park has a large variety of flora and fauna as it shares borders with three countries and a unique geographical location."

He added that the national park draws scientists, nature lovers and photographers. "Nearly 385 different species were identified here between 2008 and 2015. Fifty-two of them are endemic and four of them became part of the literature under their Turkish names. In terms of birds, vertebrates and invertebrates, Mount Ağrı is very rich. Visitors to the national park can observe streams, wild animals, different vegetation, the glaciers of Mount Ararat, valleys and changing climatic conditions."

Türkoğlu emphasized that the national park should be a must-see because of its natural richness. "We have not seen anyone who visited this place and did not admire it. One who sees this place always wants to come back."