Recreating the lifestyle of ancient Turks in the mountains 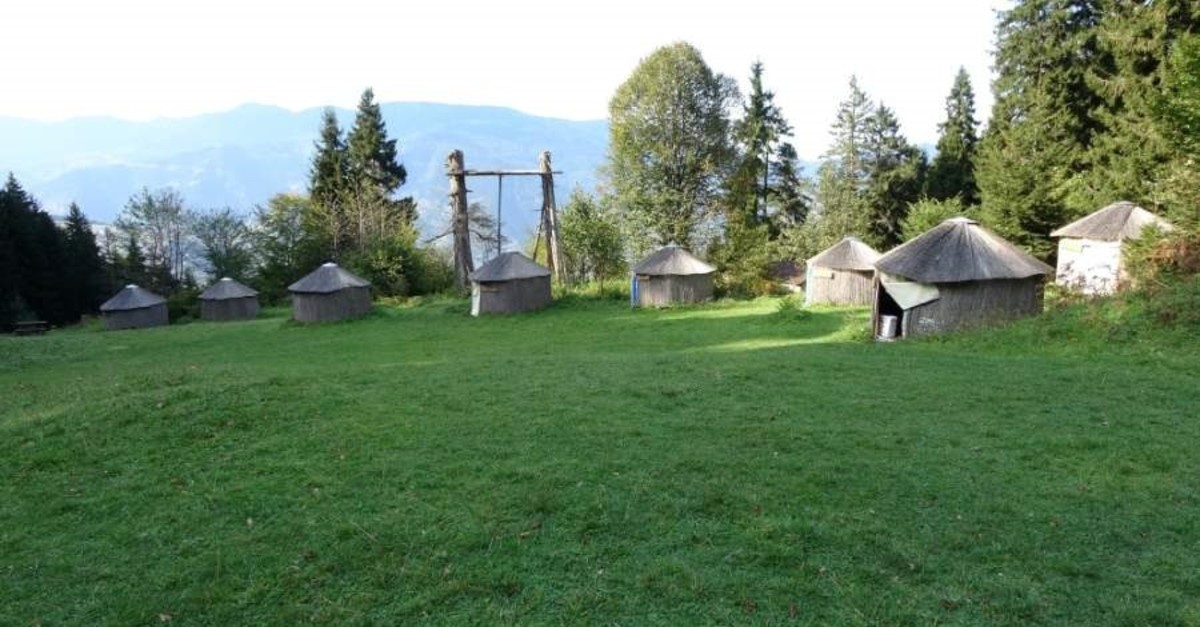 Ancient Turks who were nomads, wandering around their territories as the weather changes, lived in tent cities they called “oba.” In time, they began to settle down, building houses of their own and claiming their own lands. However, the “oba” culture has never been forgotten.

Salih Kantarcı, a retired police officer in the Black Sea province of Trabzon decided to recreate the lifestyle of the ancient Turks on his 15-decare piece of land. He erected a total of 24 Turkic-style huts at an altitude above 1,200 meters from sea level, offering a slice of Turkish culture to local and international tourists.

As the camp site is surrounded with pine trees, visitors have a chance to return to nature while getting know how the ancient Turks lived in Central Asia. The visitors are offered ayran, cold stewed fruit and “likarba” juice, all of which are made in the way the ancient Turks made them thousands of years ago. Apart from the cultural activities, the visitors to the Turkic oba can sign up for mountain cycling, paragliding, rafting and photo-safari tours.

Speaking to the press, Kantarcı said he did everything for the camp site on his own with the aim of turning the region into a hub for eco-friendly tourism. “Maçka is the most beautiful corner of Trabzon. I had a dream of protecting nature while sharing it with other people. After I retired from my duties, I decided to realize my dream,” said Kantarcı.

It took the retired police officer three years to build the ecological heaven he had been dreaming of. He named all the huts as one of the Turkic tribes in the Central Asia to help people learn about their ancestors. “People are very curious about the history. They ask me lot of question which makes me happier,” added Kantarcı.

Moroccan citizen Ahmed Oussous is one of the guests of Kantarcı at his Turkic oba. Oussous said that he has been in Turkey many times but after seeing the oba online, he made a trip exclusively to see this unique camp site. “I came here to spend a night but I have been here for four days. This is such a beautiful place. Istanbul is too crowded and noisy, but here you can really feel rested. I will definitely come here next year,” Oussous said.