Hidden corners of Anatolia you won't want to miss 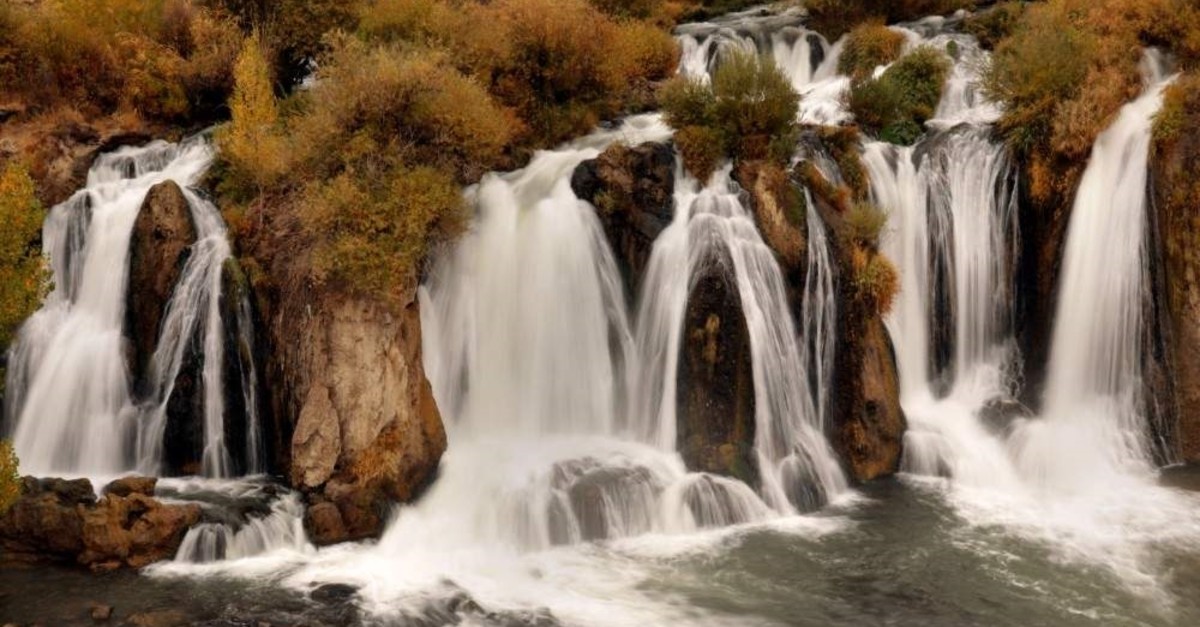 Muradiye Waterfalls in the eastern Anatolian province of Van stand out with their exquisite scenery.
by Daily Sabah Oct 25, 2019 5:23 pm

Ready for adventures off the beaten track in Turkey? If you are, it is high time to grab your backpack and put your hiking boots on

Beautiful, fresh, natural, picturesque and mysterious are the few adjectives that can be used to describe Anatolia’s natural beauty and everything that these lands offer to residents and visitors. Although Turkey has been one of the leading countries that has stepped up in the tourism industry, there are still hidden corners waiting to be discovered by nature lovers.
Here are few of the destinations off the beaten track worth checking out when you are in Turkey:
IHLARA VALLEY
Cappadocia is known for its fairy chimneys and underground settlements that were once home to early Christians. However, there is a natural wonder just out of the tourists’ sight: Ihlara Valley.
Located in the borders of Güzelyurt district in the central Anatolian province of Aksaray and described as "the pearl of Cappadocia," the Ihlara Valley takes its visitors on a journey through both history and nature. The valley came into being when the volcanic Hadan Mountain, which is now dormant, erupted, creating a layer over the land. In time, due to floods, rain and snowfall, the valley assumed its present state. Some parts of the valley have now reached 120 meters in depth.
Offering a beautiful sight for nature lovers, the valley also harbors charm for history enthusiasts. If you go down to the valley, it is highly likely to come across churches, monasteries and chapels carved into the rocks. The Selime Cathedral, which was built 1,700 years ago, is probably one of the must-see places in the region.
KAÇKAR MOUNTAINS
Winter is coming, and one of the best places to visit in Turkey when the snow falls is the Kaçkar Mountains in the Black Sea region. Kaçkar Mountains National Park, located mostly within the boundaries of Çamlıhemşin, Rize is Turkey's fourth highest peak with 3,937 meters. With its mesmerizing landscape, fauna and endemic plants, the mountains are a haven for amateur photographers and botanists.
If you happen to visit the place before the snowfall, you can visit Kito Plateau and the famous Şenyuva Bridge, which was built entirely from stone in the 17th century. However, if you visit the Kaçkarlar Mountains in winter, make sure you book an appointment for heli-skiing, which is an adrenaline sport where skiers jump from helicopters onto the steepest part of the mountains, challenging their bodies as well as their skiing skills.
ŞEHRİBAN CANYON
The Black Sea region is not short of natural wonders, and Şehriban Canyon in Kastamonu is one of them. Let’s be honest: Kastamonu province is not a tourist destination but when Şehriban Canyon was first photographed in 1997, it became a hub for adventure junkies. The canyon is one of the most dangerous canyons in the world. A small river flows inside, but the current is so fast that people have actually been injured in its waters. The canyon was not penetrated by people until a group of adventure lovers passed through it in eight hours in 1997. Furthermore, Kastamonu is home to five other canyons, which makes the Şehriban Canyon an excuse to discover the city and its natural beauties.
CİLO MOUNTAIN
Turkey’s second-highest peak at 4,170 meters, Cilo Mountain is a perfect place to admire the beauty of eastern Anatolia. However, what makes Cilo Mountain unique for Anatolia is its being a glacier, making it a popular spot and challenge for ice climbers. The ice valleys go as deep as 10 kilometers during winter and even in the summer, it is possible to see snow and ice on the mountain. Cilo Mountain also offers unique views that are as good as the Alps and the Himalayas, especially for photographers.
MURADİYE WATERFALL
The eastern province of Van is mostly known for Lake Van, which is the biggest lake in Turkey; however, it is not the only mesmerizing body of water in the region. Muradiye Waterfall has superb scenery and a refreshing atmosphere which will make you want to visit the region every season. Located 80 kilometers from the city center, Muradiye is a large waterfall, offering beautiful scenes both in summer and winter. However, the most unique aspect of the waterfall can be seen in winter when it freezes solid. The site has picnic areas and facilities that enable you to listen to the burbling waterfall and enjoy life.
Last Update: Dec 20, 2019 1:14 am
RELATED TOPICS