Best places in Istanbul to embark on a photo journey 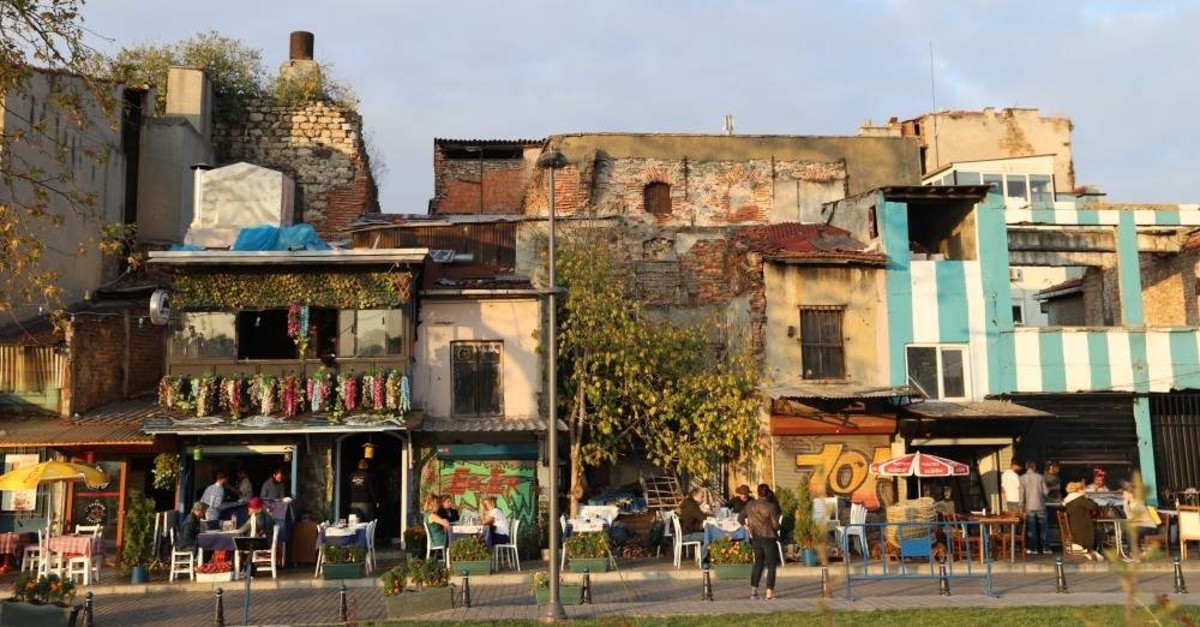 To be a street photographer, you do not need fancy cameras, just the will to embark on a journey, a bit of an adventurous soul and a smartphone with a camera

When I look around, whether a street or a building, I notice tiny details. Everyone sees buildings, windows, sidewalks or people walking around but they do not linger on the details. Something else grabs their attention and they move on. However, I want to see all the colors of a street – both literally and figuratively – and think of all the details inside a frame. I want to tell the story about the streets I walk through my photography.

Today, everyone can be an amateur photographer since all that is needed is a smartphone with a camera and a social media account to share the “stories” you capture. I am one of them, a beginner and a part-time photographer.

Moments of life that are the most inconspicuous are important for a street photographer. All of the details in a city tell a different story to a photographer. While I am walking with my camera, I try to focus on the details that not many people see and capture them.
For big-city dwellers like us, capturing stories is easy. After all, cities like Istanbul are abundant in stories. However, being a photographer in a big city is also a challenge. For instance, my city, Istanbul, is an ancient and ever-changing settlement, meaning that a street you took a photo of can go through major changes in a week. Hence, capturing life in the city is also nostalgic, a way to look back on the things as they once were.

Therefore, I proposed a challenge to myself. Last week, I embarked on a photography adventure to take the best photograph of Istanbul. I gave myself 12 hours to complete this challenge and pinpointed three locations in Istanbul that are amateur photography heavens.

Walking along the Golden Horn, you enter Balat, one of the trendiest locations in Istanbul when it comes to photography. The streets of Balat might make you feel lost, but this is what attracts me the most to this place. While I was taking photos of the old wooden houses, colorful doors and washed-up buildings of the good old days, I also tried to capture the regular flow of daily life, a microcosm of Turkey’s neighborhood culture.

In Balat, Aya Nikola Church, Küçük Mustafa Paşa Hammam, the Bulgarian Orthodox Church, the Fener Greek Patriarchate, the Red School and Church of Saint Mary of the Mongols are the most visited – and photographed – places in the neighborhood. I myself wasted half of my time in Balat, taking a few of the best photos I have ever taken.

After I left Balat, I took a bus toward Süleymaniye, the second location I picked for my challenge. The neighborhood of Süleymaniye is centered on the imperial Ottoman complex of Süleymaniye Mosque, which was built by the Ottoman Sultan Süleyman the Magnificent. The mosque has been one of Istanbul’s four historical UNESCO World Heritage Sites since 1985, encompassing numerous historical timber houses dating back to the late 19th and early 20th centuries.

This place is usually swarmed with tourists and Istanbul University students, so if you want to take a good photo, you need to be clever to find streets and back alleys that tourists and freshmen students have not yet discovered. The daily life, locals, students trying to catch their next lesson and ramshackle buildings in the neighborhood are the best subjects for street photography.

Right across the Golden Horn from Süleymaniye, I can see the next and last location I picked for my challenge: Karaköy. Karaköy is a developing and highly popular neighborhood among youngsters in the Beyoğlu district. One side of the district is home to workshops and old trade centers, while the other side is a maze of third-wave coffee houses.

Local traders, tourists and people coming in and out cafes are an interesting combination of subjects for me. Abandoned buildings are the best background for street photographers and, to be fair, this is the reason I picked Karaköy as my final location.

When I arrived in Karaköy at 6 p.m., the sun was in the position that I wanted. I specifically decided to do this challenge on the weekend, when Karaköy is crowded with people from different backgrounds, perfect subjects for my art. After capturing some good shots on the back streets, I headed to Karaköy Bridge to snap photos of the people who were fishing there. As the sun went down, I triggered the shutter of my camera for the last time, bringing the legendary Bosporus and Galata Tower together in a single frame.