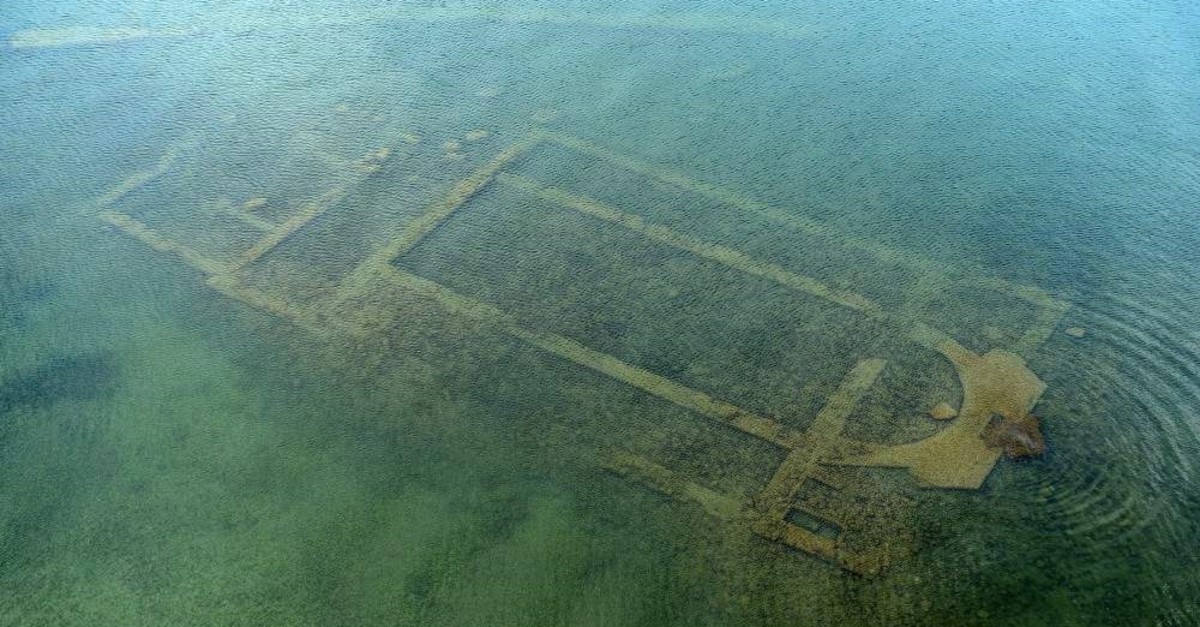 The basilica is believed to have sunk after an earthquake in the eighth century. (AA Photo)
by Daily Sabah Nov 06, 2019 2:10 pm

When it was first discovered in 2015, the sunken Roman basilica in southwestern province of İznik caused a stir around the world. The basilica, which was built 1,500 years ago and then sunk under the water of Lake İznik, has been excavated by divers and archeologists for years. Now, Turkish Travel Agencies Association (TÜRSAB) has announced that tourists will be able to visit the basilica with special diving equipment.

The church was built around 390 A.D. on the shore of the lake beside the city of Nicaea, as İznik was then known. But the basilica was destroyed in an earthquake in 740 A.D. and sunk under the water.
İznik was an important religious center both in Roman and Byzantine times. Some archeologists believe that the basilica is an example of early Christian architecture, dedicated to Saint Neophytos of Nicaea. However, some finds at the site, like these coins from the reign of the emperor Antoninus Pius suggest the church may have been built over an even older pagan temple.

The submerged museum, which will focus on the basilica’s ruins, will feature the archeological finds that have been excavated since 2015, including the memorial stamp of the Scottish knights, who are believed to have been the first foreign visitors to the basilica, before it was swallowed up by Lake İznik.