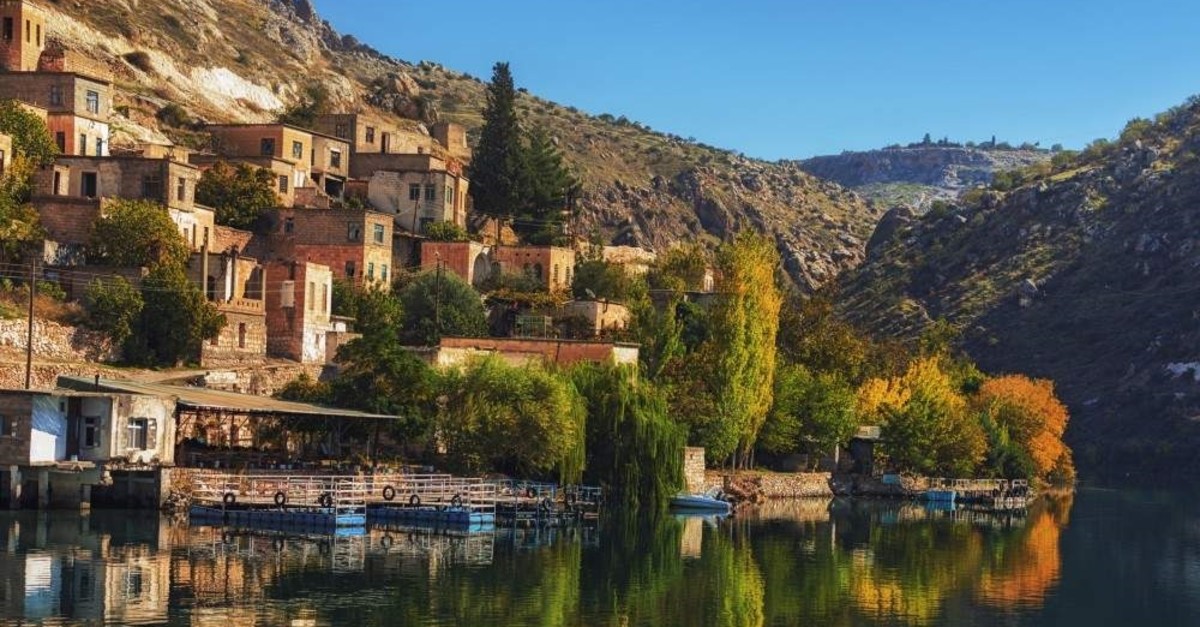 This week, we are traveling to a place that has been reborn. Fed by the waters of the Euphrates, Halfeti in southeastern Anatolia gives hope and the opportunity to take a break from the chaos of big cities

Thanks to today’s global trends, people as well as the settlements they live in, whether metropolises or small towns, have adapted to the fast pace of modern life. However, this rapid globalization and humanity’s race to tear down the old ways to build more “modern” ones have resulted in communities, especially urban areas, losing their uniqueness.
To protect parts of the world that continue to remain untouched, the "slow city" movement initiated by the Cittaslow Network based in Italy strives for the preservation of originality in the face of overwhelming globalization. The slow city movement sets parameters which ensure the viability of cities that emphasize the importance of improvement in the social, economic, cultural and environmental spheres.
Situated in one of the most fertile areas in the world and home to numerous civilizations and people from different ethnicities for thousands of years, it is not surprising that Turkey has a total of 17 towns across Anatolia recognized by the Cittaslow Network. From east to west and north to south, Anatolian people have inherited lifestyles and traditions from their forefathers for generations. By joining the slow city movement, these towns also have a chance to preserve nature as well as the historical elements in their regions.
Submerged beauty of Halfeti
Set on the eastern bank of the Euphrates, Halfeti, a district in the southeastern province of Şanlıurfa, embodies Mesopotamia’s proverbial fertility. Added to the Cittaslow Network in 2013, Halfeti was founded in the ninth century B.C. and inhabited by Assyrians. Following the rule of the Roman Empire, the Sassanians, Arabs, Umayyads and Abbasids ruled the area between the sixth and eighth centuries A.D. In the 11th century, Seljuks gained controlled of the territory, followed by the Ottomans in the 16th century.
After Birecik Dam was built and opened in 2001, most of Halfeti was submerged under water; hence, there are two Halfetis to visit: the old town, which includes the submerged part of the settlement, and the new town, where the inhabitants of the old town moved after the construction of the dam.
However, this kind of resettlement is not always a tragedy. After being submerged, Halfeti has become a major tourist attraction, with people visiting the old city via boats daily. In fact, a few of the most dramatic views of the old town can still be seen from aboard a boat. The semi-submerged stone houses, trees, mosque minarets, remnants of the old castle and palace offer scenery reminiscent of a fairy tale. Those feeling a bit more adventurous can gear up and dive into the dam's waters to explore the rest of the town under the surface.
Honestly, Halfeti is a pleasant surprise for visitors, with its pristine natural beauty that resembles a coastal town. The plants, fruits and vegetables grown in Halfeti parallel those grown on the Mediterranean coast, so it offers a nice resort-town feel to visitors.
Black rose of Halfeti
Halfeti may appear to be an endlessly cheerful city with the sun shining almost every day of the year, but it has a “dark side": its rare rose. Grown in the old town, the black rose of Halfeti blossoms dark red but then turns to black. Before the dam opened and the old town was submerged, district officials took precautions to protect the rare blossom since it could not be grown in the town's new location. Officials collected the seeds and planted them in greenhouses near their original location to imitate its natural growing conditions and managed to save this dark beauty.
Halfeti’s cuisine is same as the any other place in the southeastern Anatolia: delicious meals with lots of meat. Famous for its traditional kebabs, appetizers and desserts, Halfeti cuisine is often offered to visitors at the restaurants nestled on the shore of the Euphrates.
Last Update: Dec 20, 2019 1:32 am
RELATED TOPICS