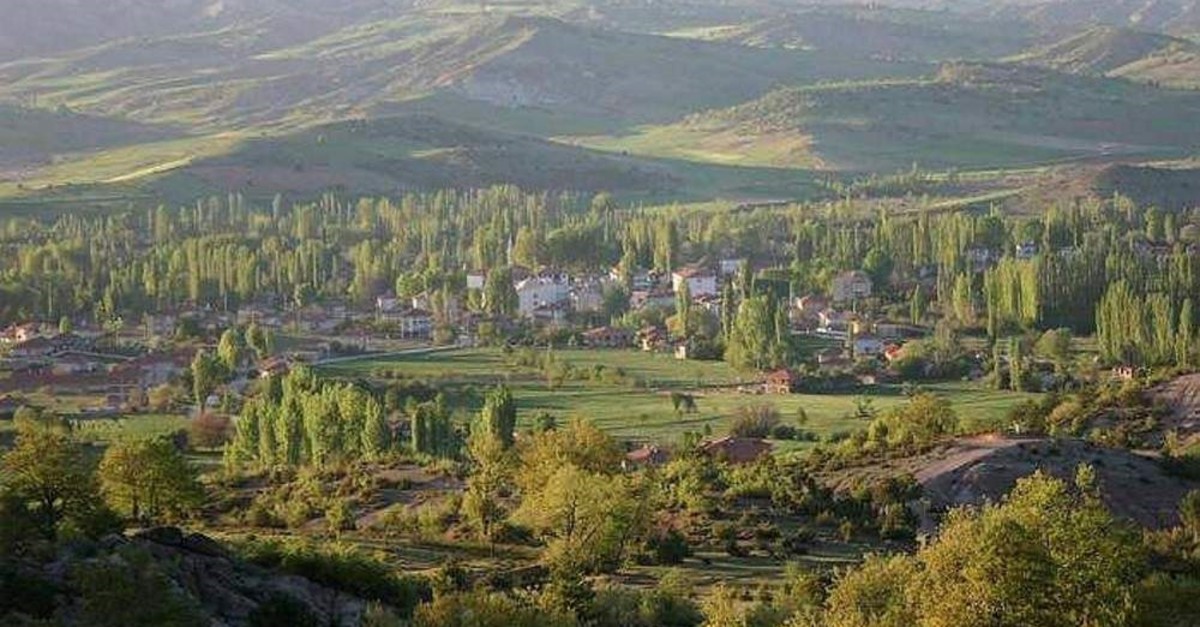 Thanks to its close proximity to the ancient city of Orthosia, Yenipazar became a new marketplace for the surrounding regions. (Sabah File Photo)
by Miraç Tapan
Jan 31, 2020 2:46 pm

Yörüks, the nomadic Turks in Anatolia and Rumelia, are an almost-forgotten essence of the Turkish culture. Yörüks are shepherds who migrate into the uplands in the winter, and further down the mountains in the fall. Today, however, most of them have settled down in big cities to earn their livelihood. Although some of the Yörüks in the eastern and southern parts of Turkey continue their ways and try to keep their culture alive, the Yörüks of western Turkey are nearly gone. However, there is one town in the southwestern province of Aydın that continues to keep the Yörük culture alive, and it happens to be a slow city: Welcome to Yenipazar.

Located 40 kilometers from Aydın's city center, on the southern banks of the Meander (Büyük Menderes) River, Yenipazar is a quiet, rural town of almost 7,000 people. The town boasts of the bravery of its locals who fought the occupation forces during the Turkish Independence War. When you are in Yenipazar, you cannot help but wonder how locals lead a life slower than in any other place. The locals attend to their farms, civil servants work happily at their jobs and parents are glad that they can raise their children in a safe place that is one with nature.

The locals, whose ancestors were the brave Yörüks who fought with the occupying forces in the 1920s, try to preserve this Yörük culture. They still organize their wedding ceremonies according to their traditions and, most importantly, you can see some of the locals dressed in their folkloric attires doing traditional Yörük dances. If you are lucky enough to pop into a wedding when you are visiting, make sure that you join and do not be afraid; locals always love to share their happy moments with guests.

What to do in Yenipazar?

Yenipazar became a part of the Cittaslow Network in 2011 and it is so far the smallest slow city in the world, but this does not mean that there is little to do there.

If you take a walk in the town, you will see how organic food is being grown by the locals. In Yenipazar, you can see who is cooking what you eat, and which ingredients are being used. If you are curious about the recipes and how they came into being in the first place, you can chat with the locals, who will be glad to answer all your questions. The most famous dish in Yenipazar is a flatbread called pide. You can find similar flatbreads around Turkey but surely nothing like the ones in this slow city.

Yenipazar also has a local market that offers a variety of products. You can purchase some organic fruits and vegetables as well as the handicraft that the locals make. The market thrives with healthy products including the herbs that the locals use as medicines. If you are traveling by car, make sure the trunk is empty because it will be full after your visit to the market.

If you love history, Yenipazar also has few things to lure you in. The ruins of the ancient city of Orthosia wait for you just outside the town. According to Strabo, a Roman-era Greek historian, Orthosia was a city that flourished in the ancient Caria region thanks to trade and food production. However, after the attacks on the city by the Kimmers in the seventh century B.C., control of Orthasia changed hands multiple times. The Byzantines continued to live in the city until it was conquered by the Anatolian Beylics. Archaeologists discovered the remains of the city in 1999 and unearthed some of the finest examples of mosaics, which once decorated the floors of the houses in the city. The theater and the Byzantine buildings remain standing. Well-protected tombs and graves on the necropolis show qualified workmanship.

Yörük Ali Efe House is another must-see place in Yenipazar. It was the home of Ali Efe, a Yörük who fought during the Turkish Independence War and was decorated as a national hero. The house was renovated after Ali Efe's death and his family donated it to be turned into a museum. At the house, you can find the personal items that this national hero used during his lifetime as well as the historical records of the freeing of the western cities of Turkey during the war.